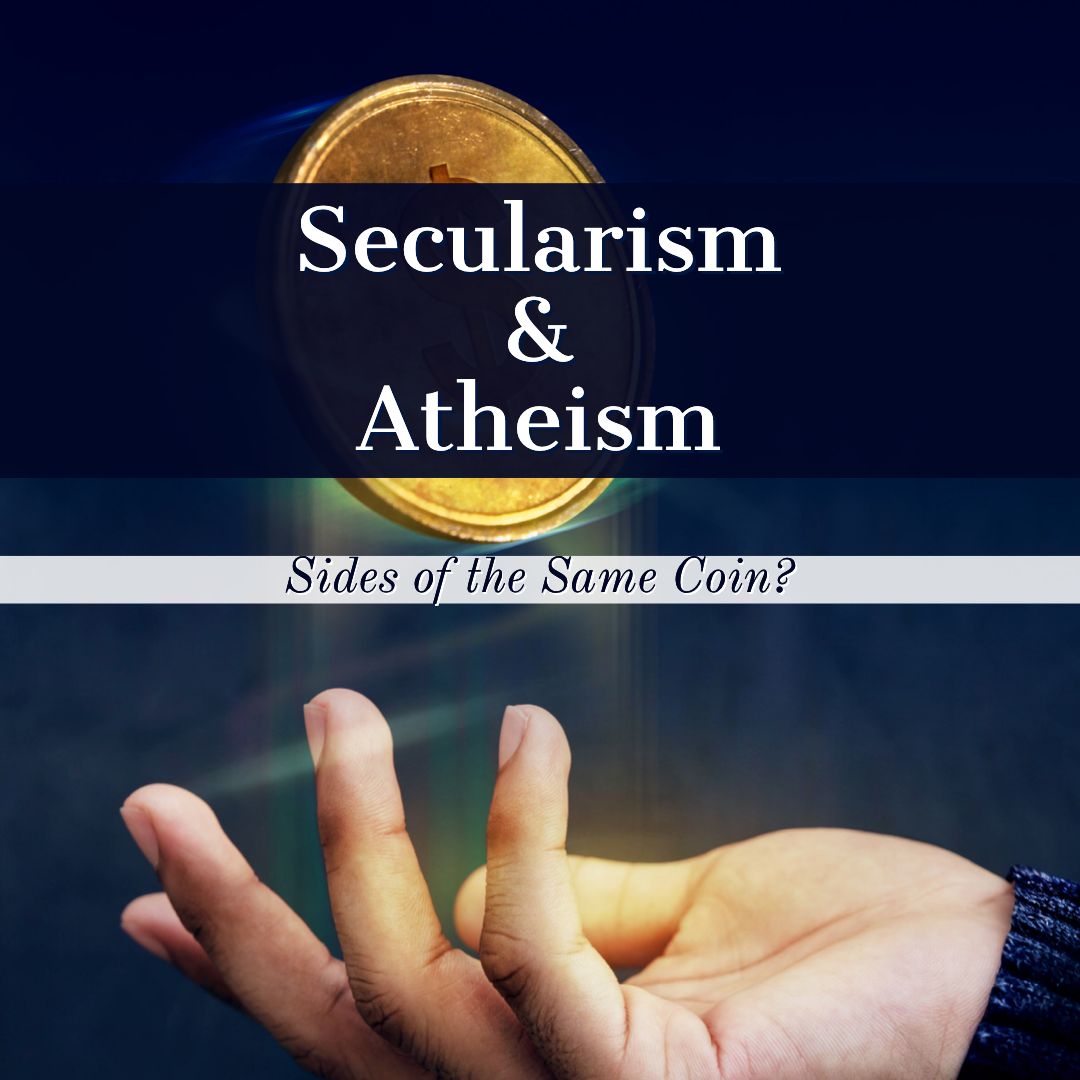 The world has been taken over by a storm with emerging concepts like secularism and atheism. Although both are considered to be distinct from each other, there seems to be a major overlap between them, which– we’ll learn– is of serious concern.

Secularism seeks to separate the governing society from what one personally believes in or worships. It builds a society that is free from any kind of religious interference in government policies, education, and other worldly affairs. It was established in order to adopt equality and justice in society.

Atheism, on the other hand, rejects the core religious belief, which is the belief in the existence of God.

Atheism and Secularism– The Beginnings

One of the interesting facts about secularism is that it was initiated by an agnostic. It began at a time when people were tired of the church and its regulations. Hence, they wanted to separate the two– religion and livelihood. It was also during this time that the denial of the existence of God witnessed an upsurge.

“IS GOD DEAD?” printed on the cover of Times magazine in 1966 caused chaos amongst people who supported and defended this concept. Ever since then, or even before that, there has been an increase in atheists and agnostics, who contributed to the progressing secularism on the essence of God being dead.

Technically, secularism recognises people of all religions in neutrality. According to certain studies, atheism is also included in those religions. Research also points out that the majority of atheists are active secularists. The reason is that secularism promotes no involvement of God or God-like regulations in the ‘important’ affairs of a man’s life.

However, over time, this ‘no involvement’ has been promoted so much that the original purpose of secularism has faded out, making way for hypocrisy in the system. In the guise of secularism, many religious practices have been isolated from government, education, finance, and many other aspects of a person’s life. For instance, a ‘secular’ country, France, banned the hijab in the name– and for the purpose– of secularism itself.

So, since secularism has removed the inclusion of God and His commandments, retaining religion only for the sake of celebrations, it has caused man to overestimate his ability to that of an unstoppable power that can change lives, leading him to think that he can do anything and everything!

Then, the question arises, “What do we need God for?”

Voila! Atheism is the result.

The Trending Taghut– The Danger of Secularism

“Have you not seen those who were given a portion of the Scripture, who believe in superstition and taghut (false objects of worship) and say about the disbelievers, ‘These are better guided than the believers as to the way?’”

Every generation of man was deviated by a taghut. Taghut is anything that is worshipped or followed other than Allah ﷻ. This has been a major weapon of deviation for shaytan. During the time of the Prophet ﷺ, it was the idols that were the taghut.

Now, instead of the taghut, shaytan has employed other, more subtle, ways to slither into minds. His deviation tools are disguised as multiple things, one of which is secularism. And it is a sad reality that some Muslims support the hypocrisy of secularism.

Amongst the secular countries reside the names of certain Muslim countries as well. This has caused the formation of groups of secular Muslims who limit the deen to only following the five pillars, while the rest is plainly ignored. There have been instances where Muslims pronounce things such as, “The deen and dunya (world) are separate.” Therefore, in order to live in this world, one needs to act the way how the people of this world would want them to. Consequently, over time, they deviate from the religion gradually, setting themselves on the path to disbelief.

“Then I will come to them from before them and from behind them and on their right and on their left, and You will not find most of them grateful [to You].”

Every generation of man has faced its own type of fitnah (evil) that was planted by shaytan. As the world progresses, so do the challenges. Successful is the one who overcomes his challenges and turns to his Rabb.

As the Ummah of the Last Prophet ﷺ, we are faced with not one, but multiple fitan. Be it secularism, atheism, or agnosticism, they are all part of the fitan of shaytan, who has surrounded us from all sides. We cannot be too afraid to face them.

It will be very easy to fall into the shaytan’s trap, but our victory lies in turning back to our Rabb by holding on to the Qur’an and sunnah firmly. We should learn and adhere to our deen, remembering our true purpose– worshipping and pleasing Allah ﷻ.