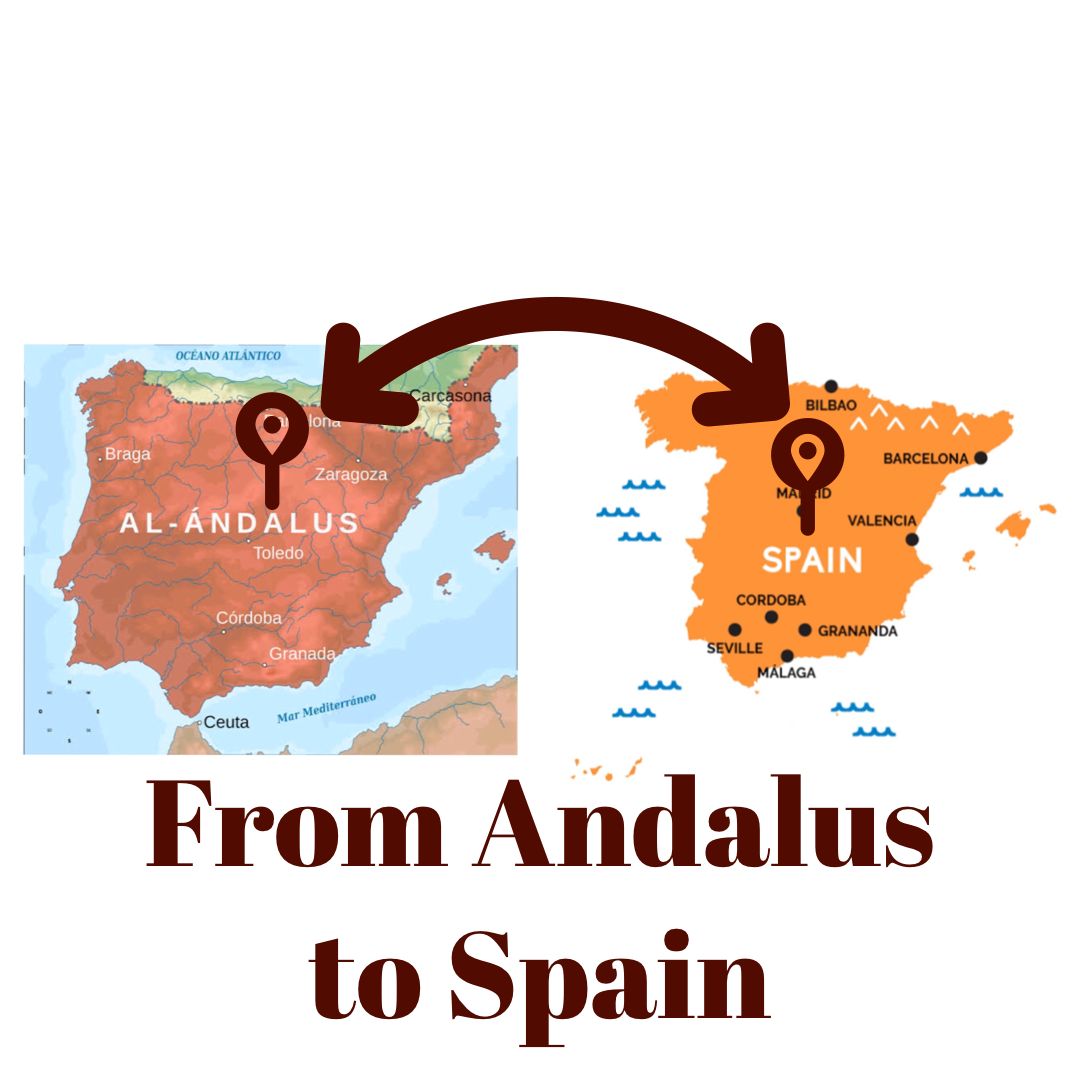 Spain, a kingdom that held a large part of the Iberian Peninsula, was known for its robust land and people. History recalls it being constantly exploited by various empires― starting from the Romans who stole its riches, followed by the Germans, and finally the Visigoths. These kingdoms ruled the land of Spain with slavery and savagery. Their laws were unjust, slaves being a requirement. There was a large gap between classes, where only the royalty and higher classes made merry, while the common man and labour suffered. This darkness continued for centuries, until the advent of Islam.

The dawn of Islam in Spain, or Andalus as it was known by the Arabs, began with the arrival of Commander Tariq bin Zaid with 30,000 of his soldiers. Gradually, the Muslim army successfully conquered Andalus, and it remained under Muslim rule for about 780 to 800 years. Unlike other kingdoms, the Muslim rule was more secure and stable. One of the defining differences between Muslim Spain and the rest of Europe was that people from different religions were free to practice their faith due to tolerable and just Islamic laws.

With Cordoba as capital, marvellous and great architecture was seen in Andalus. Monuments such as the Alhambra palace, Giralda tower, Alcazaba castle, and the Mosque at Cordoba remain stunning to this day. The capital had about 200,000 buildings, 1500 mosques, and nearly 1000 public baths. The infrastructure was more advanced than any European nation during that period. Knowledge was at its peak; even the Christian kings sent their children to Andalus for the best education. Arabic became the language of the intellectuals, and it was studied by travellers and students.

Andalus was an icon amidst a dishevelled Europe. It was built based on the efforts and imaan of Muslims. But this asset did not last long due to disunity in the ummah and disobedience towards Allah ﷻ.

western wildfire. Through the advent of the renaissance and crusades, the generals led, and the armies charged. But the actual battle attack was stricken elsewhere.

It was the ultimate weapon in disguise that the westerners used to raid the Muslim intellect.

Travellers, scholars, and students came from far and wide to learn Science, Mathematics, Astronomy, and Philosophy in Andalus. They studied Islam and Muslims even further. As Arabic was the main language of this educational system, many of these works were translated into European languages― The Qur’an was among them. By doing this, the orientalists treated the Qur’an like every other ordinary piece of literature, adding commentaries with their own theories and misinterpretations.

In the end, Andalus was handed over to Christian forces by the defeated and divided Muslim forces, for a false promise of Muslim citizenship in Spain. Although the war ended in 1492, Muslim rationality and intellectuality were infiltrated a long time ago and continue to do so.

The Influential Past Leading Today

The goal of orientalism― Christianization and transformation of the region― was successfully achieved. The impact of the success is seen even today.

Islam was completely wiped out of the country. Muslims were forcefully converted or unjustly expelled, and eventually, imprisoned or killed. The majority of Catholic churches in Spain today were originally mosques, such as Cristo de La Luz (Mosque of Cristo de La Luz), Alcazar of Jerez de la Frontera (same name), Santa Maria La Coronado Church (Medina Sidonia), and many more. This list also includes the great Seville Cathedral built on the site of a mosque.

History was so completely changed that no one remembers that this land was once called Andalus. Historical meddling was achieved by concealing information. For example, in 2016, the Bishop of Cordoba claimed that Muslims had little to no involvement in the architecture of the great Mosque of Cordoba, which is a church today. In another case of tampering, the UNESCO Heritage site Alhambra Palace’s history was embellished with tales of romance. Many artists such as English poet John Dryden were responsible for enhancing this gibberish tale.

Conversely, many orientalists also travelled for the genuine reason of gaining knowledge from the great Muslim scholars, and many of the Muslim works are preserved by them to date. In fact, some orientalists of the nineteenth and twentieth centuries asserted the importance of Islam being part of Spanish history and are recognized for their works, such as Edward Said and Washington Irving.

Nevertheless, the impact of the vile side of orientalism has resulted in a vicious cycle of racism, islamophobia, and in some cases, violence. People recognize Spain for its Hispanic or catholic culture, while the Islamic culture has been completely wiped off.

Orientalism did not just remove Islam from Spain, but also sowed the evil seeds of hypocrisy and bigotry toward Muslims. There was a time when Arabic was considered a sophisticated language; now, its words are looked upon as abhorrence. Muslims were known to be respected and inspiring intellectuals; now, a Muslim is just a plain old barbarian.

“History repeats itself.” This is bound to happen if we don’t learn from the mistakes of the past. The strength of Muslims has always been their imaan, which was strengthened by knowledge. As an ummah, we need to collectively study about orientalism and learn our deen in depth from Islamic institutions that are based on authentic sources. This will give us the confidence to answer the opposition and refute their false claims. And most importantly, we need to spread awareness on orientalism and the deen of Allah ﷻ, especially among non-Muslims.

With firm imaan and tawakkul in Allah ﷻ, these changes can restore the brotherhood and unity that existed in the society from the time of Prophet Muhammad ﷺ, eventually bringing back the days of intellect and innovation― the golden age of Islam.