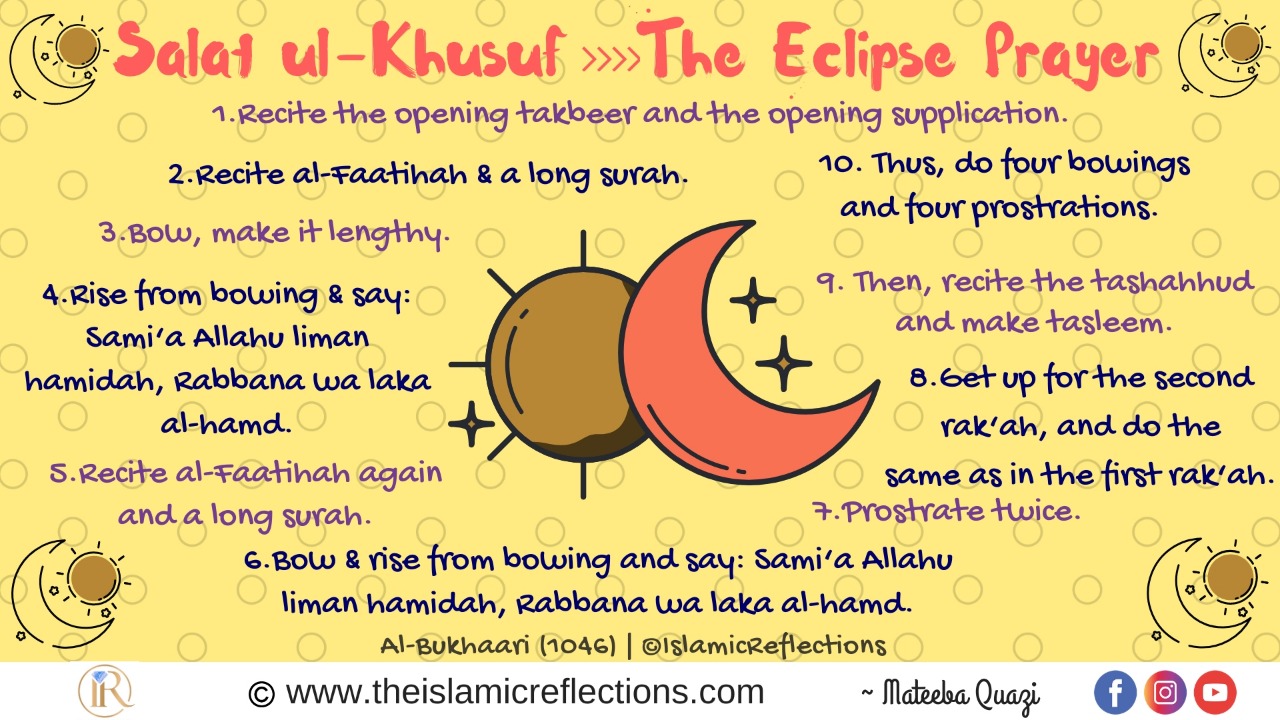 Eclipses are natural phenomena that happen when the stars and planets align. A lunar eclipse occurs when the Moon passes directly behind the Earth and into its shadow. This can occur only when the Sun, Earth and the Moon are exactly or very closely aligned, with the Earth between the other two. A solar eclipse occurs when a portion of the Earth is engulfed in a shadow cast by the Moon which fully or partially blocks sunlight.

Eclipses do not signify the death or birth of anyone, rather they are among the enormous signs and perfect creations of Allah ﷻ. They transpire to remind humans that they are another mere creation in this vast universe and do so to instill fear and gratitude in them.

Al-Bukhaari (1059) and Muslim (912) narrated that Abu Musa (R.A) said: ‘The sun was eclipsed, and the Prophet ﷺ got up in a state of anxiety thinking that it was the Hour. He came to the mosque and began to pray, standing, bowing and prostrating for the longest time I ever saw him do, and he said:

“These signs that are sent do not occur for the death or birth of anyone, rather Allah ﷻ sends them to create fear in His slaves. If you see any of them, then hasten to remember Him, call upon Him and ask Him for forgiveness.”’

Prophet Muhammad ﷺ would pray Salat ul-Khusuf whenever an eclipse would occur. The way in which he ﷺ performed the eclipse prayer is as follows:

It is Sunnah to pray Salat ul-Khusuf in jama’ah (congregation) because this is what the Prophet ﷺ did, but it is permissible to pray it individually as with all other Nafil prayers. However, praying it in a congregation is better.