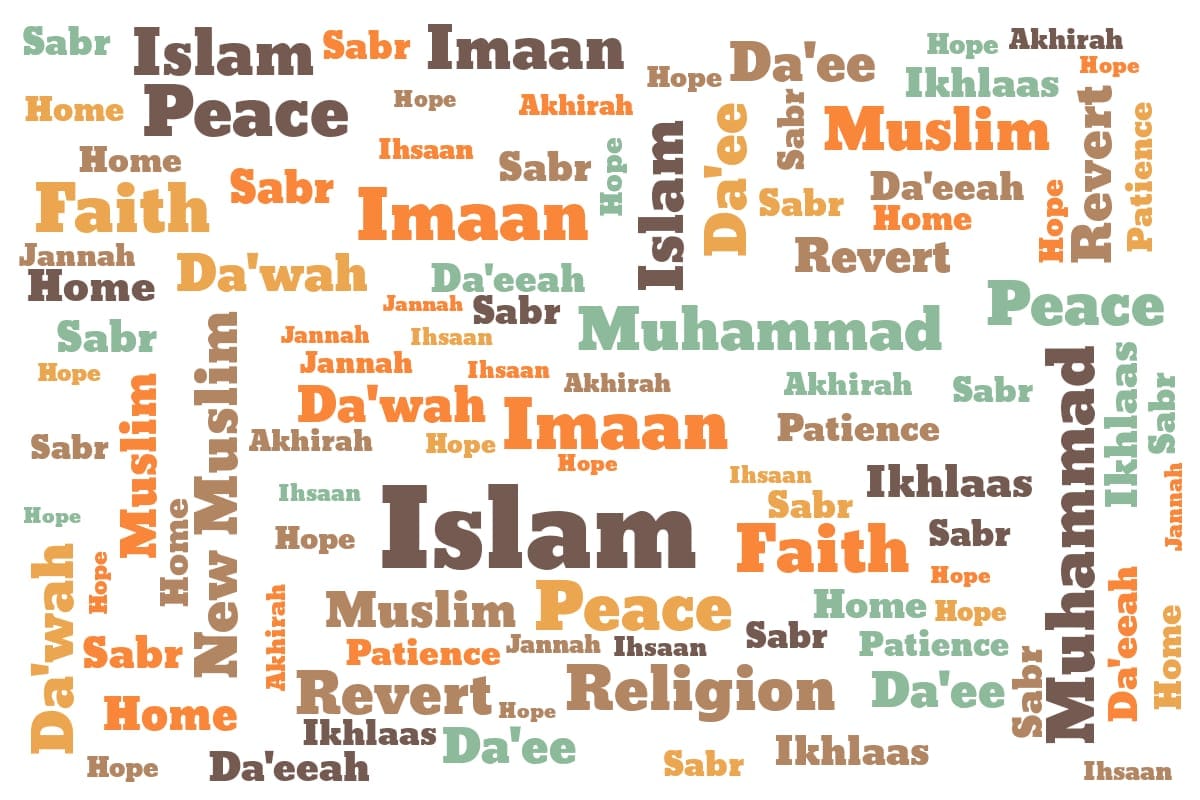 The literal meaning of the term “Da’wah” is “to invite” but in religious terminology, it refers to spreading the message of Islam; conveying its essence to Non-Muslims. Allah ﷻ has commanded the believers to do whatever they can in order to spread His message. He ﷻ has made the Muslim Ummah –both individuals and groups; male and female– responsible for this noble cause,

“You are the best nation produced (as an example) for mankind. You enjoin what is right and forbid what is wrong and believe in Allah.”

Framework of Da’wah- Guidelines and Principles

Da’wah is often misinterpreted and falsely portrayed as a means to convert others to Islam. However, this statement could not be further from the truth, and is propagated by those who lack true understanding of what Islam symbolizes and what it truly stands for.
The process of Da’wah is governed by a set of principles stated explicitly by our Prophet ﷺ in the Shariah. The first and foremost is the freedom of choice, as highlighted by the Quran,

“There shall be no compulsion in (acceptance of) the religion.”

Da’wah is simply a means to convey the message and the Da’ee (one who gives Da’wah) is simply the messenger. His goal is merely to share information and to invite others towards a better understanding of the true faith. While he is always present to clarify doubts and answer questions that will inevitably arise, he possesses no influence to make anyone accept Islam. It is entirely up to the listeners to come to their own conclusions and make their own choice.

Da’wah is a very delicate procedure, one that entails enormous responsibility. Allah ﷻ highlights the qualities of a Da’ee in Surah An-Nahl,

“Invite (all) to the way of your Lord with wisdom and beautiful preaching; and argue with them in ways that are best and most gracious: for your Lord knows best who have strayed from His Path, and who receive guidance.”

Da’wah Tips from the Prophet’s Life

“His character was the Quran.”

Her statement, like many other Companions (may Allahﷻ be pleased with them) attests to the fact that the Prophet ﷺ was the embodiment of all the principles contained in the Quran. His personality, attitude and mannerisms all reflected the purest of teachings revealed directly from Allah ﷻ. His life serves as a beacon of light, guiding every individual; from an average Muslim struggling to inculcate his teachings in his life to mend his connection with his Lord to an aspiring Da’ee striving to spread the message he brought.

Here are some of the few tips taken directly from Prophet Muhammad’s (SAWS) life from incidences where he gave Da’wah.

Ikhlaas (Sincerity)- Sincerity forms the backbone of all actions,

“Actions are judged by intentions and every man shall have (the reward for) what he intended.”

This hadith emphasizes that even if the outcome and nature of your endeavors are positive, it will be of no use ultimately if your intentions were misplaced. So take a moment to pray to Allah ﷻ to purify your intentions for His Sake and erase any trace of pride or arrogance that lurk hidden.

Engage in a dialogue, not monologue- Da’wah is an active process where both parties engage in meaningful conversation to arrive at a better understanding of religion. Answer questions directly and honestly and never be ashamed to say “I don’t know” when you hit a dead end. Avoid using Arabic terminologies when conversing with Non-Arabs to make them feel at ease.

Check your Body Language- Research shows that about 55% of all communication is nonverbal. This shows people naturally pay more attention to your vocal intonation, emphasis, facial expression, eye contact and body language than the words you speak. Many Ahadith state that Prophet Muhammad ﷺ would listen to his Companions (may Allah ﷻ be pleased with them) in rapt attention and maintain eye contact when they spoke.

Smile- Smiling is not only one of the simplest and most beautiful Sunnah, it is also a powerful tool that aids Da’wah. It makes an individual look affable and approachable. Ibn Jaz narrated,

“I have not seen anyone who smiled more than the Messenger of Allah.”

Invite to the Truth, Not Personalities or Organizations- It is easy for a Da’ee to slip up and start inviting his audience to a particular madhab or Sheikh, especially if he himself looks up to them. It is at these moments he must recall the verse,

“Say, “This is my way; I invite to Allah with insight, I and those who follow me.”

Scholars and organizations are flawed; they make mistakes and rectify themselves but the Quran and Sunnah are –and will forever be- preserved to perfection.

Sabr (Patience) and Perseverance- These two qualities head the list of prerequisites of a Da’ee. It is virtually impossible to achieve anything in life without patience and Da’wah is no different. Whenever you’re feeling down and notions of failure begin to cloud your thoughts and judgment, remember the patience of Prophet Nuh (AS), who gave Da’wah for 950 years but only a handful of people accepted his call of Tawheed.

Talk the Walk and Walk the Talk- As mentioned before, people are influenced by actions and behaviors more than they are influenced by words and statements. In fact, the best form of Da’wah is through action. Your character, how you react to different situations, how you treat those around you and how you manage to control your anger and respond with kindness has a direct impact on the people around you.

Last but definitely not the least: Never underestimate the value of your contribution. It might seem trivial to you but to another, it could be the final piece of the answer they’ve been searching for so long.

Da’wah is the legacy of our beloved Prophet Muhammad ﷺ. Its significance is emphasized by the following verse, which explains that not conveying the message – hiding knowledge – is disobedience to Allah ﷻ that causes His curse to descend upon such people.

“Indeed, those who conceal what We sent down of clear proofs and guidance after We made it clear for the people in the Scripture – those are cursed by Allah and cursed by those who curse.”

In the same connection, the Prophet ﷺ has stated,

“Whoever hides knowledge, Allah will brand him with the branding iron from the Hellfire.”

May Allah ﷻ bless us with the opportunity to guide those in need, to catalyze a change in their lives and strengthen their Imaan through us. Aameen.