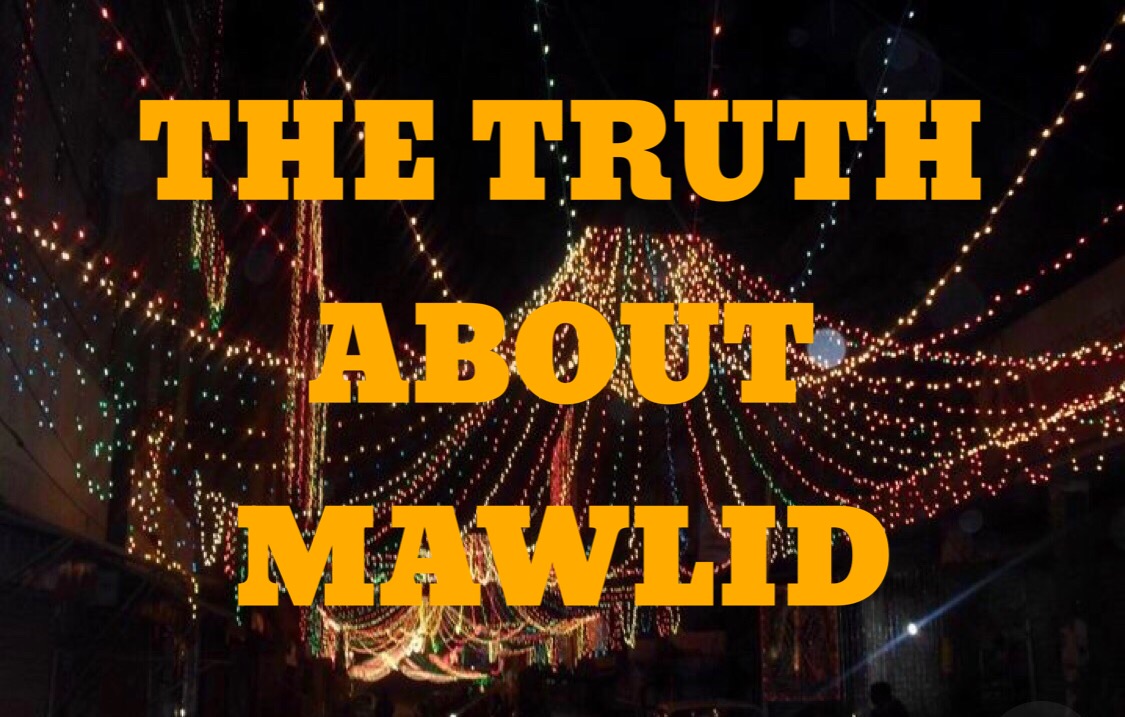 Islam is a clear-cut religion. The dos and don’ts are all evidently communicated to us through the Quran and Sunnah of the Prophet ﷺ. Muslims are supposed to follow the religion exactly the way it is mentioned in the Quran and Sunnah. But with time and the emergence of the trend of fitting in the society, Muslims have wrongly attributed and incorporated things in the religion. At a time when there are so many false notions and hatred for Islam among non-Muslims, some Muslims, instead of practicing the religion properly and giving out the true message of Islam, have involved themselves with innovated acts that have nothing to do with our religion. One such innovated practice is the celebration of Prophet Muhammad’s ﷺ birthday.

Every year in the Islamic month of Rabbi ul-Awwal, certain Muslims celebrate the birthday of our beloved Prophet ﷺ, much like how the Christians celebrate the birthday of Jesus (PBUH). There is absolutely no evidence from the Quran that supports this celebration. Neither do we know from any hadith that our Prophet ﷺ celebrated his birthday nor did the companions, who loved him so dearly, commemorate the day. Moreover, the Prophet ﷺ did not instruct them to do so during his lifetime or after his death. So how come in the present day do some Muslims practice something that had never been commanded by Allah ﷻ, or practiced by Prophet Mohammad ﷺ. What kind of love and reverence is acclaimed by innovating practices that the Prophet ﷺ never did or encouraged us to do?

In a hadith narrated by Al-Bukhari, Prophet Mohammad ﷺ specifically instructed the Muslims not to exaggerate about him the way the Christians exaggerate about the son of Maryam, Jesus (PBUH). However, this is exactly what is being done now; the Prophet’s birthday is being memorialized akin to how Christians celebrate Christmas. It would be apt to say that the Prophet’s ﷺ birthday, popularly known as “Mawlid” has now become the Islamic equivalent of Christmas. Astaghfirullah. It is ironic how someone can claim their admiration for the Prophet ﷺ by going against his wishes. No evidence from the Quran, Sunnah, or the statements of the companions and scholars with correct aqeedah, supports this celebration. Yet, people choose to celebrate this day for their own desires.

It is clearly approved from the sunnah of the Prophet ﷺ about the fasting on Mondays and Thursdays. In a hadith reported by Muslim, Abu Dawud and Al-Nisaai; on being asked about the fasting on Monday, Prophet ﷺ said that it was the day of his birth, and he was first given revelation on that day. This hadith implies that Muslims are recommended to fast on Mondays (though it is not obligatory). To all those who claim their love for the Prophet ﷺ, shouldn’t they be fasting on Mondays instead of imitating the West and celebrating his birthday much like Christmas? But then, curbing hunger pangs is difficult, while feasting is much liked and preferred by these people, as they are driven by their desires and not by sincere love for Allah ﷻ and Prophet ﷺ.

Furthermore, as if going against his commands and celebrating his birthday wasn’t sinful enough, such Muslims that are governed and controlled by their desires, also have a cake cutting ceremony, music and lewd dancing of immodestly dressed females, to celebrate this day. Astaghfirullah. Is this what our beloved Prophet ﷺ wanted us to do? Would he have wanted music and dance to be part of a Muslim’s life? Would he have approved the depravity of men enjoying the dance of such immodest women? All in his name? Never.

Innovating futile celebrations and practices in the name of a man who spent his entire life modestly, in austerity, and preaching moral values and spreading the word of Allah ﷻ,can only be utterly shameful, disrespectful and sinful.

Celebrating the birthday of the Prophet ﷺ has supposedly become a proof of one’s love and respect for him. Those who don’t support and celebrate this are considered “offenders of the Prophet ﷺ”.  Because of their choice to follow the religion the way the Prophet ﷺ taught, and by following the Quran and Sunnah, these people are disregarded and are considered disrespectful merely on the basis that they don’t do what the Prophet ﷺ didn’t want them to. How ironic!

The love that the companions had for the Prophet ﷺ is unparalleled. But none of them, not a single companion ever celebrated the Prophet’s ﷺ birthday. Abu Bakr, his closest companion and friend, by no means celebrated his birthday. And we know how much he loved the Prophet ﷺ. Ali, his cousin, his son-in-law and the first child to enter Islam; in no way did he practice this act. Whilst, Khadeejah, his first wife and his major support, Aisha, Umar, Uthman, the Prophet’s ﷺ beloved daughter Fatima, and every other companion and family member (may Allah ﷻ be pleased with them all) never attempted to celebrate his birthday.

These are the people that learnt Islam directly from the Prophet ﷺ. They saw the Prophet ﷺ with their eyes, heard him speak, sat with him, spoke to him, had their doubts cleared by him, yet none of them ever celebrated his birthday. Not a single verse from the Quran or any hadith supports this celebration. But people who celebrate his birthday disregard all of this and celebrate it because of their so called “love” for the Prophet ﷺ.

Say (O Mohammad): If you love Allah, then follow me, Allah will love you and forgive you your faults, and Allah is Forgiving, Merciful. [3:31]

True love for the Prophet ﷺ is in sincerely following the Quran and Sunnah and practicing the religion and worshiping Allah ﷻ just the way the Prophet ﷺ did. On the other hand, innovating practices in the religion upon his name, is not a mark of love but an unintelligible way to be held accountable for sin.