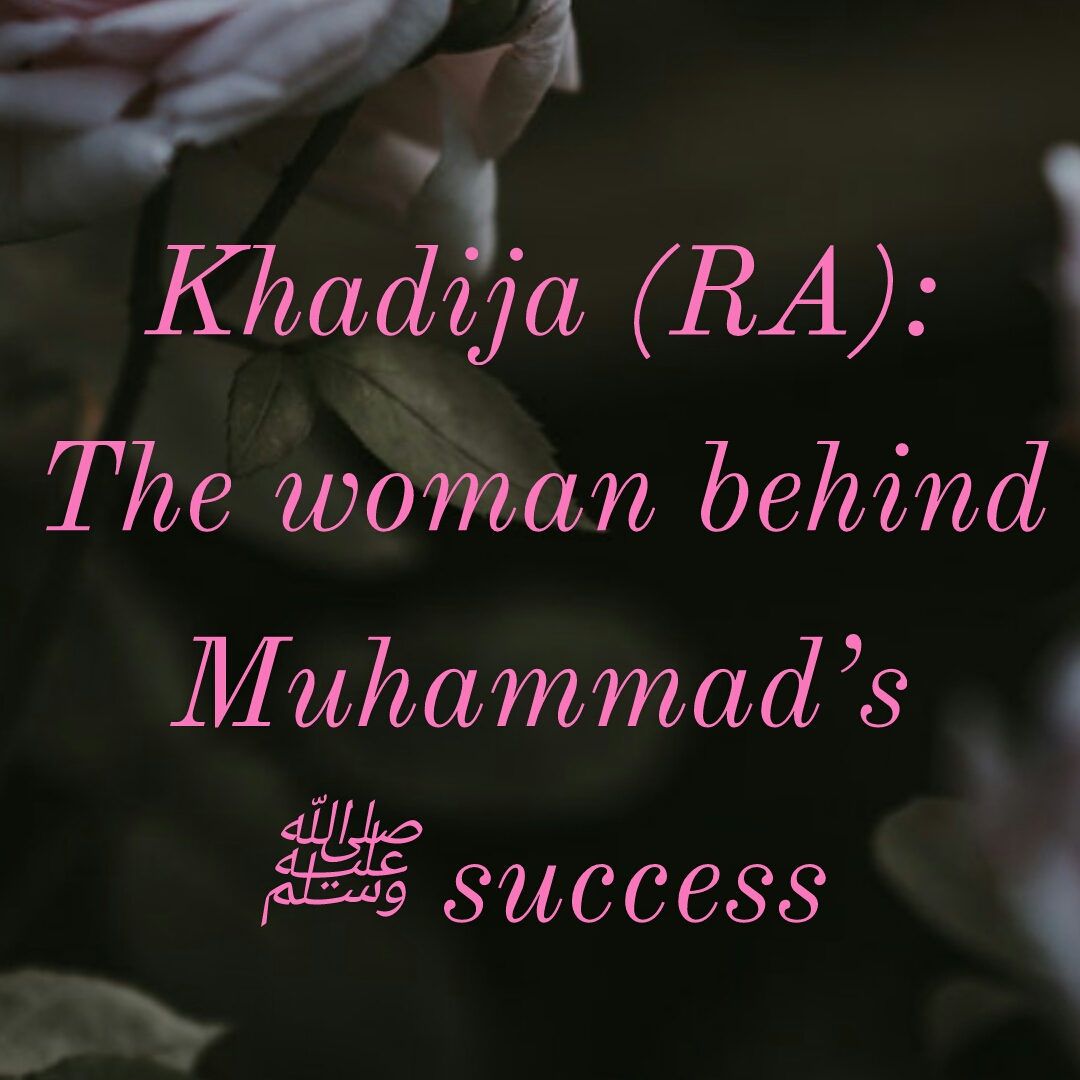 Remarkable women in history have been less appreciated than their male counterparts, often having their accomplishments attributed to men or not being recorded at all. While they were just as brilliant, creative, and courageous, most contributions by women in countless societies throughout history have vanished without a trace. However, Islam has empowered women since its origin but none has been elevated to a status as Khadija (RA) – the Mother of Believers.

She was the lady who amassed a massive number of “Firsts”: the first one to accept Islam, the first wife of Muhammad ﷺ, the first to hear the first verses of the Quran, the first to know of his prophethood, the first to encourage him in his message of Islam; and the list goes on.

Khadija (RA) was born into a privileged family. They handled a vast majority of the trade in Mecca and were quite wealthy. Khadija (RA) took over the family business after her father’s death and the business grew under her guidance. She had married twice (some sources say thrice) before choosing to remain a widow until her fateful encounter with the Prophet ﷺ.

She was a highly intelligent and independent woman of her time, although 40 years of age and twice (or thrice) married/widowed, many notable men of society sought her hand in marriage. She appointed Muhammad ﷺ after she learned he was both honest and trustworthy. He proved to be an excellent employee and she saw a noticeable increase in her profits. Before long, she extended her hand in marriage to him while he was only 25 years old at the time.

The difference in their age was just a number to them. Their devotion to each other was so great that it is noteworthy to remember that while men in Arabia had the custom of polygamy, Muhammad ﷺ and Khadija (RA) remained monogamous until after her death. It was all smooth-sailing until the first revelation.

When Angel Jibraeel came to Prophet ﷺ and announced that he was a Prophet of Allah, he ran to his wife in a feverish state thinking he was hallucinating and was worried about his state of mind. She calmed him, reassuring him that Allah would not lead a man such as him to insanity. When he told of her what had transpired, she believed him, comforted him, and reassured him that he had been blessed to carry out God’s message. She became the first to convert to Islam and remained a strong supporter till her last breath.

Khadija (RA) and Abu Talib (the Prophet’s ﷺ uncle) were his primary shields from the oncoming storm. She supported him financially, leaving him to preach with all his heart and energy. She sustained the sapling of Islam and nurtured it with an ever-flowing supply of love and understanding. She protected the Prophet ﷺ with her political power and influence. When the strength of believers grew from more than a handful, she withstood the trials they were put through, together with her beloved husband.

When all of Mecca rallied against the believers and boycotted them, Khadija (RA) left the comforts of her home along with the rest of the believers to spend three years in a desolate valley. Those three years exhausted all her resources and drained her health. However, she was always high-spirited and encouraging. Her devotion never faltered.

At the age of 65, this great woman breathed her last. The year she and the Prophet’s ﷺ uncle passed became known as the Year of Sorrow. The Prophet ﷺ lost his companion of 25 years and the steadfast support of his uncle.

Khadija (RA) left behind her example for women to follow, demonstrating that the family’s strength lay in the closeness of its members. She is proof that married life can be successful. She turned the “impossibilities” to possibilities for her husband. She gave the world principles and experiences of her own, embedded in the love for Allah and His Messenger.

However, the staggering number of relationships falling out proves that Muslims are not living by what Islam teaches.

In times of hardships, remember Khadija (RA) and her unwavering support for her husband, remember how she sacrificed without hesitating, remember she faced trials with her husband. Remind yourself that Allah will reward you. Try to overlook shortcomings and faults. Look back to the example of this great lady.