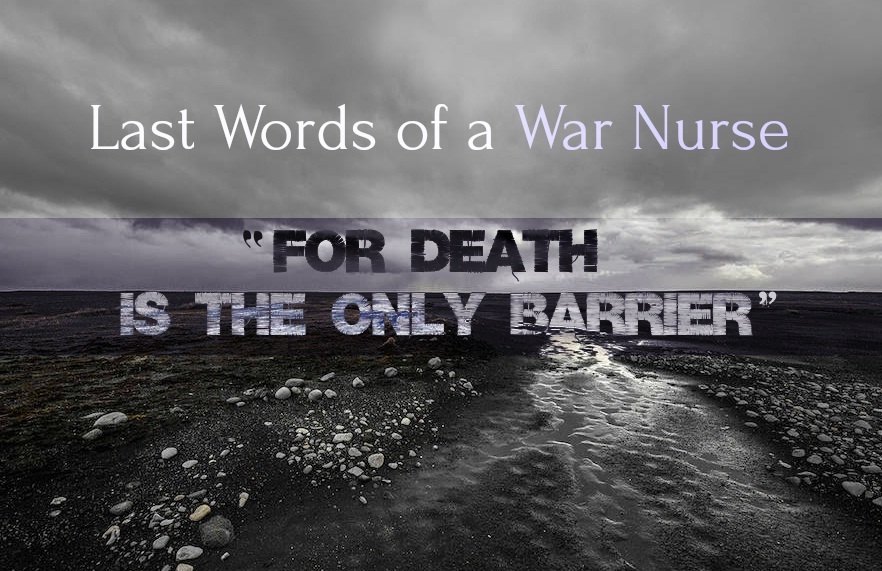 I’m seeing people running, running for their lives…
My eyes slowly trace down to the innocent bodies lying still;
A child silently crying in his mother’s motionless arm,
And a father restlessly watching his family embrace the afterlife

Everyone’s leaving things behind, things that were once so precious to them…
Few yelling in madness with a hint of sorrow in their voices,
While some struggling to escape until they collapse, falling down with no
choices.

Hopeless bodies pushing onto each other,
Thousands of people, one goal- to survive.
Red pool flooding,
Sounds of cries and screams thudding.
~
Soon the smoke clears out,
I come out of the trembling daze and question myself,
“Could I have helped them, my Lord?”

Pain engulfs my body,
As I fall on to my knees.
With my white uniform drenched in crimson,
I tighten my trembling hands around my stomach where I had been shot.
I want to let out the pain and yell for help but I can’t, and I won’t;
In this ordeal, barking would be the same as those millions of unanswered
cries.

I feel my limbs getting weaker,
My eyes becoming weary,
Hallucination of the most loving moments flood my vision.
I see my mother, my husband,
My child’s first steps as I envision.

I snap out of it,
I am now welcomed to a nightmare.
As soon as I hear the beasts marching back in a blare,
Resentment for my people and myself crawls in.
Vengeance awakens my bruised spirit
As I say to myself,
“Yes, I could’ve helped them, but it’s over now.”
It’s all over now.
My quivering lips, gasping for air, murmur the words
That my father first whispered into my ears,
“LA ILAHA ILAL ALLAH MUHAMMAD AR- RASOOL ALLAH” (لا إله إلا الله محمد رسول الله)

I hear the last bullet fire.
BANG!!!
Gradually and slowly,
Voices die out, from roars to silent weeps.
People stop moving, I see them falling from where they had stood.

The rampageous battle field turns into a grave yard before me.
It feels like the time has stopped.
I blink my eyes to wake up from this dream,
But no, I still find myself lying here.
I hear nothing than the sound of my own erratic bare breathing,
I see nothing but unjustified ruth bodies,
I feel nothing other than the atmosphere of solitude ambling,
The smell of rusty blood and burning smoke in the air, rambling.

I shut my eyes once again…
And I steadily re-open them with a hope glistening inside of me.
I’m still lying here…
I think earth has finally stopped revolving.
I’m seeing angels with illuminating wings,
I’m seeing souls at peace.
I tell myself,
“Revenge is in the hands of my Lord!”
I feel no weight, no pain, no regrets, just blessed
My inflaming vision starts to fade as I become united with the rest…

0 thoughts on “Last words of a war nurse”