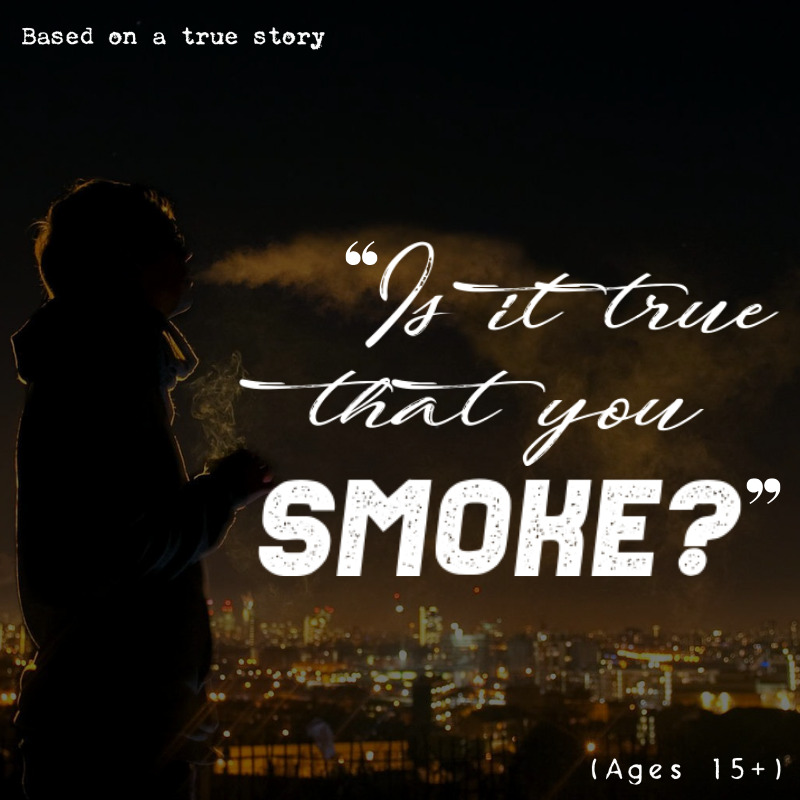 We all enjoy stories which are true by nature. So, today I decided to narrate a true incident which has not only an interesting lesson but also a warning in it which we should definitely pay heed to.

Although many of us are aware of the numerous rights on our parents, very few consider it seriously and the rest don’t pay much care to it.

Let me once again take you all on a journey to a place you may not have visited, to meet people whom you have never known, to learn something which you may have yet to learn by reading this story.

Once upon a time, not very long ago, there lived a family which consisted of a husband, wife and their son.

Their son whose name was Abdullah Bane’mah, got acquainted with some bad company. He soon started to go out with them and was influenced by many bad habits. One day, he started smoking cigarettes. As we all know, smoking is a habit which is easy to get into, but tough, very tough to get out of.

Finally, the day came when his father got to know about his smoking habit. He decided to confront his son. He wanted to stop his son from having a bad end. It is not new to know how smoking cigarettes can impact our health. It affects not only our health and makes us dangerously ill, but it also affects our loved ones who suffer similar consequences.

The father asked angrily, “Is it true that you smoke?” Abdullah very carelessly and deliberately lied. He said, “NO! Not at all. Who gave you this false news? I have never ever touched a cigarette!”

He simply did not care that what he said was a complete lie. His father asked again, “Are you speaking the truth that you don’t smoke? Is the report about you false?”

After having supper later that night, Abdullah went to sleep. The very next day, he got up, conducted himself and left for school without any word. After school, he and his friends decided to go swimming.

When they reached the pool, to their utter disappointment, the tap was turned off. Everyone, except Abdullah, decided to leave. Abdullah, being a good swimmer, wanted to reach out to the tap and turn it on. He insisted them to wait.

Now, the tap was at the bottom of the swimming pool, which was about three and a half metres deep and filled with water, and Abdullah was about one metre and eighty-two centimetres in height. He tried to get to the bottom of the pool using a chair. And finally, he dived.

But to his astonishment, he got trapped under the chair and was unable to move! When he did not come up, his friends assumed that since he was a good swimmer, he had dived deeper into the pool just for fun.

He struggled at his utmost to move his body, but he couldn’t.

Suddenly, it occurred to him that in times of difficulty, Allah accepts prayers in return for any good deed, like those people who got trapped in the cave and were saved by their good deeds.

He started praying, still under the water with no air to breath and no help to seek.

He remembered, he used to help a poor lady by giving her alms from his income and that old lady in return used to make dua for him. He then started reciting kalimah shahadat.

As he was doing this, his belly was dissented with water and soon, he went unconscious.

It was nearly 15 minutes after which he was pulled out. According to science, fifteen minutes under water could only mean death for that person. But here he was.

When he was taken out and pressed hard in the stomach, many litres of water came out of his mouth. He then regained consciousness only to find himself in a hospital bed with no sensation in his lower side of the body. The first thing he was diagnosed with was a hole in his throat. He had difficulty in breathing. He was unable to speak for about nine months!

The air he breathed was leaked from that hole. Overall, he had to undergo sixteen operations on his body.

Today, up to this date, he is paralyzed, but he is a completely different person. Let me tell you more about him.

He is a Yemeni who lives in Jeddah, Saudi Arabia, paralyzed from his waist down and bedridden. Despite his disability, he has now become a successful preacher even though it is difficult for him to turn the page of the Quran while reading.

This entire story was narrated by himself. Right now, he is under his mother’s care. His speeches have been broadcasted on a number of Arabic television channels. This was a short summary from one of his interviews.

He says: “It’s true that the lower part of my body is paralyzed and disabled, but I am lucky to have a God-given opportunity to repent. I have also had the opportunity to serve the Divine faith to some degree. My thanks to God on this score cannot be overemphasized.”

Points to ponder over:

Remember that Allah reminded us over and over again in His book to be good to our parents, for indeed, they are our gateway to paradise.

Loving our Parents: Stories of duties and obligations By Abdul Malik Mujahid, Darussalam