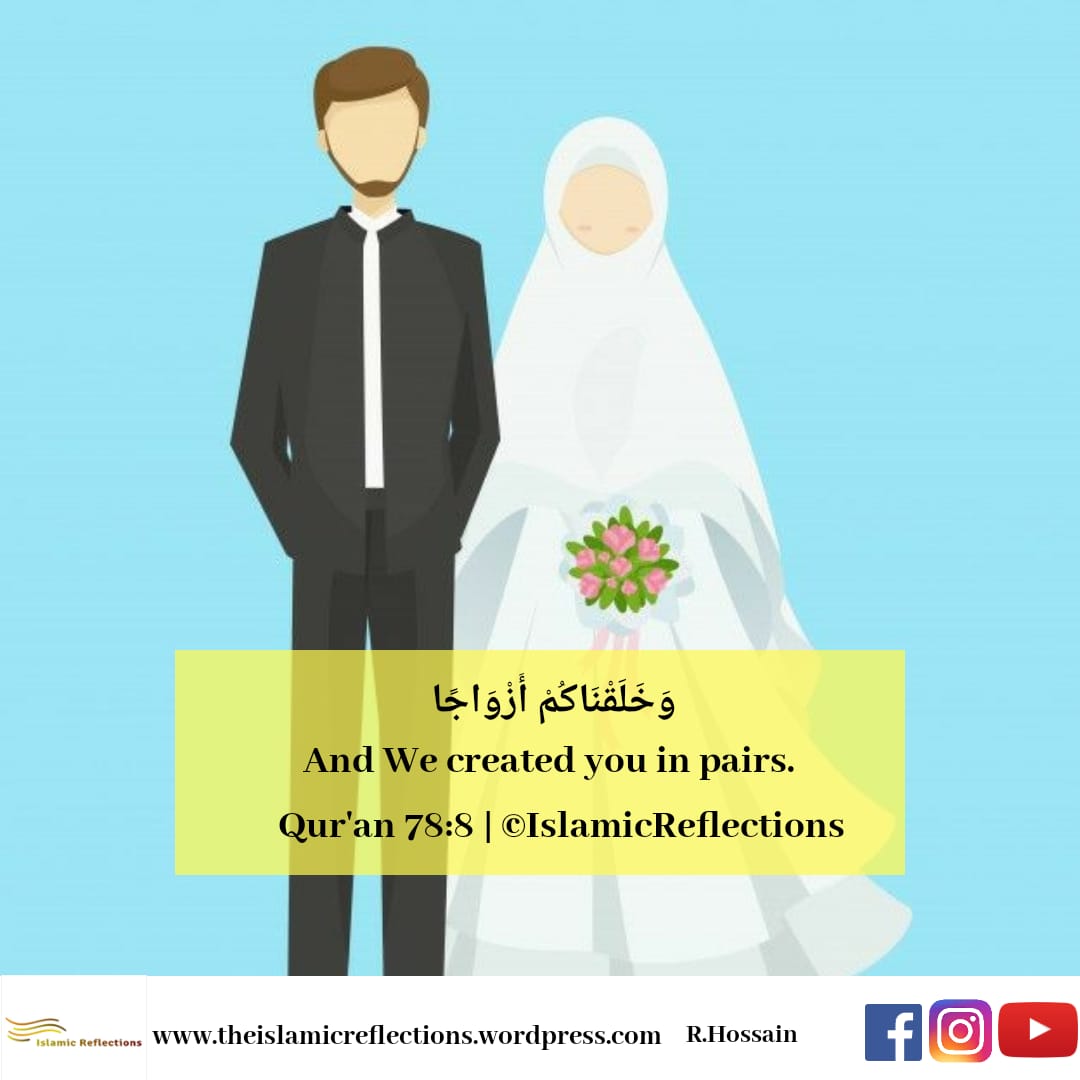 Allah ﷻ says all things are made in pairs. For example, the gender in plants and animals by which every single being  corresponds to another, and in the imperceptible influences of nature like day and night, negative electricity and positive electricity, effects of attraction and repulsion and plentiful other contraries; everyone fulfilling its reason, and endowing in the running of Allah’s ﷻ creation.
Recent scientific findings say that everything exists in pairs among living things. There are findings that even rock crystals have pairs in them. This is not limited to just physical things, but also to our emotions and principles like love and aversion, mercy and justice, striving and resting, and so on.
The only one exception to this rule is Allah ﷻ and Him alone. Humans, too, form this pair when they get married the Sunnah way. Marriage is the beginning of a life-long commitment. It is a bond like no other. It provides a life partner and a teammate to stand by your side through the challenges of life in the form of one pair.
Written by: Reshma and Mateeba
Edited by: The Editorial Team
© The Islamic Reflections Blog