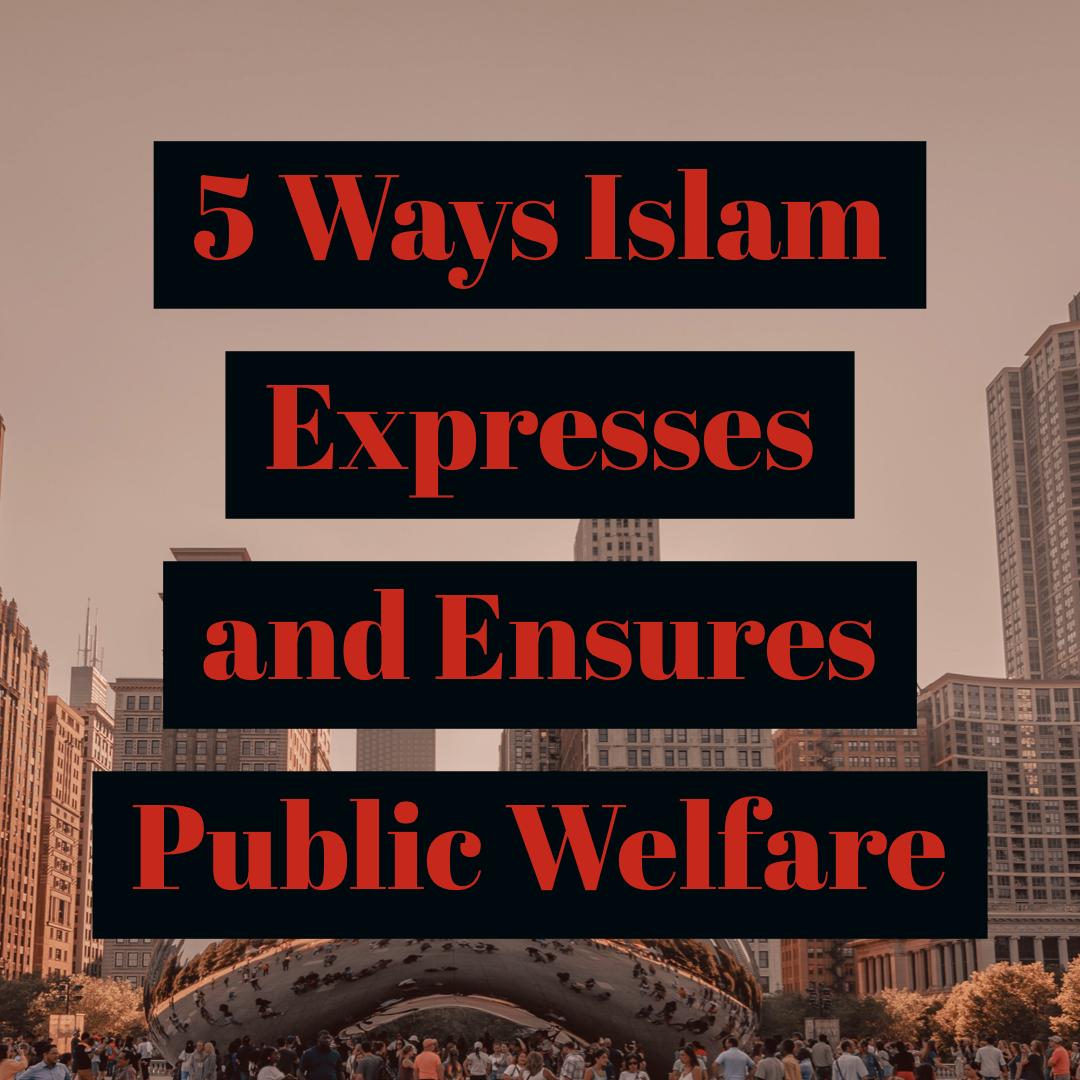 The Islamic legislation was set to cater to the general good of all mankind till the end of time. Nothing needs to be added or subtracted from it as it is complete. Muhammad ﷺ was a Prophet not limited to his time, but was sent to all of mankind as interpreted in the Quran,

“And We have not sent you except comprehensively to mankind as a bringer of good tidings and a warner. But most of the people do not know.”

The realisation of the public welfare in Islam can be expressed in terms of abrogation, marriage, divorce, inheritance, prescribed punishments and retribution, besides many others.

In Islamic history, some laws were only there for the people of a certain epoch and served a specific purpose. Consequently, they were later removed or changed as it was no longer suitable or their purpose was fulfilled. This resulted in the cessation of that particular law, or in essence, being cancelled. The concept of abrogation is from the Quran and Sunnah due to the great wisdom behind it. In most cases, the abrogation was aimed to make things easier for Muslims or to increase their reward. Allah ﷻ said in the Quran,

“We do not abrogate a verse or cause it to be forgotten except that We bring forth [one] better than it or similar to it. Do you not know that Allah  is over all things competent?”

The love between a man and a woman in the Islamic context can only be expressed in a legal marriage. The Islamic Shariah provides security so that the loving relationship can flourish. Allah ﷻ said,

This verse emphasises the reciprocal and interdependent nature of matrimonial relationships. Men and women were created from a single source. The main goal of marriage is to live in peace and harmony, hence, enabling the public welfare of human beings. The conditions of peace and harmony include justice, fairness, equity and fulfilment of mutual rights in marriage. Thus, injustice and hostility are not acceptable if there is to be peace in Muslim homes. Allah ﷻ placed mercy between the hearts of spouses; therefore we are inclined by our very nature to have mercy for each other. Mercy is attained through compassion, forgiveness, care and humility. Lack of mercy in a marriage or family makes it dysfunctional. Henceforth, it is noted that Islamic guidelines of marriage promote a happy and peaceful relationship between spouses, while also safeguarding the public welfare.

The practical nature of the Islamic legal system allows divorce, although it is the last choice after exhausting all possible means of reconciliation. Allah ﷻ said,

“Divorce is twice. Then, either keep [her] in an acceptable manner or release [her] with good treatment.”

Divorce is allowed in Islam as it is one of the many blessings granted by Allah ﷻ upon us. It wards off a great deal of harm and hardship. When irreconcilable differences are found between couples, and animosity between them is greater than just tolerance, in such cases divorce becomes unavoidable. The goal of marriage is to attain happiness and safeguard virtues. Therefore, when people are denied their right to divorce, the purpose of marriage is defeated, thus neglecting the basis of public welfare.

Islam has placed rules and restrictions on inheritance to protect the welfare of the people who are entitled to inherit it. In the pre-Islamic period, parents did not inherit anything except what was written on the bequest, as the children used to take everything. The Shariah did not completely replace the pre-Islamic inheritance system, but modified it to form a complete and cohesive one. In the Islamic law of inheritance, the son takes priority over the father, who in turn takes priority over the brothers, who in turn take priority over the paternal uncles. Once the funeral expenses are paid, and the bequest made by the deceased is executed,  the relatives of the deceased who are entitled to inherit must be determined. After that, the percentage share of each heir should be calculated. If the Islamic laws of inheritance are observed, it will be rare to find heirs being treated unfairly as these laws were set by the Most Wise, Allahﷻ , to ensure that the public welfare is maintained.

When looking at prescribed punishments and retribution in serving the public welfare of Muslims, there are two complementary features which are considered: firstly, it is the severity of the punishment which discourages the crime and limits its occurrence, thereby protecting the society. Secondly, the difficulty of establishing guilt reduces the opportunities for carrying out the punishment that protects the accused person. Prescribed punishments are not carried out when in doubt,  as the benefit of the doubt is always given to the accused. Allah ﷻ said,

“Oh you who have believed, prescribed for you is legal retribution for those murdered. ..”

In Islamic States, where prescribed punishments and retributions are executed, crime rate and transgressions are low as the public welfare is safeguarded by this.

We can all see that the general security of the society and the rights of individuals are safeguarded by the Islamic legislation, as explained above. So, it is up to us as Muslims to establish these laws to make the world a better place.