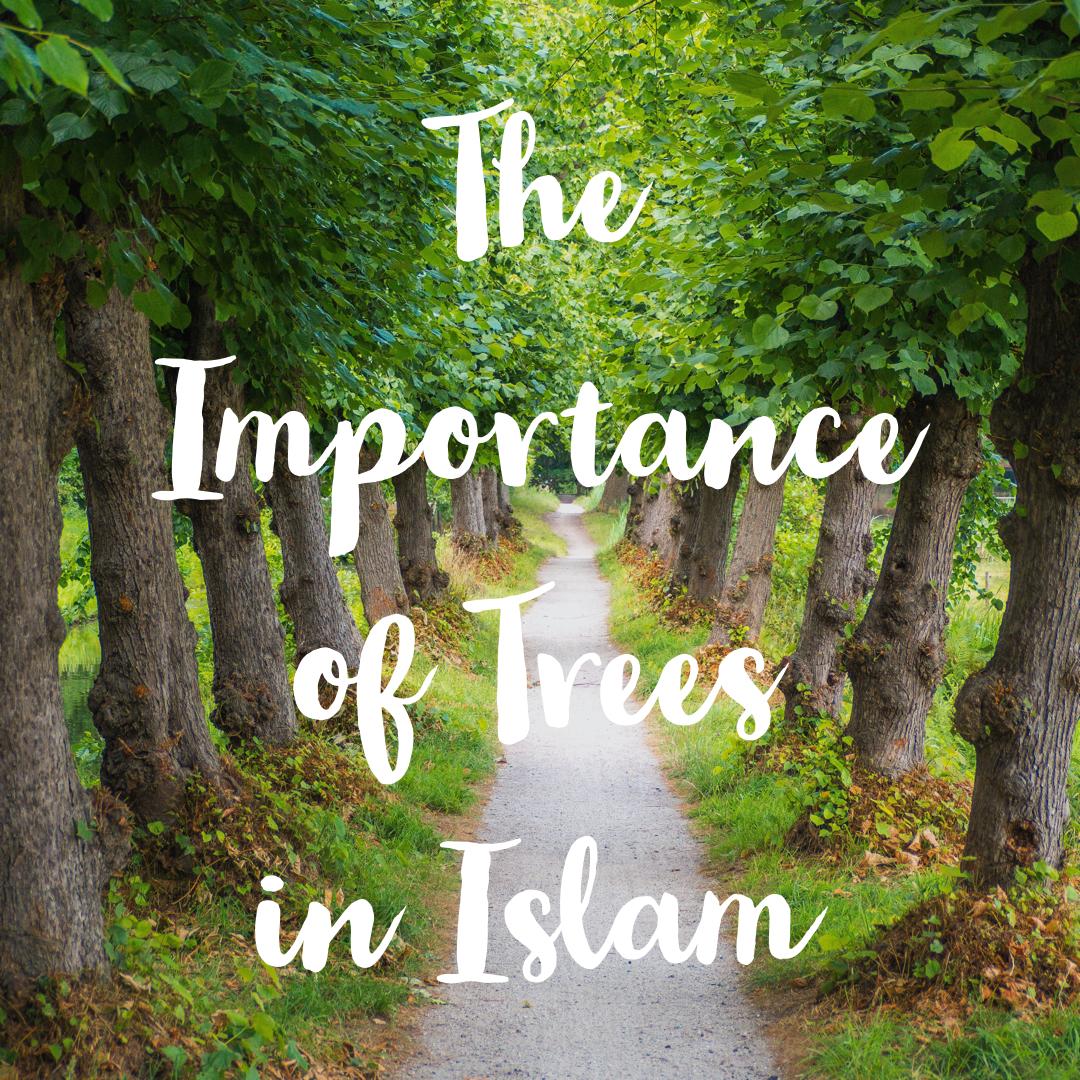 Islam has placed a great deal of significance on the conservation of the environment. Believers are obligated to protect animal and plant life, and to preserve the environment by not cutting trees, not polluting water, not contaminating the atmosphere and much more. There are several beautiful verses in the Book of Allah ﷻ that contain descriptions of the lush, green gardens and trees and imply their significance in this world as well as the hereafter. Similarly, the words of our beloved Prophet Muhammad ﷺ have established the importance of planting and taking care of trees. While we are certainly aware of the physical benefits of having trees around us, trees have spiritual importance too. A few of them are listed below.

An Ongoing Act of Charity

“There is none amongst the Muslims who plants a tree or sows seeds, and then a bird, or a person or an animal eats from it, but is regarded as a charitable gift for him.”

Planting trees is regarded as Sadaqatul Jaariya (ongoing charity). The one who plants trees will be rewarded for it as long as any living being benefits from it.

The Prophet ﷺ used to stand by a tree or a date-palm on Friday. Then, an Ansari woman or man said, “O Allah’s Messenger ﷺ! Shall we make a pulpit for you?” He replied, “If you wish.” So they made a pulpit for him, and when it was Friday, he proceeded towards the pulpit (for delivering the sermon). The date-palm cried like a child! The Prophet ﷺ descended (the pulpit) and embraced it while it continued moaning like a child being quietened. The Prophet ﷺ said, “It was crying for (missing) what it used to hear of religious knowledge given near to it.”

The above hadith reflects the deep spiritual connection the Prophet ﷺ shared with trees. Each living being worships our Creator ﷻ; hence, it is important that we treat them with respect and not harm them in any way.

Trees were described as being a metaphor for believing Muslims by the Prophet ﷺ, as narrated by Ibn Umar (may Allah be pleased with him),

“I was with the Prophet ﷺ while he was eating fresh dates. He said, ‘From the trees, there is a tree which resembles a faithful believer.’ I wanted to say that it was the date-palm, but I was the youngest among them (so I kept quiet). He ﷺ added, ‘It is the date palm.’”

The teachings of Islam are imbibed with a lot of values, and there is no other proof that we need to understand that all things in the universe were created to serve our Lord ﷻ, who is the Sustainer of all Living things.

The Trees of the Afterlife

There are a lot of references from the Qur’an and Sunnah that signify the presence of trees in the Hereafter. A few examples include,

“When there covered the Lote Tree (Sidratal-Muntaha) that which covered [it]. The sight [of the Prophet] did not swerve, nor did it transgress [its limit]. He certainly saw of the greatest signs of his Lord.”

This verse talks about the night of ascension, and in it is mentioned the Lote tree or Sidrat al-Muntaha, by which the Prophet ﷺ saw Jibreel (peace be upon him) when he ﷺ was taken to the heavens.

“Indeed, the tree of Zaqqum. Is food for the sinful.”

It is mentioned in many verses of the Qur’an that Zaqqum is the cursed tree of Hellfire and the sinful will be made to eat from it. Allah ﷻ knows the best.

The Trees of Qur’an

After date-palms, olive trees are one of the most frequently mentioned trees in the Qur’an.

“And [We brought forth] a tree [Olives] issuing from Mount Sinai which produces oil and food for those who eat.”

It is Sunnah to eat from olive trees, and it also benefits the hair and skin.

“And We caused to grow over him a gourd vine.”

The gourd resembles a pumpkin and the described benefits are plenty. It grows quickly, provides shade, has large, smooth leaves, keeps flies away and its fruit provides good nourishment. It can be eaten raw or cooked, and its skin may be eaten too.

Other trees, such as those of the fig, pomegranate and grape, have also been mentioned in the Qur’an in the following verses (and more) respectively.

“By the fig and the olive”

“In them will be fruits, and dates and pomegranates”

“He causes to grow for you thereby the crops, olives, palm trees, grapevines, and of all the fruits. Indeed in that is a sign for a people who give thought.”

It is clear that it is an obligation upon every believer to take care of his environment by supporting and practising afforestation. And it can start small by beginning at home. The aforementioned reasons are more than enough to realize why it is important to safeguard and grow more trees, especially keeping in mind the need to pay due respect to the Qur’an and Sunnah.