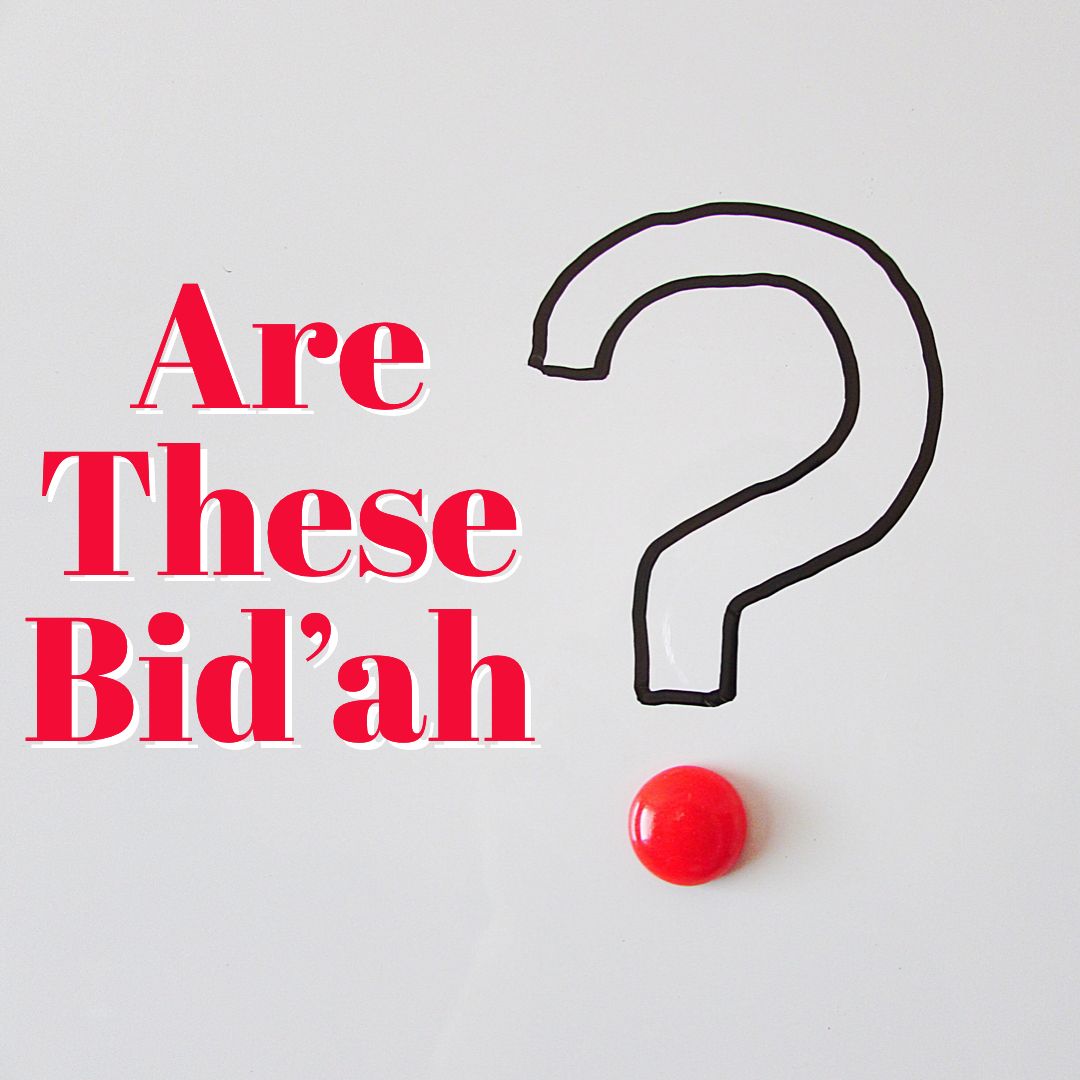 A concoction of rights and wrongs,
That’s what I see around;
So here I pen some common innovations,
Which are considered to be religious actions.

In gatherings they sing songs,
Praising the Prophet for hours long;
Leaving aside the better option
Of sending upon the Prophet salutations.

Recitation of a certain surah,
Like Al-Yaaseen and Al-Jumu’ah,
On Fridays specifically,
Goes against the sunnah completely;
The authentic hadith says
To recite Al-Kahf on Fridays.

Also, pointing of feet towards the qiblah
Hasn’t been prohibited in the Quran or sunnah.

Celebrations like those of Shab-e-Baraat,
And the night of Isra wal M’iraj,
And the made-up day on which our Prophet was born,
Are some of the common bid’ah that are observed.

In salah too there are some actions,
Like verbalizing aloud the intention;
Or reciting some of the names of Allah,
Particularly after every fardh salah.

The list can go on,
But the pen must stop;
I’m amazed by this list,
How blindly we’ve accepted all this!

We live in an era of technology,
Where verifying any hadith is pretty easy;
Look out for those on correct aqeedah,
Those following the Quran and sunnah.

To the ways of the pious predecessors adhere,
Even if you feel left out here;
For every bid’ah will take you away from the Right Path,
Leading you to disgrace and an-naar.