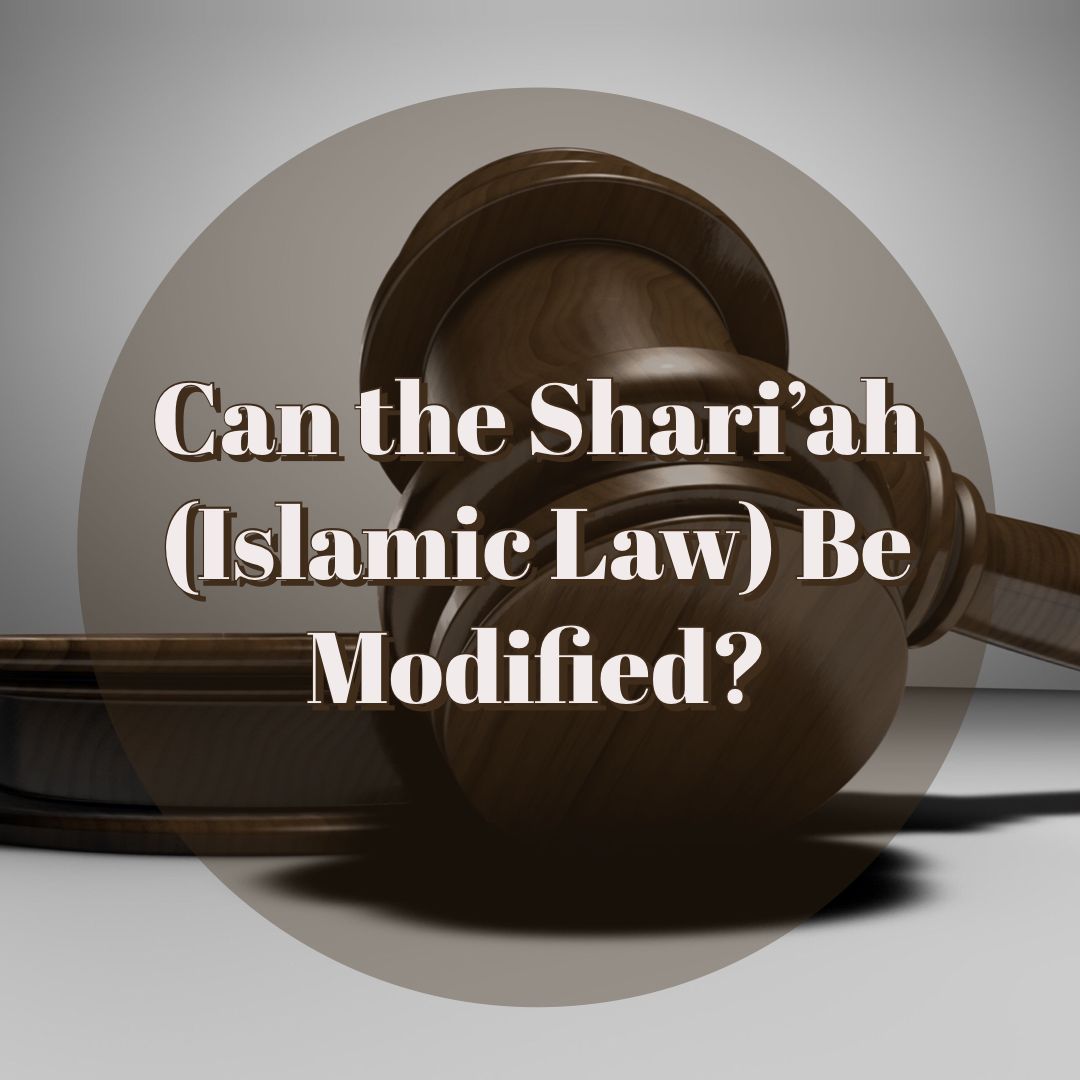 The term shari’ah is often shown in an evil context in the Western media. Linguistically, it means a spring of water. In the religious context, it refers to the sum of Islamic laws mentioned in the Qur’an and ahadeeth that was revealed to Prophet Muhammad ﷺ.

The shari’ah contains the general principles laid down for the whole of mankind, not just Muslims. These divine laws, which were extracted from the Qur’an, were never tampered with or modified, unlike other scriptures of the past. The reason for this is that it is under the protection of Allah ﷻ, and He will guard it until the last day.

The shari’ah is followed by all Muslims, and partially by countries where Muslims govern.

The law is known to be a set of rulings for society; it enforces good conduct and protects citizens. Generally, all laws claim to adhere to this definition, as well as the shari’ah. However, the shari’ah is often misunderstood to be some kind of pseudo-dictatorship by non-Muslims.

There is hidden hypocrisy in the westernized laws, where rules are changed or bent according to man’s desires. History provides evidence for man’s errors; no matter how much he improves himself and his legislation, his legislation will always contain loopholes. The reason why people are still fighting for their rights is due to the injustice present in the codified laws of men.

For example, take the laws regarding rape in the West. It was only in the 13th century that rape was considered punishable in the Western world. However, the rulings weren’t made clear. Until around the 1860s, slaves and women of colour were not able to report the crime in America. And in the 1970s, other kinds of rape, especially marital rape, were finally accepted as a crime.

Changes are being made to this day in America. Yet, women are not protected against this heinous crime. If the rapist is somebody with power and who is well off, he escapes the punishment by bribing the officials; or in some cases, he marries the victim, which is legal in about 20 countries in this ‘modern’ 21st century.

However, the shari’ah has had the same punishment for the rapist since its implementation 1400 years ago, which is stoning, lashing, or the hadd punishment – depending on the rapist, and the nature and severity of the crime. It is left to the discretion of the judge or the court of law depending on the situation and circumstances.

In every technological update, we see there are bug fixes and viruses detected. At the end of the update, these errors are repaired and rectified. Such defects are also present in the current secular society, which has led to irreparable damages. People have misunderstood and misrepresented the shari’ah multiple times, and this has been done by both Muslims and non-Muslims alike.

The Western media is a prime example of those who misunderstand the shari’ah. From misinterpreting the hijab as a form of the captivity of women’s freedom, to equalizing acts of terrorism as jihad, there is no end to their ignorance.

Our fellow Muslims are not an exception in this case. Due to their lack of knowledge and true faith, they do not know how to respond to backlashes by society, which, in some scenarios, results in them revolting against their deen. When a hijabi was asked about polygamy during a street interview in a Muslim country, she responded outwardly that it is a practice of man’s lusts. There are also Muslims who openly proclaim to be homosexuals and consider it ‘acceptable.’ Na’oodhubillah!

This system was updated over 1400 years ago when Allah ﷻ said,

A manufacturer will know best about his product and how it needs to be treated, and he will include the instructions for its appropriate use. Allah ﷻ created us, knows us best, and has provided the shari’ah for us to lead our lives in the best manner. Hence, the variety of problems the world is dealing with can also be solved by means of the shari’ah; be it economic, environmental, or equality, all can be resolved by the shari’ah legislation.

For instance, since interest is prohibited in the shari’ah, the majority of debt-related issues are dissolved. For environmental issues, the shari’ah highly recommends the conservation of natural resources and condemns wasting them, even if they are used for worship. In the case of human equality, for which man has been protesting since the beginning of time, the shari’ah strictly reprimands discrimination, as each human is equal in the sight of Allah ﷻ.

The legislation of the shari’ah is practical and easily applicable for all generations. No matter how advanced the human becomes, his problems will always fundamentally be the same. In order to resolve these issues, people need to change their perspective about the shari’ah and treat it like a solution and not as stringent enforcement. So, let’s update our minds and stop working on updating or modifying the shari’ah!