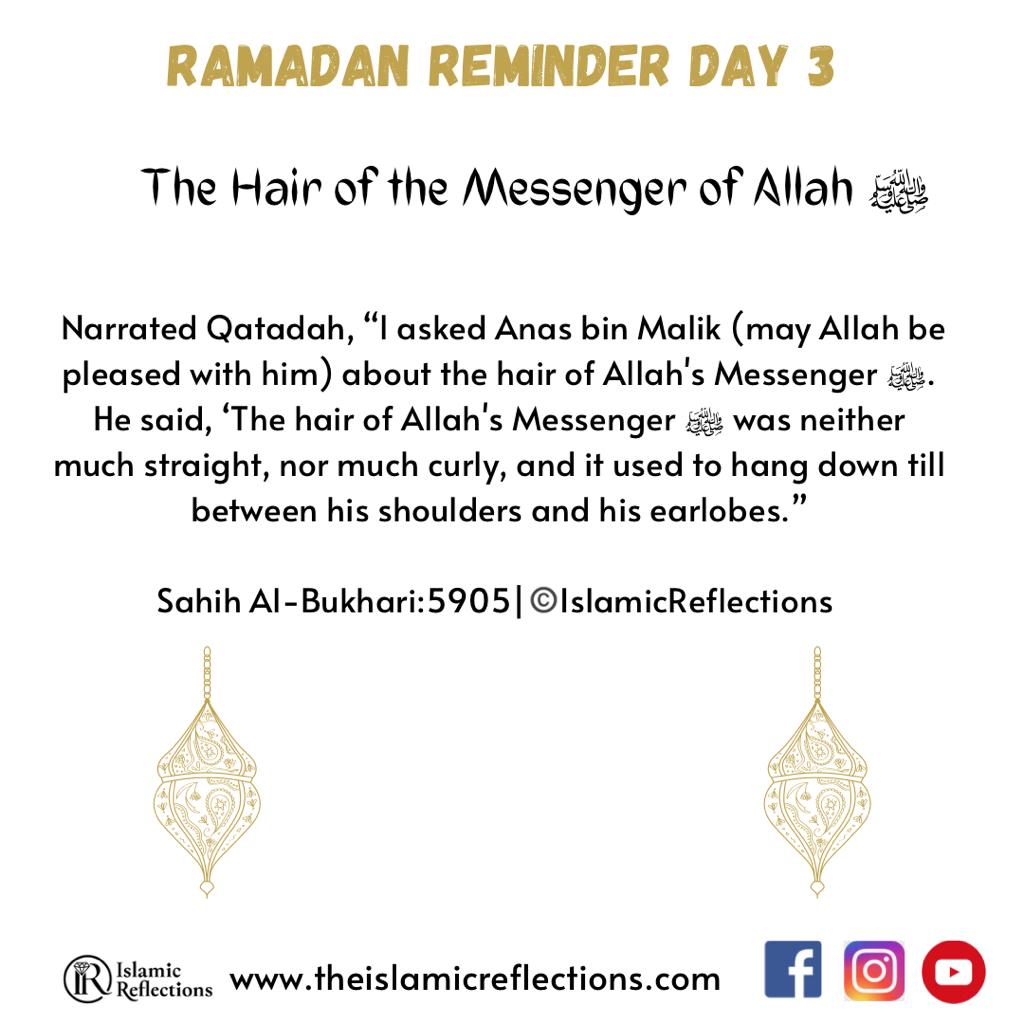 DAY 3: THE HAIR OF THE MESSENGER OF ALLAH ﷺ

The description of the hair of Prophet Muhammad ﷺ has been reported differently in different circumstances. The reports indicate that his ﷺ hair reached till half of his earlobe, sometimes below his shoulder and above the lobe of his ear, and the other times, he ﷺ had his hair hanging down over the lobes of his ear.

The Prophet of Allah ﷺ plaited his hair into four and also used to leave his hair on his forehead. He ﷺ liked to conform to the behaviour of the People of the Book in matters in which he ﷺ received no command from Allah ﷻ. The People of the Book used to let their hair hang down, while the pagans used to part their hair, so he ﷺ let his hair hang down first, but later on, he parted it.

The characteristics of our Prophet Muhammad ﷺ are so beautifully described that it makes one wish to see him. May Allah ﷻ grant us the opportunity to meet the Prophet ﷺ and make us fortunate enough to receive his intercession on the Day of Resurrection.