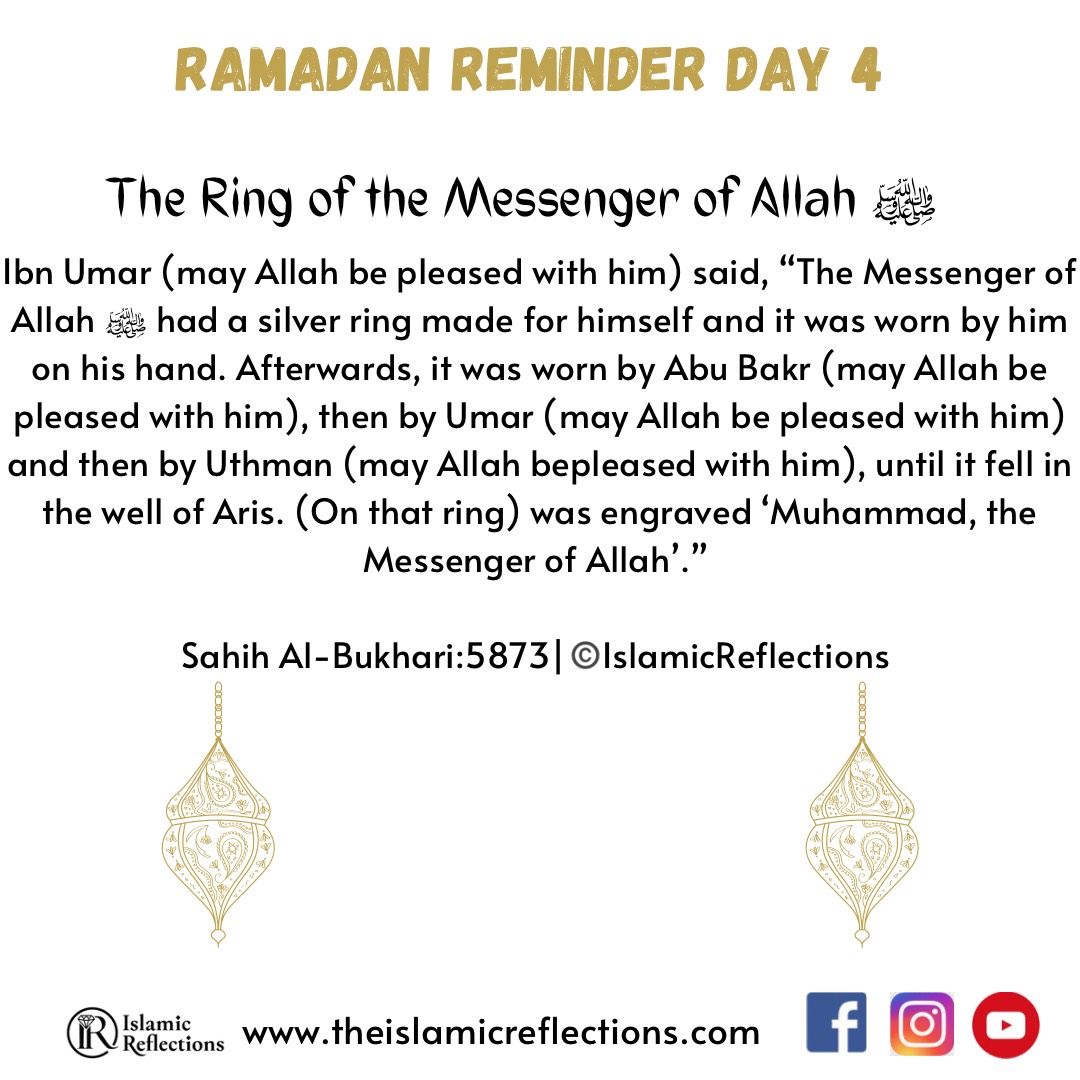 DAY 4: THE RING OF THE MESSENGER OF ALLAH ﷺ

When the Prophet ﷺ decided to write letters to non-Arabs, the companions told him that they would not read letters that lacked a stamp or a seal. For this reason, the Prophet of Allah ﷺ had a silver ring made for him, and its stone was of silver too. The stone was from Abyssinia. The Prophet ﷺ mostly used it as a stamp. There was an inscription on the ring; it had the name “Muhammad” in the first line, “Messenger” in the second, and “Allah” in the third. He ﷺ didn’t enter the privy with the ring on – he ﷺ would always take it off first.

May Allah ﷻ make us adhere to the teachings of our Prophet ﷺ.