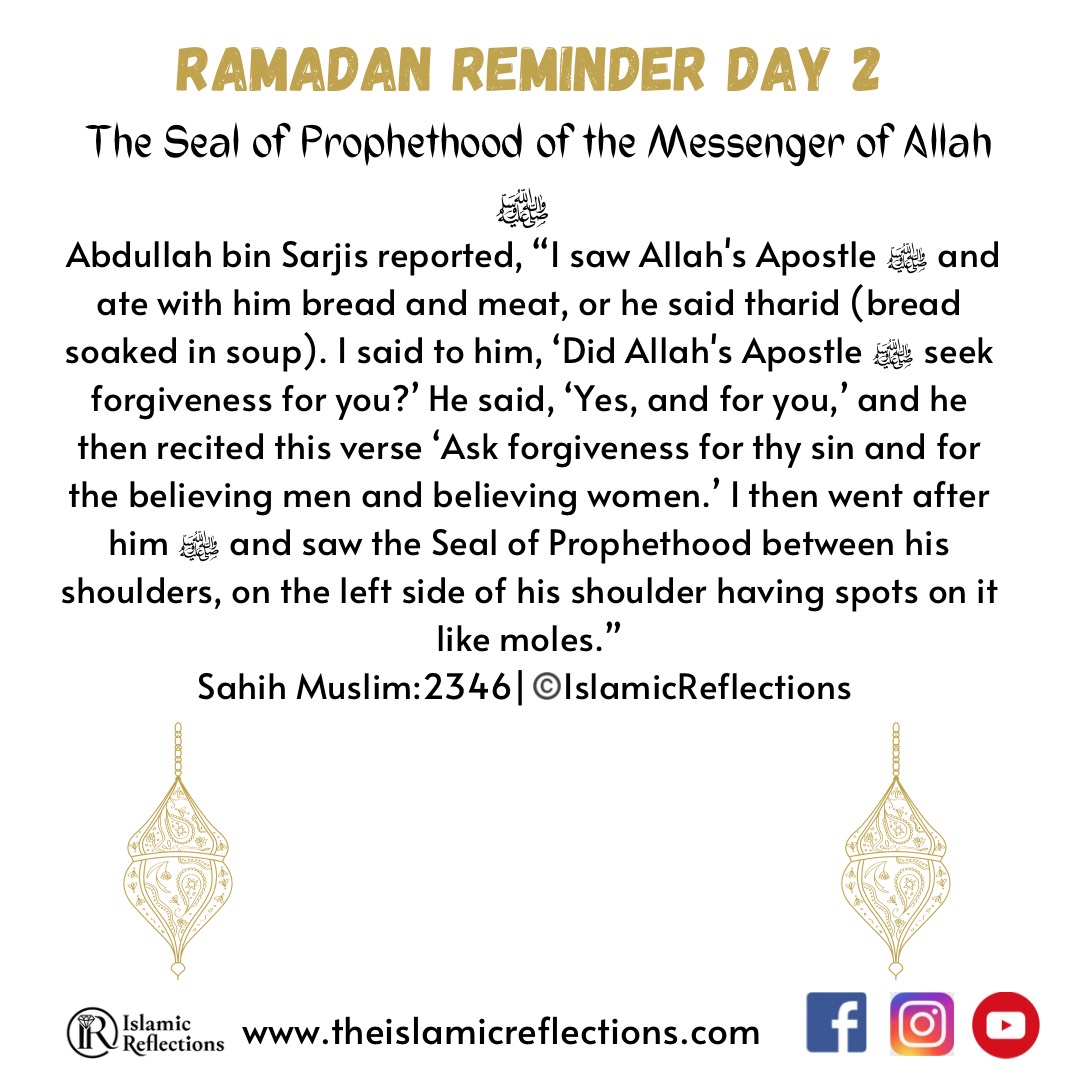 DAY 2: THE SEAL OF PROPHETHOOD OF THE MESSENGER OF ALLAH ﷺ

It was proof that Muhammad ﷺ was a prophet of Allah ﷻ. It was an indication that he ﷺ was the final Messenger, for the entire ummah. People accepted Islam after seeing the seal. Salmaan Al-Farsi (may be pleased with him), who was the slave of a Jew, embraced Islam in a similar way.

May Allah ﷻ make us among those with strong faith and grant us the opportunity to sustain on His path until the Day of Judgment.