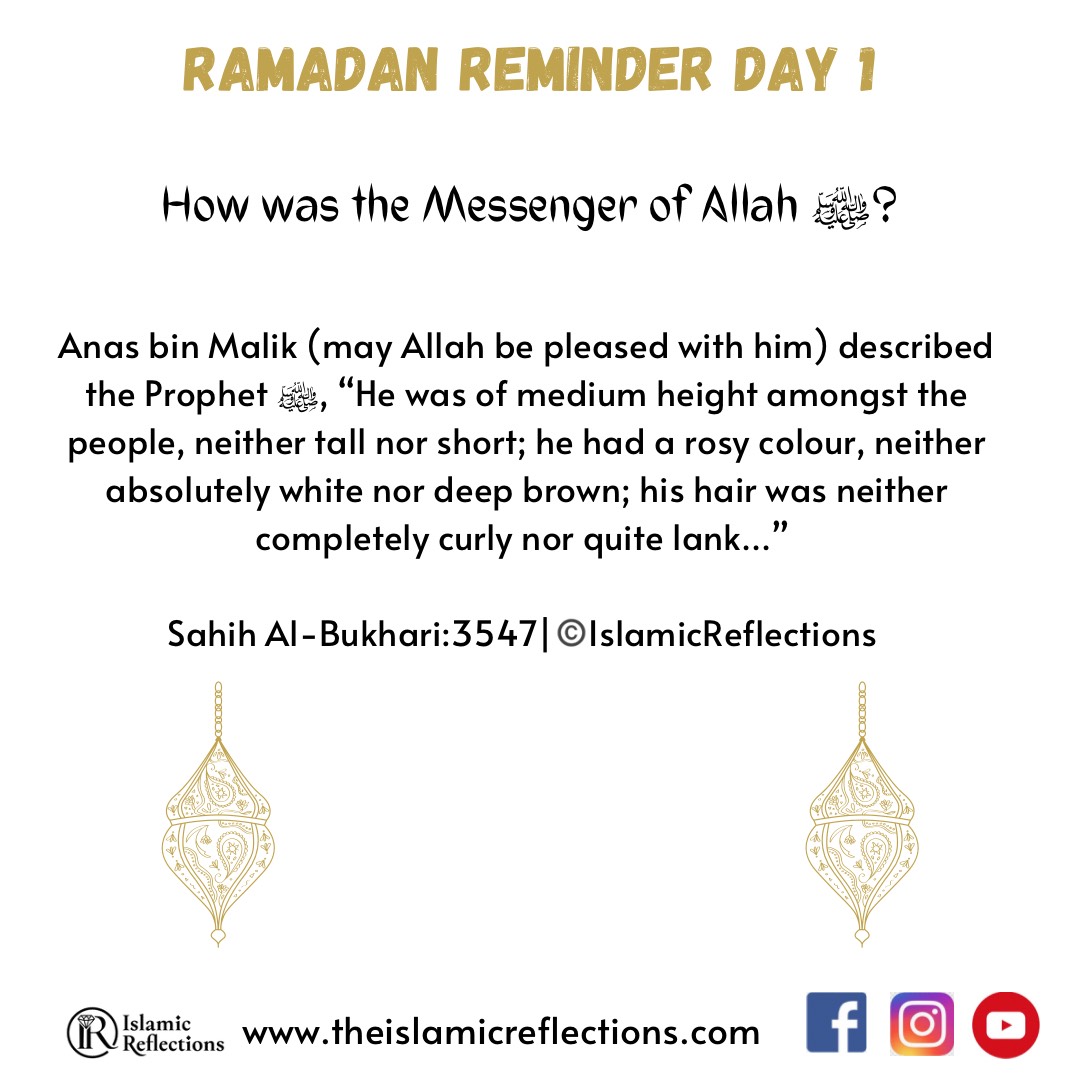 DAY 1: HOW WAS THE  MESSENGER OF ALLAH ﷺ?

The Prophet ﷺ was described to be very handsome, beautiful and more radiant than the full moon. He ﷺ was of medium stature, and his complexion was rosy, neither very fair nor very dark. His ﷺ hair was dense, slightly wavy and rested on his broad, fully-fleshed shoulders. His ﷺ beard was thick and profuse. He had black eyes and long eyelashes. Our dear Messenger of Allah ﷺ had large joints. His ﷺ walk was quick-paced, with long strides; he would lean forward a little.

He ﷺ was the epitome of truthfulness and trustworthiness, with a generous heart. He ﷺ would face his entire body to the person he was addressing. His ﷺ personality was such that whenever somebody met him, they would be in awe of him.

May Allah ﷻ bless the man who was sent as a mercy to mankind and may we be granted the opportunity to meet him on the Day of Judgment.