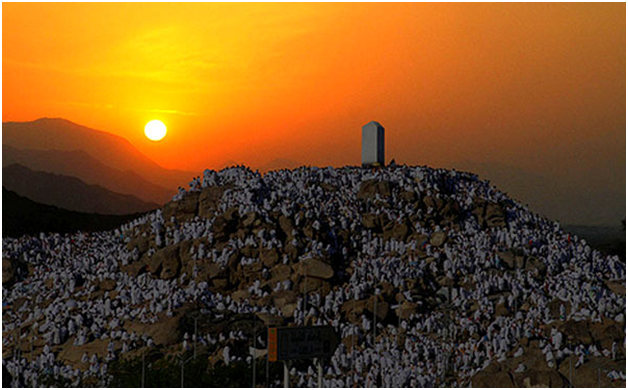 9th Dhul-Hijjah: The first orange hues of sunlight have barely streakedacross the horizon, but the streets below are already crowded. Over 2 million pilgrims chant the Talbiyahas they make their way to the Mount of Mercy, where theywill devote the day to acts of worship, supplication, prayers and seeking of Allah’s (SWT) forgiveness till dusk.
The Day of Arafah constitutes the second day of a five-day long pilgrimage to fulfill the obligation of the final fundamental Pillar of Islam. Its significance is rooted in Islamic history because of its many merits:

Making the most of this Blessed Day
The Day of Arafah is an important day for pilgrims and non-pilgrims alike.Prophet Muhammad (SAWS) said,“There are no days more beloved to Allah that He be worshiped in them than the ten days of Dhul-Hijjah….” [Tirmidhi, Book 3, Hadith 758]
Following are some tips to maximize our Ibadah and earn Allah’s forgiveness and mercy:

“May Allah accept from us and from you.”