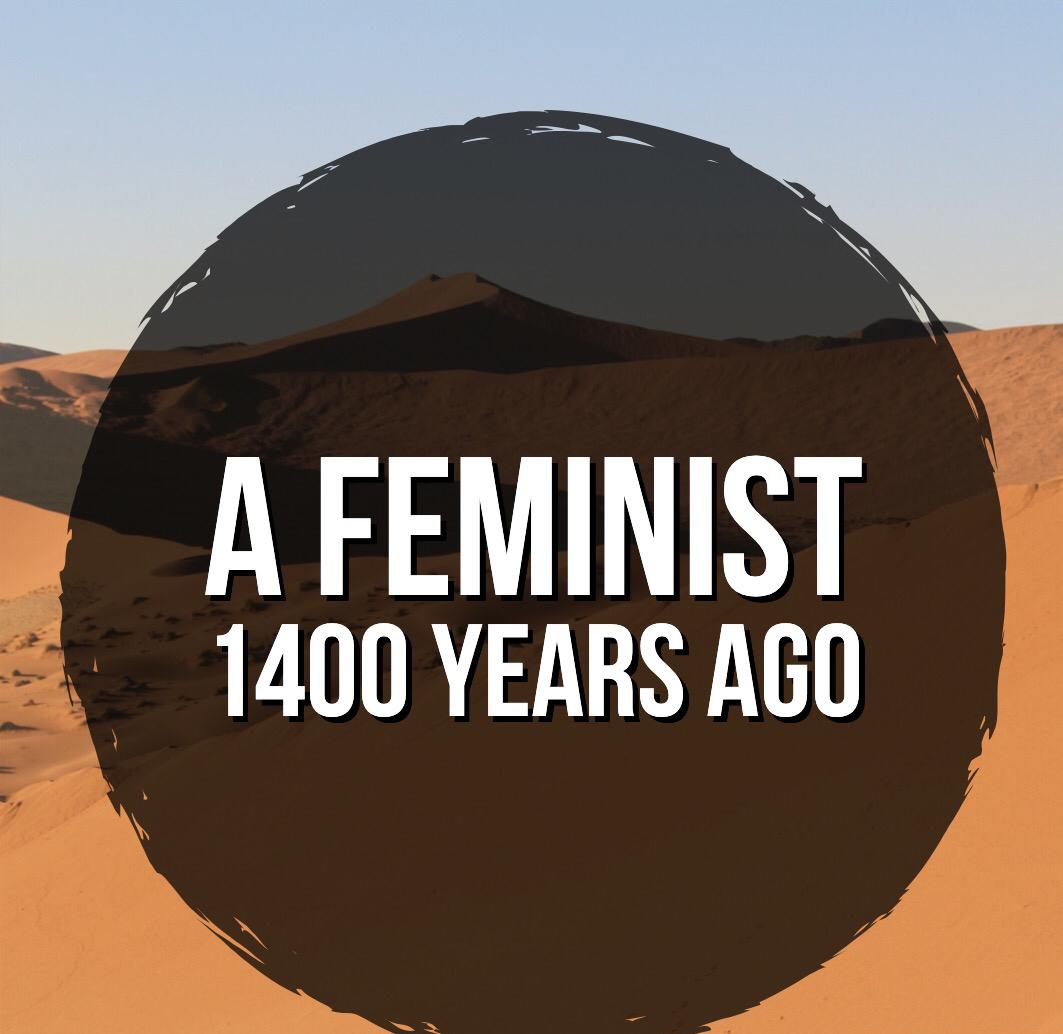 A sexist, a chauvinist, an oppressor- is how the World describes Allah’s messenger ﷺ today, especially in regards to women’s financial independence, education and hijab. When we scroll down on our social media accounts, how often do we see some self-acclaimed ‘feminists’ defending the rights of ‘helpless’ Muslim women who, according to them, are being ‘abused’ in the name of religion? They cling onto one tiny piece of information confounded by cultures and traditions, and hold it against Islam and our Prophet Muhammad ‎ﷺ, unwilling to look at the bigger picture we provide them with.

Hijab
Hijab guards a woman’s body, beauty and modesty. It’s ironic how people claim that hijab objectifies women. In a time when women were mere sexual objects, with the commandment of the Hijab, Muhammad ﷺ protected the women and gave them an identity beyond their sexuality.

People further argue, ‘Men must behave; women have the right to wear what they wish to.’  It must be understood that while women’s beauty is enchanting, men’s desires are easier to ignite. We don’t live in an idealistic world, and in order to survive in the real world, one must be cautious. And what’s easier than to obey Allah’s (SWT) command?

“O Prophet! Tell your wives and your daughters and the women of the believers to draw their cloaks all over their bodies. That will be better, that they should be known (as free respectable women) so as not to be annoyed. And Allah is Ever Oft‑Forgiving, Most Merciful.”
[Al-Ahzaab 33:59]

Education
The influence of cultures and customs are so profound these days that they are often mistaken to be the terms of the Shariah. When traditions that forbid women from the pursuit of knowledge are practiced in Muslim societies, the Prophet ﷺ is condemned for being a sexist.
One glaring evidence that disproves this criticism comes in the light of Muhammad’s ﷺ own wife- Aaisha (RA), who was such a great scholar that, after the Prophet’s  ﷺ death, people would travel miles to learn from her. Besides, the Prophet ﷺ not only made seeking knowledge obligatory for women, but also enlightened men about the educational rights of women, thus, he ﷺ elevated and liberated them.

Financial Right
In the Pre-Islamic era, nowhere were women ever considered for an inheritance. In reality, they were the objects that men inherited. It was Muhammad ﷺ who introduced the concept which individualised women and gave them the right to inherit half as much as the men inherit. There are still people who allege that men are given the advantage in inheritance, and their claim is countered by the fact that men are obligated to be financially responsible for the whole family, while what the women inherit is all for themselves to own.

“But the father of the child shall bear the cost of the mother’s food and clothing on a reasonable basis…” [al-Baqarah 2:233]

One of the ways in which the Messenger of Allah ﷺ gave women independence and financial security is by entitling them to ‘Mahr’, a dowry during the marriage, which has no obligation to be shared with anyone; if divorced too, women still hold the right over whatever they own in the marriage. Additionally, Islam does not prohibit women from working as long as it is within the boundaries of Shariah; and their income is solely for them to enjoy.

In the light of these and many more such allegations, the fact that Muhammad ﷺ revolutionized the way women were treated is often overlooked. As rightly said by Lisa Beyer, Muhammad ﷺ was undeniably the first feminist in history. A feminist, who accurately defined the word, uplifted women, empowered and liberated them. A man, who eliminated brutalities like female infanticide, and commanded that women be respected and honored. He ﷺ acknowledged women, made them an integral part of the society and gave them the privileges they were deprived of for centuries.

Don’t let the line between Islam and culture fade- that’s the strategy Satan has employed. Hang on to our Prophet’s ﷺ teachings. Follow the feminism he taught; preach the feminism he preached; justice will surely find its way on Earth.