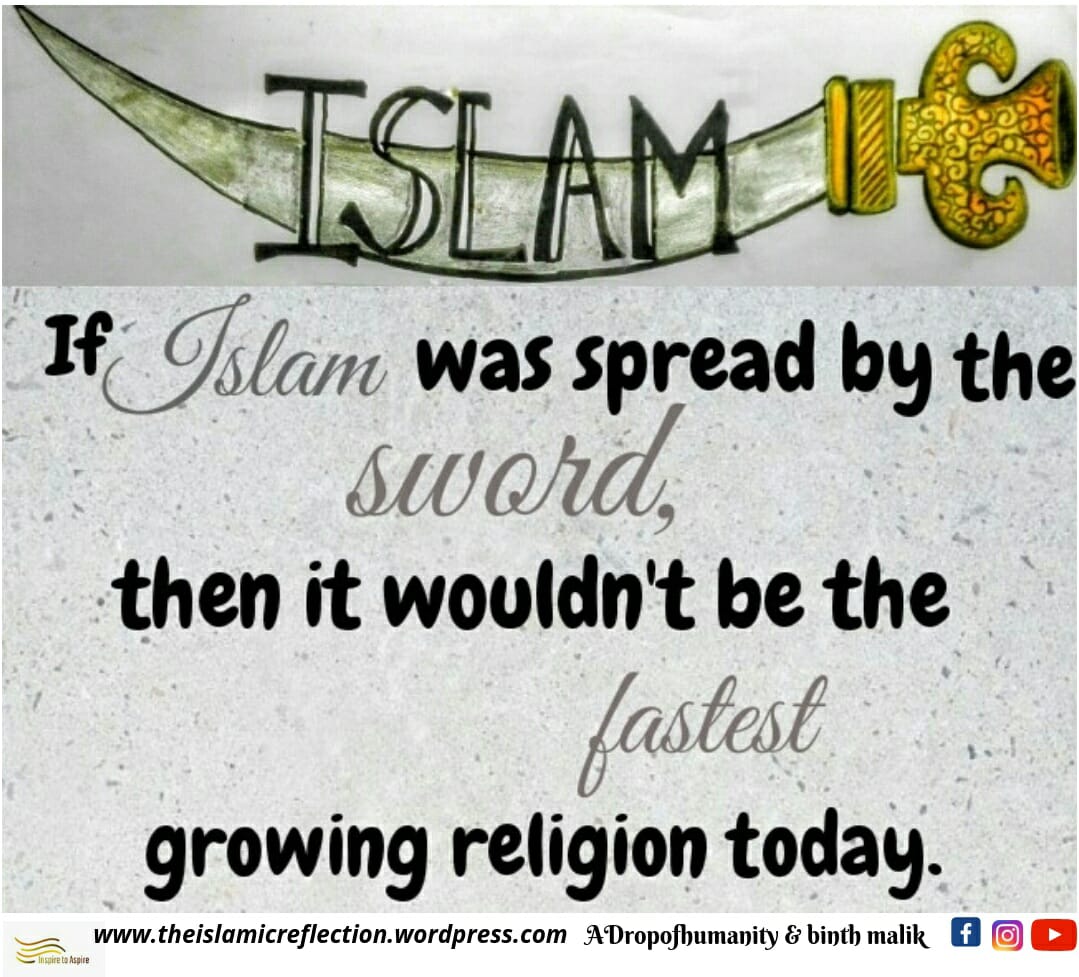 It is impossible for anyone who studies the life and character of the great Prophet of Arabia, who knows how he taught and how he lived, to feel anything but reverence for that mighty Prophet, who was one of the greatest messengers of the Supreme.  in what I put to you I shall say many things which may be familiar to many, yet I myself feel whenever I re-read them, a new way of admiration, a new sense of reverence for that mighty Arabian teacher.  Annie Besant, THE LIFE AND TEACHINGS OF MUHAMMAD, Madras, 1932, p. 4.
“Let there be no compulsion in religion” (Surah Baqarah, 256)
“Let him who will, believe, and let him who will, reject (it)” (Surah Al Kahf, 29)
It’s often been an extensively discussed issue among large groups of people that Islam had been forced upon many of their ancestors at sword point. A large number of poor and weak people believed in Prophet Muhammad’s ﷺ message. Despite being tortured by regional authorities, they persevered in their beliefs to the extent that they even migrated to other countries. Besides this, a large number of notable and popular people, like Abu Bakr  رضي الله عنه  and Umar Ibn Khattab  رضي الله عنه adhered to the teachings of Islam. Thereafter, when Muslims moved to Madinah they were subjected to all sorts of danger from every side. They found themselves forced to defend their lives. Fighting was, thereupon, permitted as a mean of self-defense. “To those against whom war is made, permission is given (to fight) because they are wronged; -and verily, God is Most Powerful for their aid” (Surah Hajj, 39)
When the Muslims left the Arabian Peninsula to further spread the message, the neighboring people were being attacked by regional forces. Owing to such situations they felt compelled to declare wars. If they won, they tried to guide everyone with Allah’s ﷻ message by kindness and persuasion. Never did they force it upon anyone.
Furthermore, Islam has spread to many places like the South East Asia, in Eastern and Central Africa without the involvement of Islamic armies. Then again, even today, Islam is the fastest growing religion in the world. It’s the little light of hope in an unduly dark world. In Europe and America, its growth rate is comparatively higher than in other countries of comparison. Wondrous it is really, how it’s happening all at a time when the means used by Muslims are the weakest. SubhanAllah! Indeed, one of the brightest miracles to exist.

Written  by: ADropOfHumanity
Edited by: Noorain A.
Team IR
©