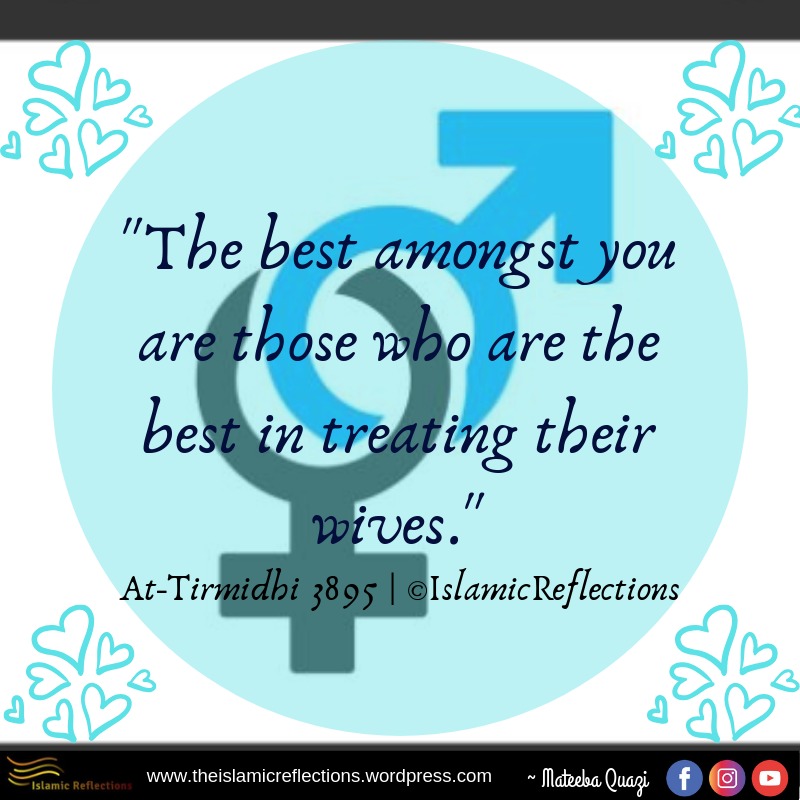 Ever wonder what it takes to be considered a best man? Prophet Muhammad ﷺ described him as one who is kind to his significant other. The Prophet of Allah ﷺ was the best of people in the way he treated his wives, he said: “The best amongst you are those who are the best in treating their wives. Indeed, I am the best in treating my wives.” (At-Tirmidih, 3895)
The Prophet of Allah ﷺ was kind in his treatment, and this is evident in his biography. The Messenger of Allah ﷺ consulted them when making decisions and took their advice. He ﷺ encouraged people through his enlightening words to behave kindly with women, and declared that the most perfect of believers is the best of them in character and the one who is kindest to his family. Following the example of Prophet Muhammad ﷺ costs a man nothing, yet earns him a reward from Allah ﷻ, as well as the love and happiness of his wife. If people today were to emulate the Prophet of Allah ﷺ in his treatment of his wives, many marital problems which we often hear about would be solved.
Due to the increase in the rate of divorce resulting from marital problems, we must look into the marital life of the Prophet of Allah ﷺ and see how he lived his marital life which resulted in a harmonious and joyful life. How did he ﷺ treat his wives? How did he ﷺ overlook some of their mistakes? We must do the same because he ﷺ is the best example for us to follow to bring out the best in ourselves.
Written by: Mateeba Qazi
Edited by: The Editorial Team
© The Islamic Reflections Blog
Reference:
How He treated them?
Muhammad Bin Salih Al Almunajid, King Fahd National Library Cataloguing-in- Publication Data