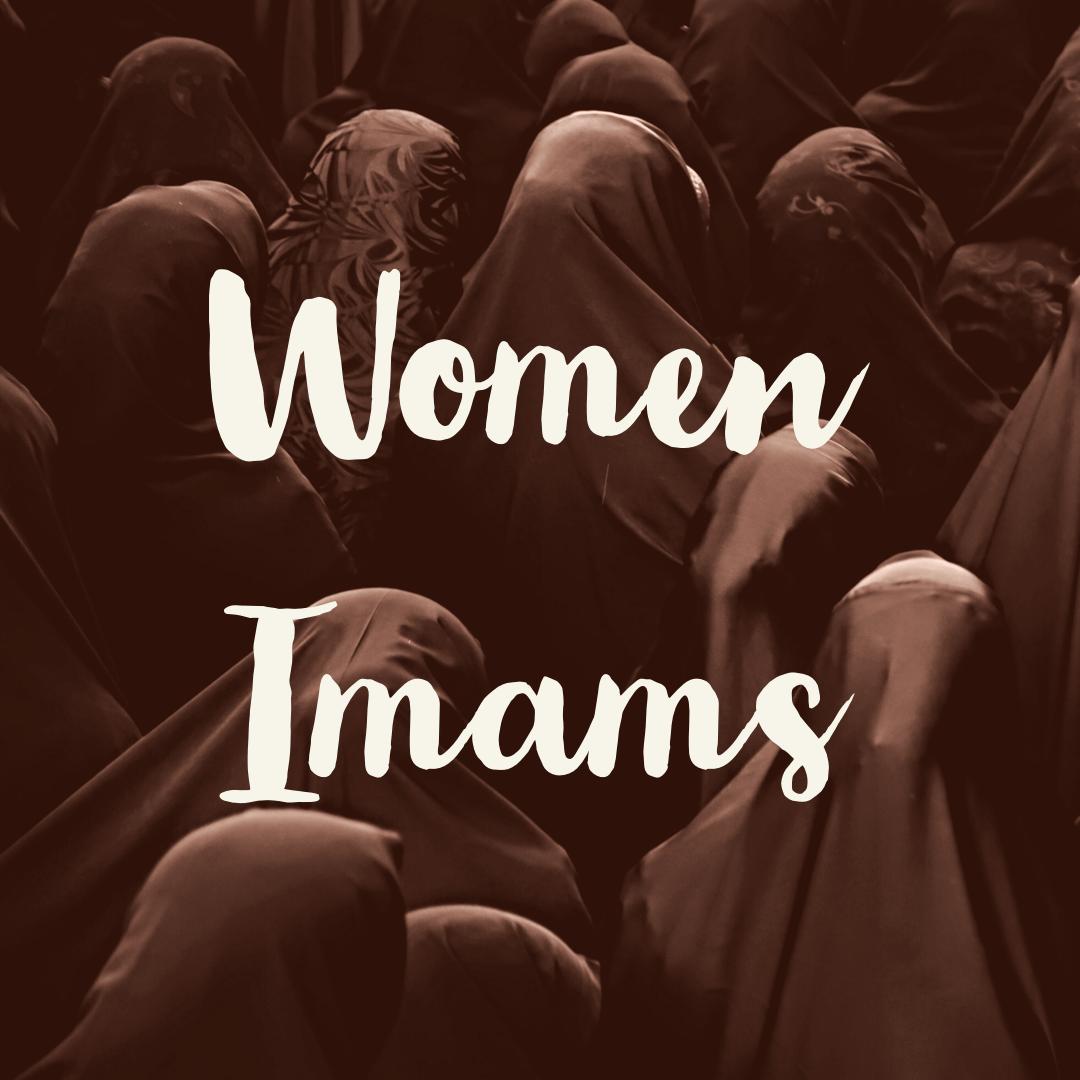 In today’s world, everyone is fighting to claim their rights — the most prominent being women. This world has been dominated by men in all fields while women were expected to only manage households. However, the nature of work changed when women were drafted into factories after the industrial revolution, thus giving birth to “working women” and consequently leading to the struggle for rights.

Islam, in contrast, has already given rights to women, elevating their status congruously and stating clearly what is required of both men and women for the smooth functioning of society. Yet there is discontentment, and Muslim women are being labeled “oppressed”. Muslim women are questioning their religious leaders and demanding rights. They want to be given equal footing with men in all matters of life, one of which is the imamate. Recently, this topic has taken the frontline with the rise of feminism. This article will discuss if it really IS permissible for women to lead prayers.

“Men are the protectors and maintainers of women, because Allah ﷻ has made one of them to excel the other, and because they spend (to support them) from their means…”

Men, in this ayah, are highlighted as the protectors and maintainers, giving them natural leadership qualities that are needed for being an Imam.

Women also have their share of rights over men, but Allah ﷻ says that despite it all, men are responsible on the whole.

“…And they (women) have rights (over their husbands as regards living expenses) similar (to those of their husbands) over them (as regards obedience and respect) to what is reasonable, but men have a degree (of responsibility) over them. And Allah is All-Mighty, All-Wise”

Salah is a formalized form of prayer, unlike dua. The timings, the positions, style, recitations have all been set in place by the Prophet’s ﷺ guidance. It is not permissible to introduce anything new into this already perfect system. There is no room for addition or deletion in the rulings of Salah if one wants it to be valid and accepted by Allah ﷻ.

Leading Salah is restricted to male imams ONLY when the congregation consists of men and women both, whether inside or outside a mosque. This has been the practice of Muslims all around the world since the time of the Prophet ﷺ, not because women are lacking in faith but pertaining to reasons, some of which will be mentioned below.

However, Muslim women are encouraged to lead the Salah if the congregation consists of women only. They can even preach or have gatherings to discuss concerns of women that men wouldn’t be aware of. They’re also allowed to lead Salah in their homes if they have more knowledge of the Quran and Sunnah than others (i.e. women, girls, and boys who have not yet reached maturity).

Muslim women leading other women in prayer should be done by the woman Imam standing in their midst and not standing in front of them. Prophet’s ﷺ wife ‘Aishah رضي الله عنها and his Companion Ibn ‘Abbas رضي الله عنه are reported to have said that a woman leading other women in prayer should not stand in front of them like a male Imam, but in their midst. Her voice should be low but audible enough to the others in prayer.

One might ask why women can’t lead men in prayers. The reasoning is very simple and easy to follow.

Modesty is a virtue of the believer and those in prayer are to observe this thoroughly. Women must observe a high moral standard in Islam. Among the prerequisites mentioned for women heading to mosques is to wear hijab and keep away from adornment and perfume. This is so that, in a mixed congregation, they do not draw attention to themselves. Otherwise, they would be an unintentional ally of the devil and cause temptation in the hearts of men.

During Salah, men and women form separate straight rows, standing shoulder to shoulder and leaving no gaps in between. They stand with absolute concentration and devotion towards Allah ﷻ. Men are given the front rows and women file in behind them, and the Imam begins to lead the prayer.

If a woman Imam leads a mixed congregation of both men and women, i.e. she stands at a little distance from the first row of men, then she would be at fault because she has disturbed the structure of the prayer.

“No people will ever succeed who appoint a woman as their leader.”

Muslim (658) narrated from Anas ibn Maalik رضي الله عنه that he prayed behind the Messenger ﷺ and with him was his grandmother and an orphan. He said:

“The orphan and I stood in a row behind him, and the old woman stood behind us.”

Therefore, it is clear that women do not stand in the same row as that of men, one of the reasonings being fitnah. In fact, women are encouraged to pray in their homes than seek mosques.

It is evident from this hadith that the more secluded a woman is in her prayer, the better for her because there is no element for fitnah to occur.

How, then, would it be possible to allow a woman to lead a congregation of men when Islam enjoins her to keep away from them?

Another point following the same reasoning can be derived from the given hadith: Al-Bukhaari (684) and Muslim (421) narrated from Sahl ibn Sa’d al-Saa’idi that the Messenger of Allah ﷺ said,

“Whoever notices anything amiss during the prayer, let him say tasbeeh, for if he does so it will be noticed; and clapping is only for women.”

Women are forbidden to alert the imam by speaking if he makes a mistake and should clap as they will not raise their voice in the presence of men. How can a woman lead them in prayer and deliver a khutbah to them when her voice and her presence in such a congregation could lead to fitnah?

Allah ﷻ has designated certain roles, unique to both men and women. While women are honored for their roles as mothers, wives, sisters, etc., men are not similarly glorified for their roles such as fatherhood. But this does not mean that they argue to be on the same bar as mothers. Allah ﷻhas favored men as He created them stronger than women and gave them the roles of leaders and messengers. Women cannot simply say, “Why didn’t Allah send female messengers?” because this implies dissatisfaction with the Lord’s ﷻ decree and eventually ends up corrupting the heart. Likewise, the imamate for men is that they can lead both men and women in prayer. While women, if the need arises, can lead prayers for other women.

Written by: Shafia Jameel
Edited by: The Editorial Team
© The Islamic Reflections Blog