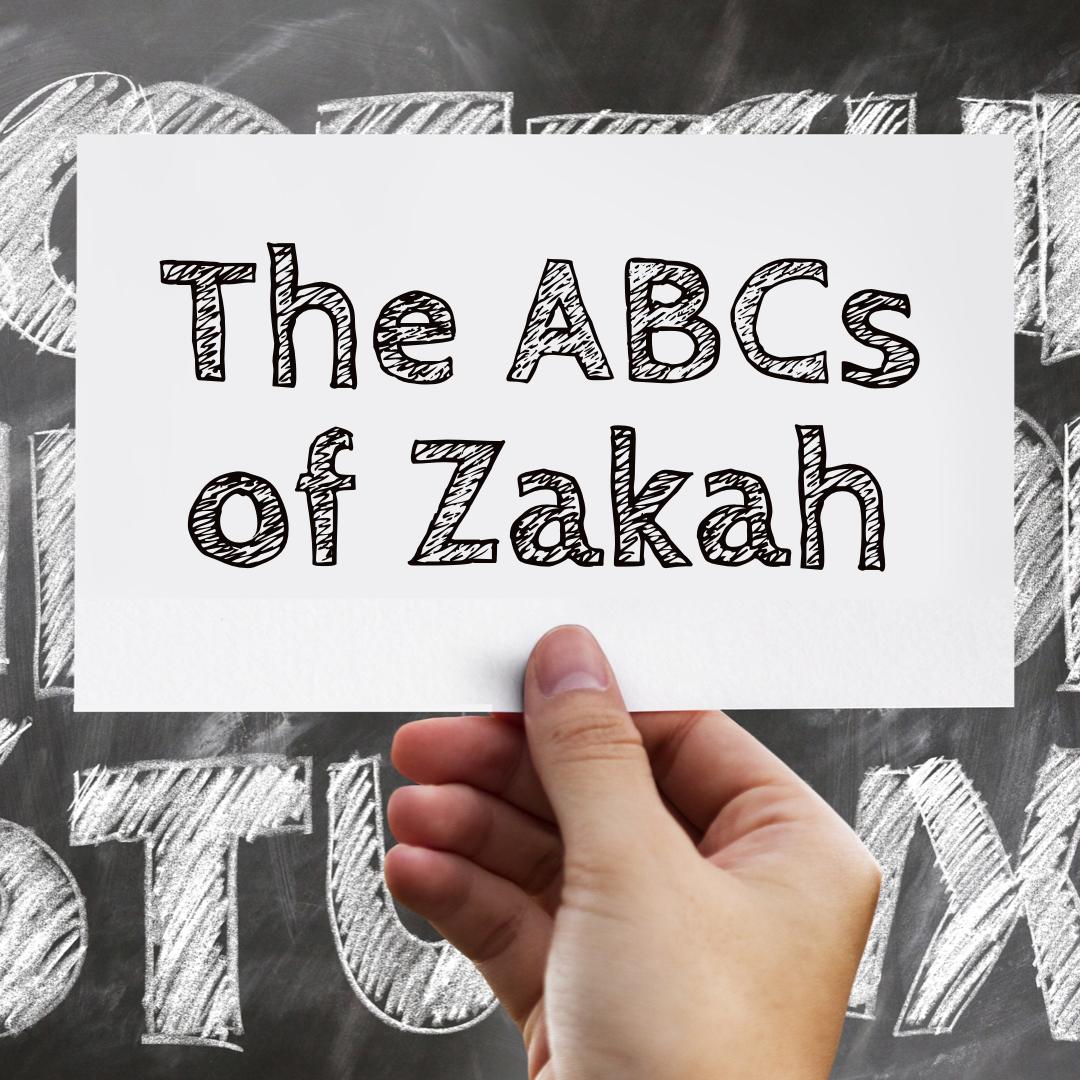 More than just a charitable act, Zakah is a fundamental pillar of Islam right next to Salah (prayer). Its linguistic meaning is to purify or cleanse one’s wealth, but it does not end there. Zakah is also an act of protection (of property from corruption) and a means of worship, as well as a reminder to the believer that the wealth of this world is temporary and that he should not latch on to it. It cleanses the soul of misery and greed as one lets go of some of his wealth for the sake of his Lord ﷻ.

Abdullah (R.A), the son of Umar ibn al-Khattab (R.A), said:
“I heard the Messenger of Allah ﷺ say, ‘Islam has been built on five [pillars]: testifying that there is no deity worthy of worship except Allah ﷻ and that Muhammad ﷺ is the Messenger of Allah ﷻ, establishing the Salah (prayer), paying the Zakah (obligatory charity), making the Hajj (pilgrimage) to the House, and fasting in Ramadan.’”

Zakah has been mentioned multiple times in the Quran; an example can be seen in the following verse,

“And establish prayer and give Zakah…”

There are two types of Zakah – one given on wealth and one given at the end of Ramadan (Zakat-ul-Fitr).

“Allah’s Messenger ﷺ enjoined Zakat-ul-Fitr to be paid with one Sa’ of dates or one Sa’ of barley on every Muslim, free or slave, male or female, young or old.”

One of the conditions of Zakah is the lapse of a year on the property, as narrated by Aisha (R.A),

“No Zakah is to be taken from a property until a year passes on it.”

This is with regards to that which does not come from the land (i.e., grains and fruits) but applies when produced for harvesting and selling. With regards to money, cattle, trade, etc., the stipulated time of a year remains so that the owner can profit and benefit from it and pay Zakah once the year has passed. Once nisab is reached, Zakah becomes obligatory on the owner.

Zakah is compulsory on the wealth of a young child. However, if that child has not reached maturity, then it becomes obligatory on his guardian or representative to give it. Zakah is a legal deed.

Animals Zakah Is Compulsory On

Zakah is obligatory on camels, cows and sheep based on two conditions – the animals must be used for producing milk and reproduction, and they must be grazing livestock.

“Zakah is paid on the produce of plowed land, on gold and silver, and on livestock.”

Nisab for Each Animal:

The ruling for sheep is that when a herd counts forty freely grazing heads at the end of the year, its Zakah is one sheep. This applies until the number reaches 120, at which point, up until 200, the Zakah is two sheep. From 201 to 300, the Zakah is three sheep. When the number is above 300, one additional sheep is added for an increase of every hundred sheep.

Ruling on Gold and Silver Jewelry

The nisab for gold is 85 grams, and it is 595 grams for silver. That means 2.5% Zakah is given from the total gold or silver jewelry. Scholars are divided over the ruling of jewelry when kept as adornments by women. Are they liable to pay Zakah or not? There is evidence from some of the companions of the Prophet ﷺ adorning themselves or others with gold ornaments and not having paid Zakah for it.

Abu Hanifah and Ibn Hazm believe that Zakah is compulsory on gold and silver jewelry, provided they constitute a nisab. Therefore, one should consider giving Zakah if they possess the stipulated nisab for gold and silver.

“Amro bin Shu’aib (R.A) narrated on the authority of his father, who reported on the authority of his grandfather that a woman came to the Messenger of Allah ﷺ accompanied by her daughter, who wore two heavy gold bangles. He said to her, ‘Do you pay Zakah on them?’ She said, ‘No.’ He then said, ‘Are you pleased that Allah ﷻ may put two bangles of fire on your wrist on the Day of Judgment?’ She then threw them away. Related by the three Imams with a strong chain of narrators.”

“…And those who hoard gold and silver and spend it not in the way of Allah ﷻ – give them tidings of a painful punishment.”

“Zakah expenditures are only for the poor and for the needy and for those employed to collect [Zakah] and for bringing hearts together [for Islam] and for freeing captives [or slaves] and for those in debt and for the cause of Allah ﷻ and for the [stranded] traveler – an obligation by Allah ﷻ. And Allah ﷻ is Knowing and Wise.”

There are eight categories mentioned in the above verse:

Islam is a religion well-designed, and it looks after the welfare of everyone. Zakah is an example of how people should seek out those in need of help and give them at least their necessary due so they can take it from there. It encourages social support and bridges the gap between the rich and poor.

Written by: Shafia Jameel
Edited by: The Editorial Team
© The Islamic Reflections Blog

Hussain, Musharraf. The five pillars of Islam: Laying the foundations of divine love and service to humanity. Kube Publishing Ltd, 2012.

[1]Musharraf Hussain. The five pillars of Islam: Laying the foundations of divine love and service to humanity. Kube Publishing Ltd, 2012.