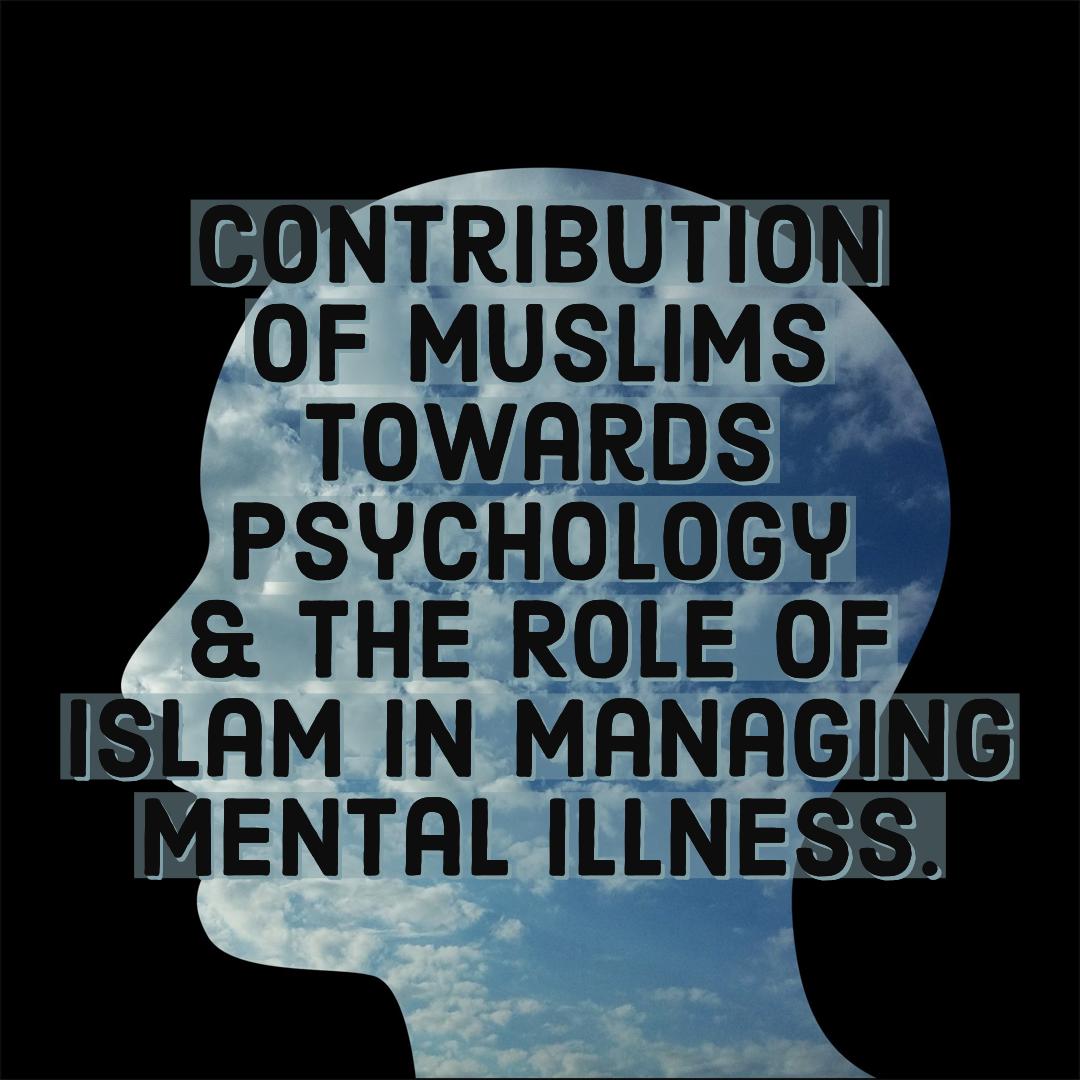 Contribution of Muslims towards Psychology

While mental illness was acknowledged by the Prophet ﷺ during his time, it was considered taboo in many societies. Many people attributed it to attaining the wrath or displeasure of Allah ﷻ, jinn possession and magic, neglecting the possibility of an actual problem of the mind. This mentality, however, is slowly changing. More people have recently come out, contributing towards increased awareness, educating people, and practice in the field of mental health. On the other hand, many are still unaware that Islam places huge significance and attention on optimal mental functioning and psychological well-being, just so people are able to fulfil religious and social duties.

Apart from the Qur’an and the Sunnah being the direct sources for emphasis on mental and general health and well-being, many prominent scholars in Islam, from the time of the Prophet ﷺ and in the centuries that followed, have contributed to the field of mental health. What makes them significant and unique amongst other sources is their emphasis on Islamic philosophy or principles of Tawheed. Most of the works of the scholars, which were classified as natural and social sciences, did not explicitly contain the term ‘psychology’, but rather fell in the realm of philosophy. A few such prominent scholars and their contributions are briefly discussed.

Abu Zaid al-Balkhi was a 9th-century polymath, a psychologist who was ahead of his time. His most famous work is Sustenance for Bodies and Soul, where he elaborates on physical health and gradually delves into concepts related to the soul. One of the main goals of contemporary fields of psychology and mental health is to normalize psychological illnesses, as in to alleviate the stigma and taboo associated with them which was the vision of Al-Balkhi centuries ago. His notable contribution is that of the establishment of a connection between the body and mind and how problems in one would lead to the malfunction in another. Though the Greeks had already described various disorders, it was Al-Balkhi who gave accurate descriptions about depression and obsessive-compulsive disorders on par with the current manuals. He also recognised the possibility of psychosomatic disorders (psychological distress leading to physical symptoms). He was the first person to advocate the employment of various cognitive strategies and aspects of psychotherapy, including methods of talk therapy.

Abu Bakr Mohammed ibn Zakariya al-Razi was known in the West as Rhazes, and he is considered one of the greatest Muslim physicians of all time. Al-Razi was known for his skills in diagnosis and prognosis. He was known for taking detailed histories from patients and for his observational skills. In his practice, he combined psychological methods and physiological explanations. He contributed to ethical codes in psychiatry. He was the director at the Baghdad Hospital and was the first to establish a separate psychiatric ward for the mentally ill. He treated his patients with respect, care and empathy. After the discharge plan was given, he helped the patients with some money. This was the first-ever record of psychiatric aftercare.

Abu Nasr Mohammed ibn al-Farakh (Al-Farabi), known as Alpharabeus, made a huge contribution to the line of dream psychology and social psychology. He related how an isolated individual could not achieve things by himself and that humans have an innate tendency to associate themselves with others around and the importance of neighbourhood. He wrote about the nature and causes of dreams – an important concept in psychoanalysis. In his book, Al-Madina al-Fadila (The Virtuous City), he elaborates on the philosophy of happiness.

This is just a glimpse of the contributions made by a few important scholars out of the many that existed during the Golden age of Islam.

The Role of Islam in Managing Mental Illness

Islam is more than just a religion. Following Islam in its right sense would aid in the overall well-being of a person, let alone his psychological wellness. Here are a few things out of the many that Islam prescribes, which can help in the long run in managing mental illnesses.

The core aspects of counselling are talking out openly, letting out emotions, and listening empathetically to the person in distress. Speaking out to Allah ﷻ, knowing that He is the best listener, has eased a lot of distressed hearts. Also, the Imam of the community acts as a counsellor and resolves issues a person has with regard to his religion, family or spouse, in accordance with the Qur’an and the Sunnah.

The key idea of cognitive restructuring is to analyse and record the pattern of our negative and irrational thoughts, and then substitute them with rational ones. By having strong faith in the Lord ﷻ and believing that both, blessings and hardships, are trials from Allah ﷻ, and trailing our thoughts in the same line makes us worry less.

Addiction and abuse of substances have been major contributors to mental illness. The clear prohibition of all intoxicants in Islam has led to lower rates of mortality due to substance abuse in the Muslim community.

The list goes on. Considering Islam as just another religion and thinking it burdensome because of its duties makes it look like it is backward and extreme. Rather, considering it as a code of life and pursuing to fulfil the duties will prove to be beneficial for a believer, physically, emotionally and mentally, in this world and the hereafter.