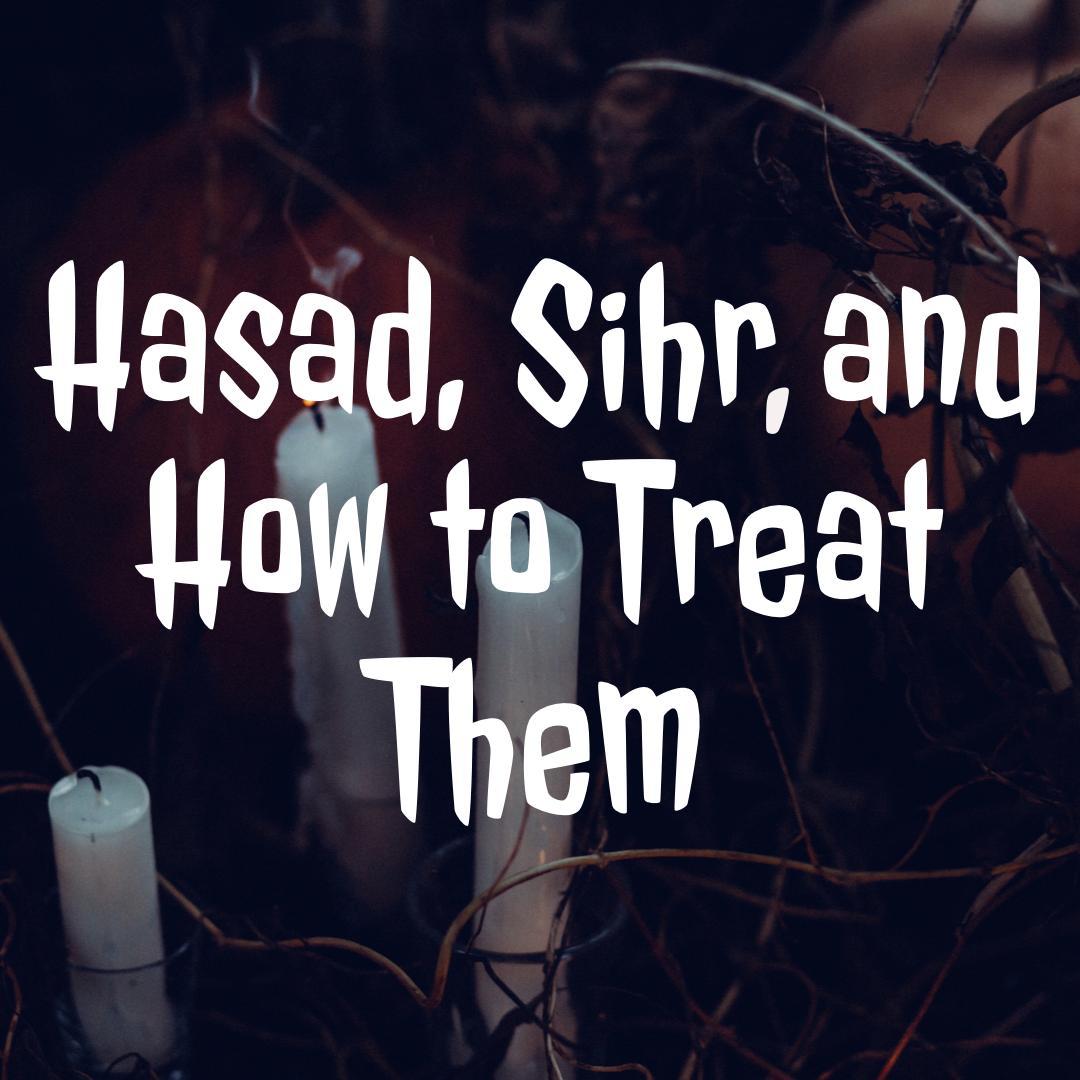 Hasad occurs when one wishes for blessings to be taken away from a person they envy, whether it is a blessing with regard to the religion or worldly affairs. It harms both physical and spiritual aspects of the self and inflicts harm on the individual. Allah ﷻ prohibits it in the Quran,

“And those who harm believing men and believing women for [something] other than what they have earned have certainly brought upon themselves a slander and manifest sin.”

The envier’s actions will reflect what he hides in his heart, and, accordingly, he will try to harm the person he is envious of. Allah ﷻ had instructed the Prophet ﷺ in the Quran to seek refuge with Him from the evil of the envier when he envies by saying,

“And from the evil of the envier when he envies.”

The Levels of Hasad

The only envy which is allowed is where one wishes for a blessing that is bestowed upon a certain person, without wanting it to be taken from that person.

Sihr can be defined as the control of natural forces by the ritual request of supernatural agencies. It is caused by hidden agencies or subtle forces. Sihr includes sorcery and witchcraft. It is forbidden in Islam, and it is one of the kinds of kufr.

Real magic occurs when a person is in contact with the evil jinn, whilst some of the magic today is a product of trickery of gadgets that are designed to deceive people. The practitioners of sihr deal with things in secret, which enable them to perform illusions to confuse people and deceive their eyes and to cause them harm.

A magical spell was cast on the Prophet ﷺ by a Jew, and he suffered from its effect. Sihr causes injury to the envied person, be it physical or emotional. One can fall sick when an evil spell is cast on them. The damage caused by Sihr can be temporary, lifelong, or even take a life. Sihr also causes the breaking of family ties and infertility.

When one is affected by sihr, he/she should not treat it with sihr as evil cannot cure evil. Evil is legally cured by good. The magician learns sihr by serving the devils and getting closer to them through acts that are pleasing to the shayateen. Sihr can be treated by the following:

1. One can look at what the magician has done. For example, if hair or a knot is placed somewhere and found, it should be removed, burnt, or destroyed. When the Prophet ﷺ was bewitched, the magician’s charm was discovered in a certain well and the Prophet ﷺ asked Ali (May Allah be pleased with him) to untie the knots, one by one, whilst reciting the verses from the Mu’awwidhatan (Surah al-Falaq and an-Nas). From the hadeeth book of medicine, it is said,

“Zayd ibn Arqam reported that a Jew cast an evil spell on the Prophet ﷺ, and Angel Gabriel came to him and revealed the Mu’awwidhatan.”

2. The Quran can be recited as it is greatly effective in curing sihr. Ayat al- Kursi, the verses of sihr from Surah al-Araf, Surah Yoonus and Surah Ta-ha, Surah al-Kafirun, Surah al-Ikhlas and Mu’awwidhatan should be recited over the person who has been affected by Sihr.

The following dua must be made for healing.

(O Allah, Lord of mankind, remove the evil and grant healing, for You are the Healer. There is no healing except Your healing, which does not leave any sickness).

3. The magician can be forced to undo his/her magic if he/she confesses or is identified.

4. Seven green lote tree leaves can be taken, ground, and added to water. Then, Surah al-Fatiha and the above-mentioned verses and duas should be recited over it. The affected person can drink some of the water and wash him/herself with the remaining water.

Human desires should be controlled through submission to the Will of Allah ﷻ. Hasad and Sihr occur when one is overpowered by satanic influences and rejects the authority of Allah ﷻ, which causes outrageous consequences. Once one is affected by Hasad or Sihr, he/she can use the above-mentioned treatments to cure it.