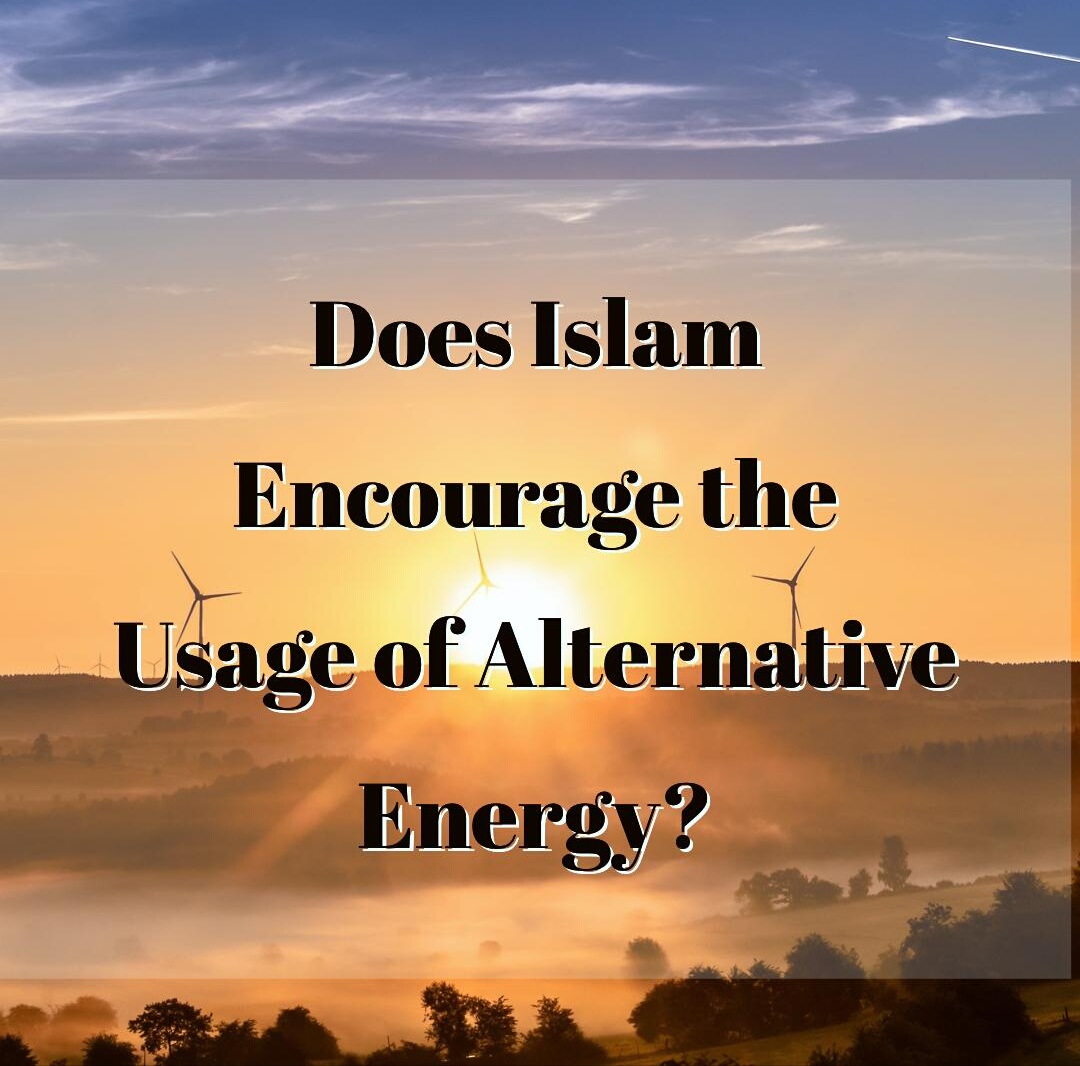 Allah ﷻ created the Heavens and the Earth, and He ﷻ subjected them to our use so that we may seek His bounties and be grateful to Him. Energy is one of Allah’sﷻ  many bounties to us; it can be defined as the ability to do work. All these tremendous developments and modern civilizations are due to the ability to change energy from one form to another and then using it to do work.

There are different forms of energy, such as heat, light, motion, electrical, chemical, and gravitational. These forms are grouped into two general types for doing work, which are potential (or stored) and kinetic (or working) energy. For example, when we eat food, it is a form of chemical energy, which is stored in our bodies as potential energy and then released as kinetic energy. Flowing rivers are a form of kinetic energy, which can be converted to electrical energy, which in turn can be converted to light and heat. Glory be to Allah ﷻ Who subjected everything around us to serve our needs.

For years, human beings have been using many sources of energy, such as coal, petroleum, solar, nuclear, tides, oil, gas, and geothermal. All these different types have their pros and cons, and it is up to us to maximize their benefits and minimize the harm. For instance, coal energy is abundant and inexpensive, but it has a harmful impact on the environment.  The burning of coal produces mercury, toxic heavy metals, and carbon dioxide, which is a cause of global warming. Global warming further leads to unnatural climate changes and the spread of infectious diseases like malaria and dengue. Petroleum energy is a reliable and mature technology, but it has a negative impact on the landscape as it leads to the removal of vegetation and the increase of erosion, which causes landslides and floods.

When fuels are burnt, certain substances, which lead to disastrous harm to the environment and human health, are released. For example, the release of sulfur dioxide causes acid rains, which is harmful to plants and animals that live in water. Sulfur dioxide can also cause respiratory illnesses and heart diseases, especially in children and elderly people. Natural gas is used widely, but its biggest disadvantage is that it is concentrated in specific areas and needs to be transported to many places. Natural gas is very dangerous as it is highly flammable, which makes transportation dangerous. These are some of the many examples of how energy can cause harm to the environment, animals, plants, and human beings.

Islam encourages cleanliness, forbids harm, promotes health and wellness, and urges Muslims to remove harm, as it is considered charity.

“…removing a harmful object from the road is a charity.”

Almost all energy sources have an impact on our environment, and scientists have not spared any effort in finding alternatives and ways to reduce or eliminate the harm. With the advancement of science, scientists have discovered alternative energy, which is defined as any source of energy that doesn’t use fossil fuels. Some of the main examples of alternative energy are solar, wind, geothermal, hydroelectric, tidal, and hydrogen energy. There is also something called renewable energy, which comes from the natural processes that replenish themselves. According to researches, these energies are considered to be cleaner and friendlier to the environment.

Glory be to Allah ﷻ, Who made the Heavens and the Earth, and Who subjected everything to our service. Islam has given us solutions for every problem, and it will always remain valid for every time and place.