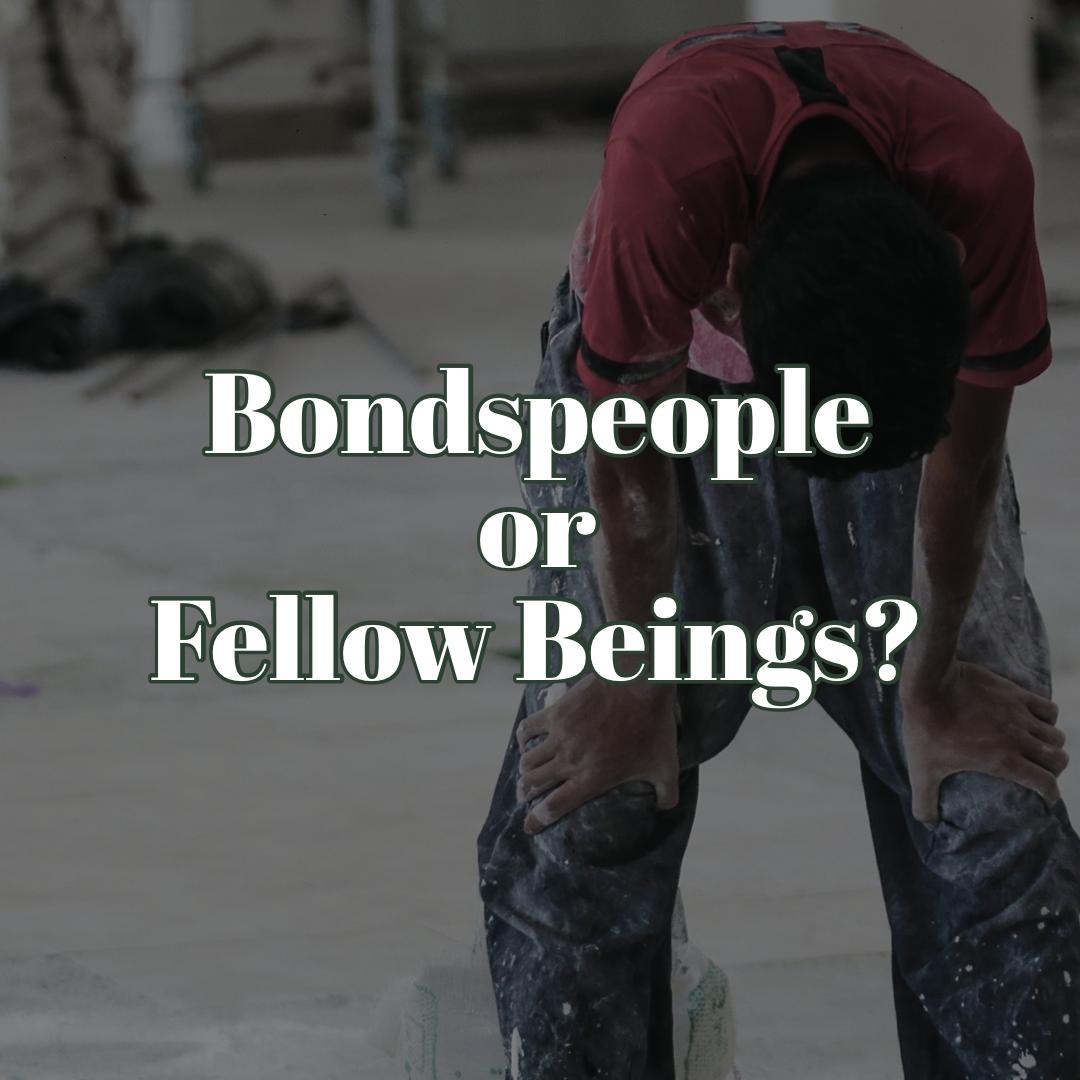 The concept of slavery in Islam has invited a lot of controversy from people with different viewpoints. This is because of the misunderstanding that has occurred with the sub-concepts involved, including the real meaning of slavery in Islam, the rulings on slavery, its sources and reasons, the rights and duties of slaves as equal to free people, rulings on freedom of slaves, treatment towards slaves, a comparison of slavery in modern times, and so on. In this article, we shall come to understand how slaves are meant to be treated according to the ways of the Sunnah of our beloved Prophet ﷺ and the Sahabas (may Allah be pleased with them).

Islam has always emphasised that slaves should be treated with kindness, compassion and justice, as they are worth no less than their free counterparts. The following points portray this in greater detail.

1. To guarantee them food and clothing like their masters

It was narrated by Abu Dhar (may Allah be pleased with him) that the Messenger of Allah ﷺ said,

2. To preserve their dignity

Allah ﷻ says in the Qur’an,

“Indeed, We have dignified the children of Adam…”

This emphasis, that a person cannot be treated with irreverence, applies to all of humanity, irrespective of whether they are slaves or not. A Hadith that reflects the right treatment of slaves was narrated by Abu Huraira (may Allah be pleased with him),

“I heard Abu-l-Qasim (the Prophet ﷺ) saying, ‘If somebody slanders his slave and the slave is free from what he says, he will be flogged on the Day of Resurrection unless the slave is really as he has described him.’”

3. To treat them with fairness and kindness

Many instances from the life of the Sahabas (may Allah be pleased with them) demonstrate the treatment of slaves with kindness, justice and equality.

It was narrated that ‘Uthmaan ibn ‘Affaan (may Allah be pleased with him) tweaked the ear of a slave of his when he did something wrong, then he said after that, “Come and tweak my ear in retaliation.” The slave refused, but the Sahaba insisted, so he started to tweak it slightly, and ‘Uthmaan (may Allah be pleased with him) said to him, “Do it strongly, for I cannot bear the punishment on the Day of Resurrection.” The slave said, “Like that, O my master? The Day that you fear, I fear also.”

4. To let slaves have precedence over free men in some matters

5. To let slaves buy and free themselves from their masters

Islam says that a slave, on account of giving up his wrongdoings and seeking to do good, can seek emancipation (freedom) from his master, and it is an obligation according to some scholars, and Mustahabb according to others, on the part of the master, to set him free. This has been clearly mentioned in the Qur’an,

“…And if any of those ˹bondspeople˺ in your possession desires a deed of emancipation, make it possible for them, if you find goodness in them. And give them some of Allah’s wealth which He has granted you…”

Treating slaves kindly and being fair towards our fellow people is important for our mental stability as well as the other person’s well-being. Many people treat their slaves as good friends, and in some cases, like their own children. Having ownership over a person should not result in abusive behaviour towards them or lead to oppression. These acts are detested in Islam. In our religion, kind treatment to all living things, including plants and animals, is an obligation on the believers. It is wise to comprehend the deeper sense in which slavery was permitted in Islam, and the rulings on the treatment of slaves, to understand the Hikmah of Allah ﷻ and His mercy upon us.