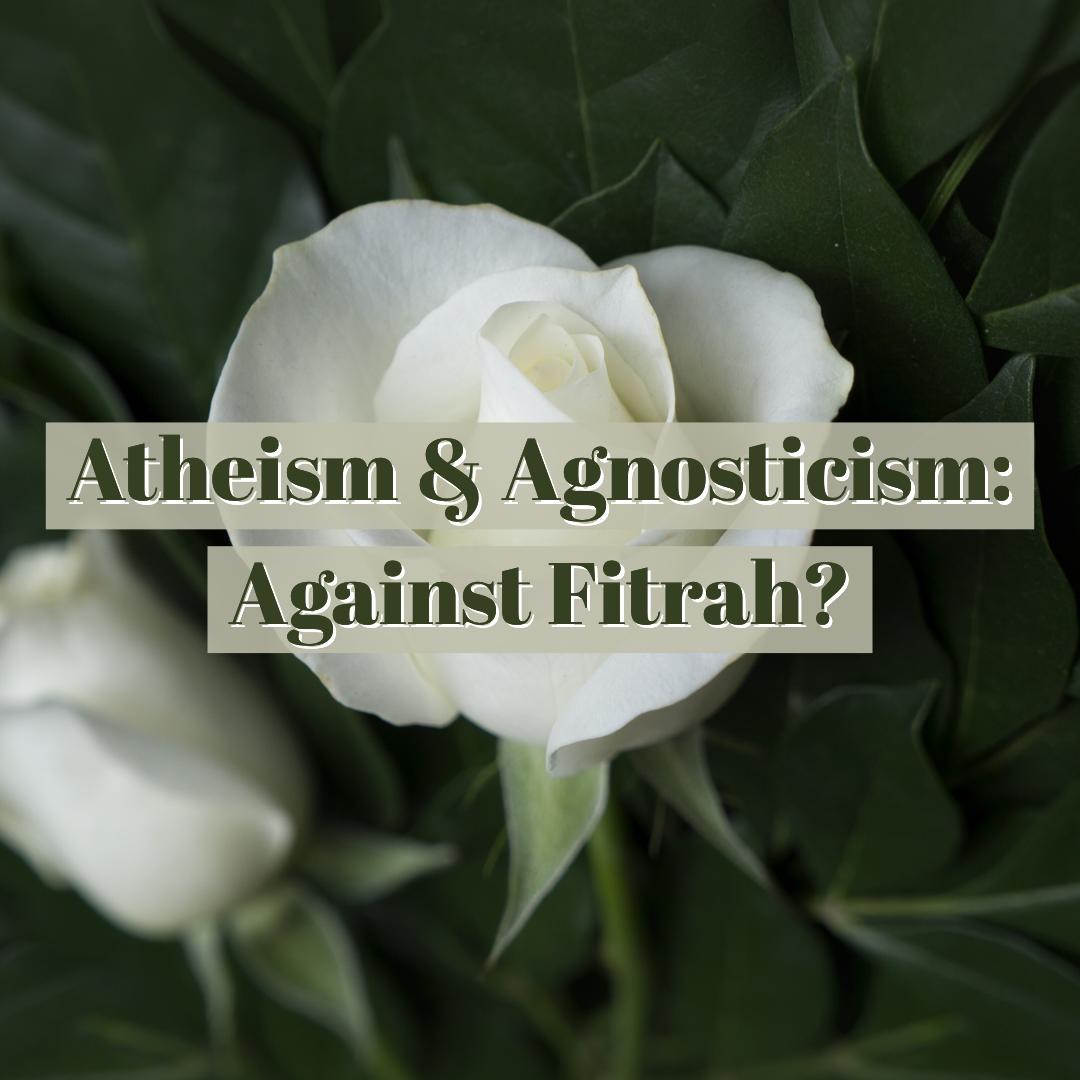 The term ‘fitrah’ can be defined as the pristine nature within human beings that leads them to acknowledge the truth of Allah’s ﷻ existence and follow His guidance. Allah ﷻ has gifted us with this innate belief and has engraved it within our souls. If a person happens to turn away from guidance, they would still possess this innate characteristic (Aisha Utz, 2011). That is why messengers (may peace be upon them) were sent to remind people of an essential aspect of fitrah, which is believing in the Oneness of Allah ﷻ.

‘So be steadfast in faith in all uprightness, O Prophet — the natural Way of Allah which He has instilled in all people. Let there be no change in this creation of Allah. That is the Straight Way, but most people do not know.’

Reflective Intuition involves the use of one’s logic to interpret something. This can be seen in the Qur’an, as Allah ﷻ says,

‘Have they not reflected upon their own being? Allah only created the heavens and the earth and everything in between for a purpose and an appointed term…’

Reflective intuition can also be seen in the story of Prophet Ibrahim (may peace be upon him), when Allah ﷻ describes his perspective on affirmation towards his faith. He ﷻ says,

‘And thus did We show Abraham the realm of the heavens and the earth that he would be among the certain [in faith].’ [Qur’an 6:75]

‘Indeed, I have turned my face [i.e., self] toward He who created the heavens and the earth, inclining toward truth, and I am not of those who associate others with Allah.’

Non-reflective intuition is what a person experiences, mainly through their heart. Modern scientists define this as a pure instinct hardwired in the genes. This is what we call fitrah.

Islam maintains that, to reach a state of conviction and faith, one needs to use the faculties of his mind and heart combined. Atheism is defined as a critique and denial of metaphysical beliefs in God or supernatural beings (Britannica). Agnostics are different from atheists. Agnosticism comes from the Greek word ‘agnōstos’, meaning ‘unknowable’. It is a doctrine that holds that humans cannot know the existence of anything beyond their phenomena. This claim takes their belief away from the fitrah. However, every individual has this innate characteristic that could bring them to the fold of Islam. Prior to our existence, we human beings had a covenant with Allah ﷻ testifying that Allah ﷻ is our Lord. This covenant is mentioned in the Qur’an; Allah ﷻ says,

‘And [mention] when your Lord took from the children of Adam – from their loins – their descendants and made them testify of themselves, [saying to them], “Am I not your Lord?” They said, “Yes, we have testified.” [This] – lest you should say on the Day of Resurrection, “Indeed, we were of this unaware.”’

Hence, all souls hold the belief in Allah ﷻ from the beginning of creation. Every child is born with this natural belief. However, there are various environmental factors that influence this inner characteristic. The Prophet ﷺ says,

‘There is none born but is created to his true nature (Islam). It is his parents who make him a Jew or a Christian or a Magian quite as beasts produce their young with their limbs perfect. Do you see anything deficient in them? Then he ﷺ quoted the Qur’an: “The nature made by Allah in which He has created men there is no altering of Allah’s creation; that is the right religion”

Parents and society play a big role in changing one’s fitrah. Satan can also lead a person astray from his natural inclination. The Prophet ﷺ affirmed by saying,

‘Behold, my Lord commanded me that I should teach you which you do not know and which He has taught me today. (He has instructed thus): The property which I have conferred upon them is lawful for them. I have created My servants as one having a natural inclination to the worship of Allah, but it is Satan who turns them away from the right religion and he makes unlawful what has been declared lawful for them and he commands them to ascribe partnership with Me, although he has no justification for that...’

To conclude, even the atheists and agnostics have a natural inclination towards Islam. However, they are misguided. As for the atheists, they should not depend solely on logic. Remember, as we said earlier, for one to attain the state of conviction and faith, one needs to use the faculties of their heart and mind. One needs to contemplate and get educated. As Ibn Taymiyyah stated, ‘One is either ignorant or forgetful before one commits evil. That is why all sinners against God are ignorant. Reason is not self-sufficient. However, it is a pre-requisite to knowledge and virtue.’

Written by:  Buthayna Abdulhalim
Edited by: The Editorial Team
© The Islamic Reflections Blog