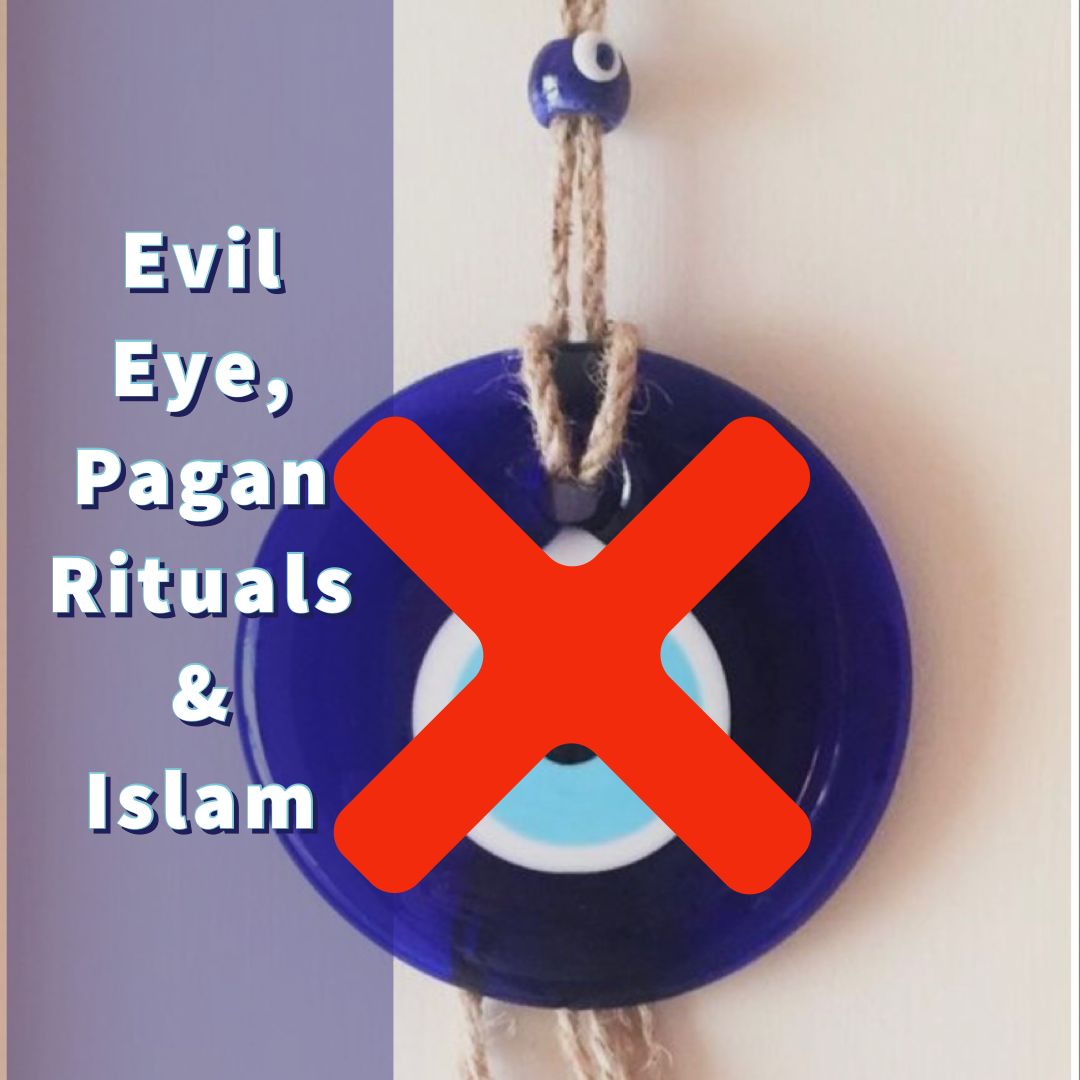 Evil eye, or ayn as it is called in Arabic, is something that all Muslims are aware of. It refers to the harm a person may cause to another with their sight. It can either be intentional or unintentional, but it is real. It was narrated from Abdullah bin Amir bin Rabi’ah, from his father that the Prophet ﷺ said,

Even someone who has no intention of inflicting the evil eye upon another person can do so without knowing that they are doing it. It is neither a concept that was made up by any man nor a superstitious belief that originated from a sceptic mind; it is as real as every other thing mentioned in the Qur’an and Sunnah. Ibn ‘Abbas reported Allah’s Messenger ﷺ said,

The belief that the evil eye can cause harm is widely accepted and prevalent among Muslims and non-Muslims. The Qur’an and Sunnah talk about the evil eye and mention ways to shield oneself from it and avert it.

The fifth verse of Surah al-Falaq talks about seeking refuge from the evil of an envier when he envies, thereby confirming that the evil eye is real and one needs protection from it. Such protection lies only with Allah ﷻ.

Like everything else, the evil eye can only afflict a person with the will of Allah ﷻ, which is why protection from the evil eye too lies in Allah’s refuge only. It is unlikely for someone regular with their Salah, Qur’an recitation and dhikr to get afflicted by the evil eye. It is narrated by Bukhari that Aisha (may Allah be pleased with her) said,

“The Prophet ﷺ gave command that we should use ruqyah against the evil eye.”

Unfortunately, cultural practices used to ward off the evil eye have overtaken authentic Islamic practices of dhikr and ruqyah. These cultural practices either stem from old pagan rituals of non-Muslims that have no logical explanation, or through whimsical minds. Allah ﷻ knows best.

What NOT to Do in Case of the Evil Eye

Every culture has its own ways to ward off the evil eye or to seek protection from it. In the Indian sub-continent, there are bizarre ways adopted by ignorant Muslims to avert it. These practices include making a dark mark with kohl on babies and toddlers or making them wear black and white beads entwined on a black thread; hanging a bunch of lemon and green chillies at the entrance of the house, which when dried up is assumed to have absorbed all the evil eye that was cast on the house and its residents; and dry spitting a couple of times after complimenting someone.

As if these practices weren’t enough, there are home remedies available to repel the evil eye, like using dry red chillies and burning them, or cotton dipped in oil and then burnt. It is believed that the kind of smoke they emit reflects the intensity of the evil eye the person was afflicted with.

A trending item to protect someone from the evil eye is the Turkish evil eye. Blue beads representing the eye are a part of Turkish culture but have now become a part of global fashion, and they currently come in different forms of jewellery and home décor items as diverse types of amulets. They believe that it protects one from the evil eye of an envier. These examples are merely a sample from the vast number of rituals practised across several cultures.  Unfortunately, due to a lack of proper authentic knowledge of Islam, many Muslims also indulge in these practices and use charms and amulets to keep themselves protected from the evil eye.

On the surface, these practices and souvenirs might seem harmless, and not in direct conflict with one’s imaan, but the intensity of the reality is far more disturbing. Believing that anything other than Allah ﷻ has the power of protecting anyone from anything evil or averting any sort of harm amounts to shirk. It is putting one’s trust in things besides Allah ﷻ. Indulging in such things also amounts to shirk, as these practices originate from other religions and their belief in idols and false gods.

What to Do in Case of Evil Eye

Prophet Muhammad ﷺ used to seek refuge by reciting the mu’awidhatayn from the Qur’an, which are the last two surahs of the Qur’an (Surah al-Falaq and Surah an-Nas), Surah al-Fatiha and Ayat al-Kursi(Qur’an 2:255). He ﷺ would also recite,

Further, Ibn Abbas (may Allah be pleased with him) said,

I seek refuge in the perfect words of Allah, from every devil and every poisonous reptile, and from every bad eye.’”

Engaging in ruqyah as guided by the Prophet ﷺ, and the remembrance and obedience to Allah ﷻ, shields us from all sorts of harm, including the evil eye. What more does a person need when they have protection directly from Allah ﷻ? How can meaningless cultural practices ward off any harm? How can a piece of jewellery provide protection when the power to protect us lies only with Allah ﷻ?

Pressurized to follow the cultural norms of the society that we live in, following the Qur’an and Sunnah may seem difficult, but it is the only solution to every problem. Most of our cultural practices are illogical and rooted in baseless superstitions. These practices are not going to take us to Jannah, whereas following the true teachings of Islam will. When in a situation where your culture and its practices contradict Islam, choose to do what Allah ﷻ has commanded and do it the way Prophet Muhammad ﷺ did.

Remember, on the Day of Judgment, we are all going to be alone with our deeds. So, make sure your deeds are such that they are most pleasing to Allah ﷻ. Hold on to the rope of Islam, even if it means leaving your cultural practices.

May Allah ﷻ guide us to prioritize Islam over cultural practices and protect us from committing sins knowingly and unknowingly.