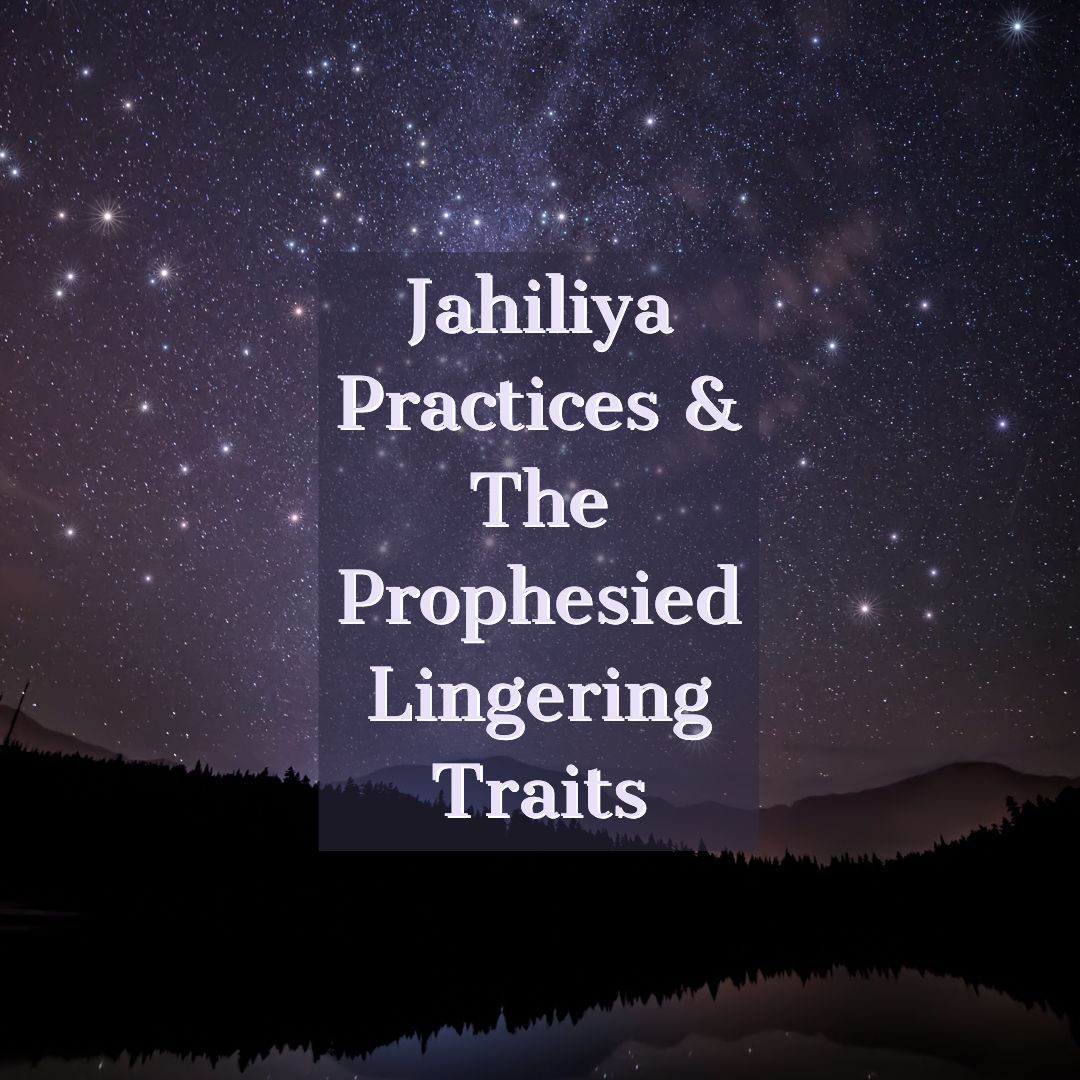 The Arabs of the Jahiliya lived in the Arabian Peninsula after the destruction of the Ma’arib dam in Saba around 300 A.D. The period between their existence and the advent of Islam is approximately 310 years. Evil and immorality prevailed in their society. When Islam came, it corrected their practices and beautified their culture. [Hanapi, 2013]

Islam gradually transitioned Arabs of the Jahiliya from being an immoral society to being morally upright. When Ja’afar ibn Abi Talib (may Allah be pleased with him) went to Abyssinia, he addressed the Negus saying, “O King! We were a people of Jahiliya; worshipping idols, eating the flesh of dead animals, committing abominations, severing ties of kinship, neglecting our neighbours, and the strong among us would oppress the weak. We remained in this state until Allah ﷻ sent us a Prophet ﷺ, one of our own people whose lineage, truthfulness, trustworthiness, and integrity were well-known to us. He ﷺ called us to worship Allah ﷻ alone and to renounce the stones and the idols, which we and our ancestors used to worship besides Allah…” [Ar-Raheeq Al-Makhtum]

The Prophet ﷺ laid the foundations for a strong spiritual structure for his ummah to follow. He ﷺ also prophesied four notorious traits of the Jahiliya that would remain in the ummah. It was reported by Abu Malik Al- Ash’ari (may Allah be pleased with him) that the Prophet ﷺ said,

“Among my people, there are four characteristics belonging to Pre-Islamic period which they do not abandon: boasting of high rank, insulting other people’s genealogies, seeking rain by stars, and wailing…”

Boasting of High Rank (of their lineage)

It was narrated by Abu Huraira (may Allah be pleased with him), on the people who used to boast about their forefathers, that the Prophet ﷺ said,

“People should stop boasting about their fathers who have died, while they are but coals of Hell, or they will be more humiliated with Allah than the dung beetle that rolls dung with his nose. Indeed, Allah removed Jahiliya from you and its boasting about lineage. (Indeed, a person is either) a pious believer or a miserable sinner. And people are all the children of Adam, and Adam was (created) from dust.”

A person’s ancestors may hold high positions among the community, such as Chieftains, Governors, or even Prophets, and the person boasts about being a part of that noble lineage, being arrogant towards others. They even participate in practices that are against Islam, thinking that they are invincible.

But…don’t they know what happened to Abu Lahab and Abu Talib – the uncles of the Prophet ﷺ?

Remember, everyone will be judged according to their piety, regardless of their lineage.

People in Jahiliya were very proud of their own clans. They looked down upon people of different clans or races and rebuked them with hurtful words. The Prophet ﷺ addressed this directly, saying,

“…Pride is disdaining the truth (out of self-conceit) and contempt for the people.”

This is still seen in different tribes, whereby they consider themselves more honourable than the others. Some even teach their children to discriminate against their peers because of their backgrounds. Allah ﷻ forbids scoffing at people. He ﷻ says in Surah Al-Hujurat,

Remember, no one is above another except through taqwa (piety).

The people of Jahiliya used to attribute the falling of rain to the rising and setting of stars. This is clearly shirk since Allah ﷻ alone can make the occurrence of events to happen at any time He wishes. The prohibition of the attribution of rainfall to stars is described in the following hadeeth, narrated on the authority of Zaid bin Khalid al-Juhani (may Allah be pleased with him),

The Messenger of Allah ﷺ led the morning prayer at Hudaybiya. There were some marks of the rainfall during the night. At the conclusion of the prayer, he ﷺ turned towards people and observed,

Nowadays, there are people who attribute things like the rising and falling of prices and the occurrence of accidents to the movements and direction of stars. People should be aware and cautious of such actions to avoid falling into shirk.

The prevention of wailing was ordained after the battle of Uhud, upon the killing of Hamza (may Allah be pleased with him), the uncle of the Prophet ﷺ.

An-Niyahah (wailing) can be in the form of beating oneself, screaming, and tearing garments. This is different from the normal crying over the dead, which is permitted.

The four traits mentioned above show us the evil that is still lingering in Islamic societies. These traits represent shirk and pride which Allah ﷻ has prohibited us from involving ourselves in.

“…none shall enter Paradise who has in his heart the weight of a mustard seed of pride.”

“…Verily, whosoever sets up partners in worship with Allah, then Allah has forbidden Paradise for him, and the Fire will be his abode. And for the zalimoon (polytheists and wrongdoers) there are no helpers.”

We should adhere to these warnings so that we can keep ourselves and our brothers in Islam away from such traits.