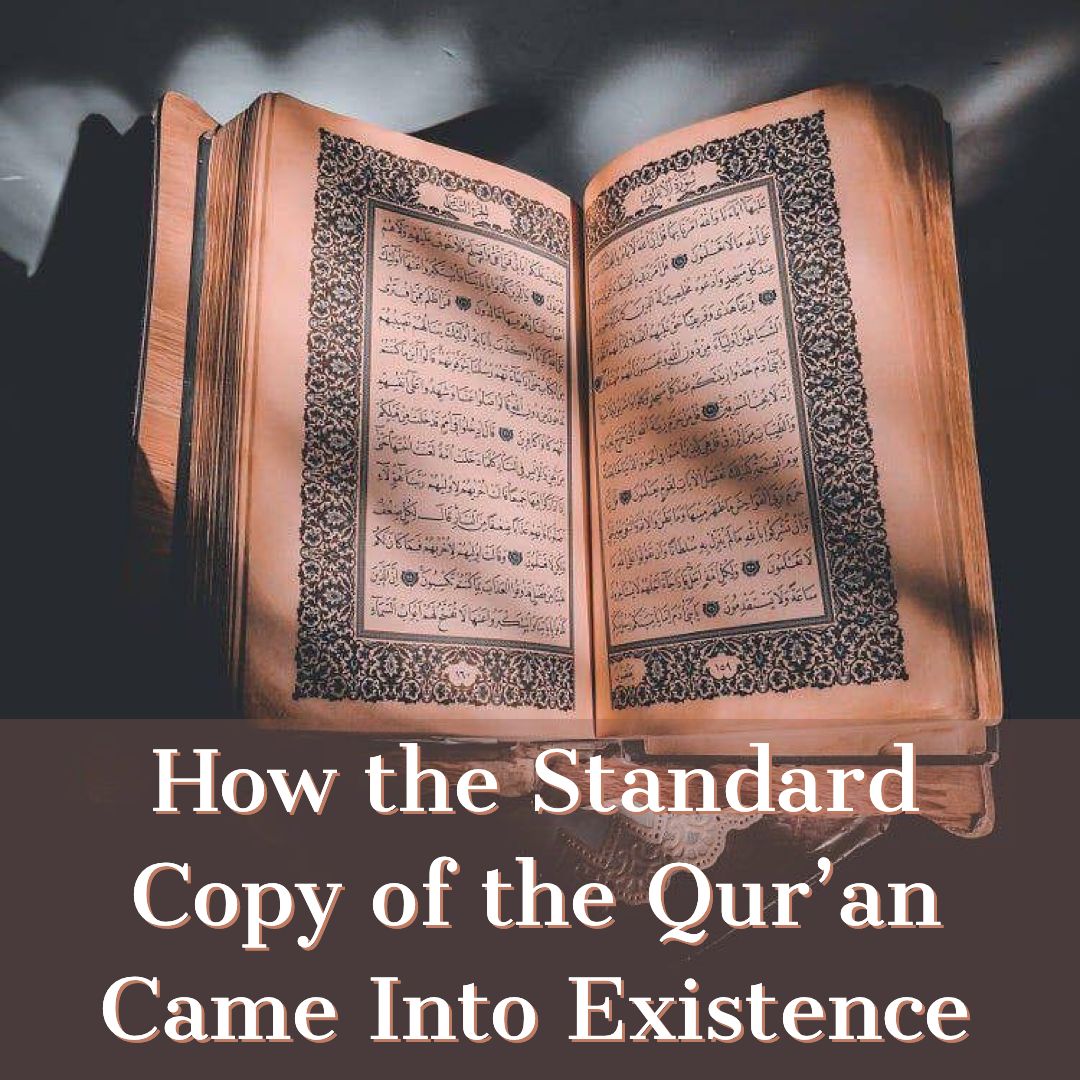 The Qur’an which in your hands you hold,
The Qur’an which to your heart is so close,
The words which are more precious than gold;
Ever wondered how it became a book from scrolls?

In the Battle of Yamaamah,
Killed were many of the sahaabah;
Among them were many huffaaz,
Who died with Qur’an in their hearts.

It happened during the caliphate of Abu Bakr,
Concern arose in the mind of Umar;
The Qur’an would be lost by such killings,
Therefore, it should be preserved by compiling.

Abu Bakr hesitated,
Finally accepted,
The idea of compiling,
As a way of preserving.

Thus began the Qur’an’s compilation,
Under Zaid ibn Thabit’s supervision,
Who, for the Prophet, used to write down the divine inspiration;
From the sahaabah, he began collecting manuscripts of the revelation.

Some years later, Hudhaifa observed,
The way of reciting the Qur’an among the people differed;
Alarmed, as it was a serious matter to think,
He requested the Caliph to do something.

Thus, during Uthman’s caliphate,
Another reform was made;
To prevent dispute among the later generations
Regarding the correct way of the Qur’an’s recitation.

He asked for Hafsah’s Qur’an copy,
Giving Zaid ibn Thabit and three other sahaabah the responsibility;
He asked them to undertake this task so momentous,
Of making one standard text, the mus’haf.

Several copies of this standard Qur’an text were made,
To every Muslim province, one copy each was sent;
Their other manuscripts of the Qur’an were set to fire,
Thus averting between people conflict and ire.

This standard script came to be called the Uthmani Mus’haf,
Which incorporates all styles of recitation;
The Promise fulfilled by the One above the heavens,
That He would surely guard this inspiration.