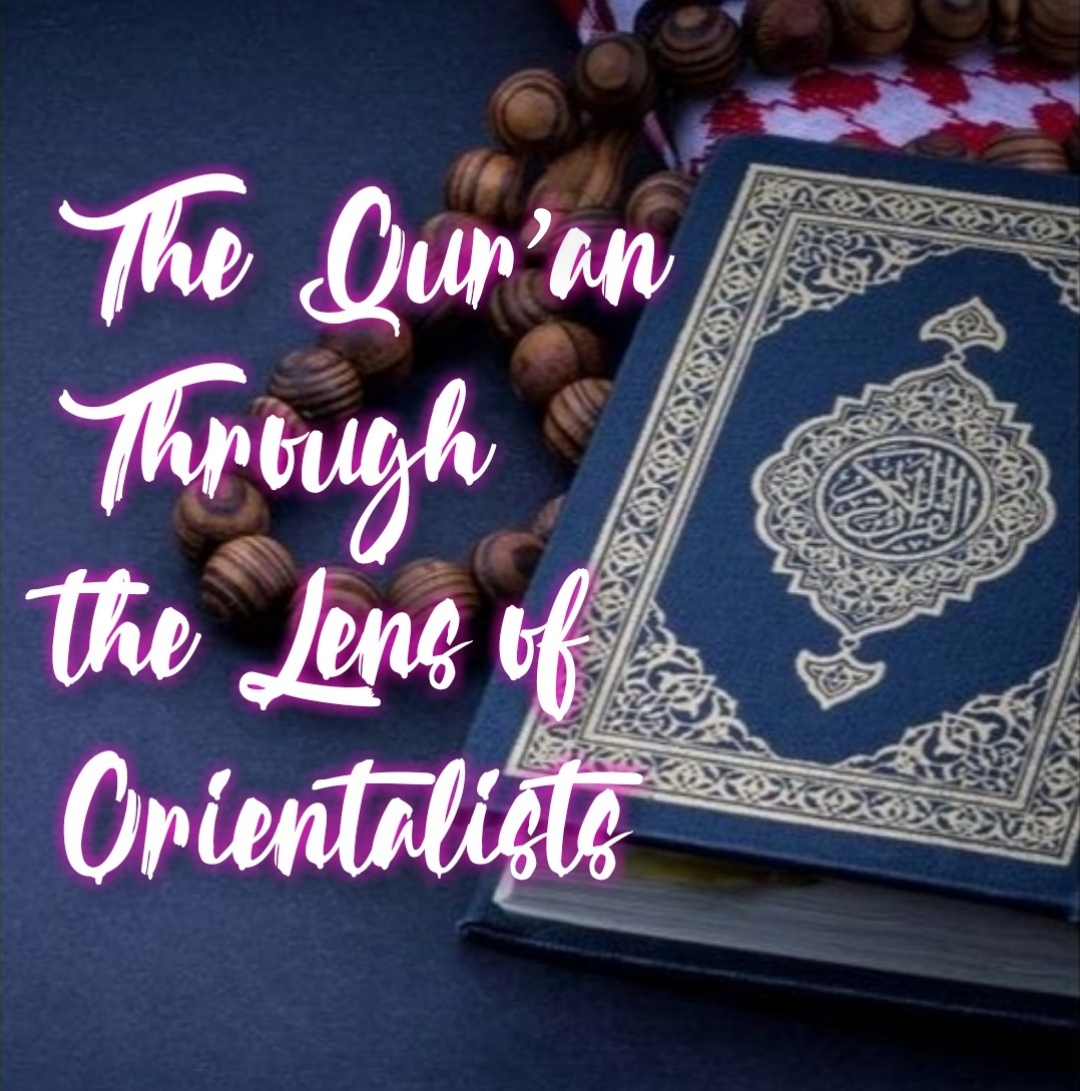 Islam has been facing various oppositions and challenges since its inception. Orientalism is one of them. Many orientalists who studied Islamic civilization, history, doctrines, legislations, Arabic language, Islamic art, etc. have misinterpreted various aspects of Islam, and many have misrepresented Islam too.

The Qur’an is one of the many aspects of Islam that the orientalists debate on. They claim that not only is the Qur’an a product of the human mind and hand, but it also came into being through a process of evolution and growth over the first two centuries of Islam.

Despite such claims made by the orientalists, we know from the Qur’an and sunnah that it was revealed by Allah ﷻ to Prophet Muhammad ﷺ over a period of 23 years.

Orientalists and the Wahy

Since the mid-nineteenth century, the orientalists have conjured a number of assumptions and theories on the subject of wahy.

In the nineteenth and early twentieth century, the orientalists were A. Sprenger, William Muir, Theodor Noldeke, Ignaz Goldziher, W. Wellhausen, Leone Caetani, and David S. Margoliouth. In the middle and later part of the twentieth century, Richard Bell and W. Montgomery Watt further developed and summarised their work and conclusions. The key aim of all these orientalists was to show that the Qur’an is Muhammad’s ﷺ own composition.

Allah ﷻ clearly states in several surahs that the Qur’an is not the composition of a human being, and that it is Allah ﷻ Who revealed it.

“…(This is) a Book which We have revealed to you (O Muḥammad), that you might bring mankind out of darkness, into the light, by permission of their Lord– to the path of the Exalted in Might, the Praiseworthy.”

“And this (Qur’an) is a blessed reminder which We have revealed. Will you (pagans) then deny it?”

To further refute the orientalists’ claim, let’s use a centuries-old explanation. During the Prophet’s ﷺ time, Allah ﷻ asked the Prophet ﷺ to throw out a challenge to those who doubted that the Qur’an was Allah’s ﷻ Word. The challenge was only to come up with a text similar to that of even a single surah of the Qur’an.

“And if you are in doubt about what We have revealed to Our servant, then produce a surah like it and call your helpers other than Allah, if what you say is true.”

Has anyone come up with something like the Qur’an yet?

No. Not a single person has won the challenge to this day.

In addition, the orientalists claimed that the Prophet ﷺ was an ambitious person who made preparations for giving out the Qur’an and for the role he played. They said that he ﷺ especially cultivated poetical skill since his early life to be able to compose the Qur’an. Allah ﷻ has denied these allegations too in the Qur’an,

“We have not taught him poetry, nor is it fitting for him. This (Book) is only a Reminder and a clear Qur’an.”

“It is not the prose of a poet (as you claim), (yet) you hardly have any faith. Nor is it the mumbling of a fortune-teller, (yet) you are hardly mindful. (It is) a revelation from the Lord of all worlds.”

Orientalists and the Preservation of the Qur’an

Some orientalists found faults with the oral transmission of the Qur’an, while others saw a problem with the writing. They overlooked the fact that the Qur’an was preserved in both oral and written forms. While the Qur’an was being taken down in writing, it was also being committed to memory simultaneously. It was a double-safe system of preserving and publishing the Qur’an, which provided a cross-check against any error, whether in the way it was written down or committed to memory.

Today, we have with us copies of the Qur’an from the first century of the hijrah, and we know the dates when these copies were prepared. Yet, to the orientalists, these were rather too late to be reliable.

Orientalists’ Translations of the Qur’an

In the modern age, where scientific and technological advancements have reached new heights, it is a matter of grave concern that those who are unable to meet the challenge posed by the Qur’an 1400 years ago think of using other means to denigrate Islam and Muslims.

Some orientalists– for example; Peter the Venerable, Ludovicco Marracci, George Sale, J. M. Rodwell, E. H. Palmer, Richard Bell, and A. J. Arberry –prepared erroneous translations for the Qur’an, filled with falsehoods about Islam, in attempts to replace the Qur’an and to refute Islam.

The orientalists’ attempts to interpret the Qur’an are to bring about a major social change in the Islamic world through their orientalist understanding of Islam. We should be aware of their faults, unreasonableness, and their attempts to assail the Qur’an, which could easily mislead the Muslims and the non-Muslims who are interested in knowing about Islam from its origin. We must stay aware and protect ourselves from the folly of accepting these unscrupulous orientalists as the supreme authorities of Islam.

3 thoughts on “The Qur’an Through the Lens of Orientalists”