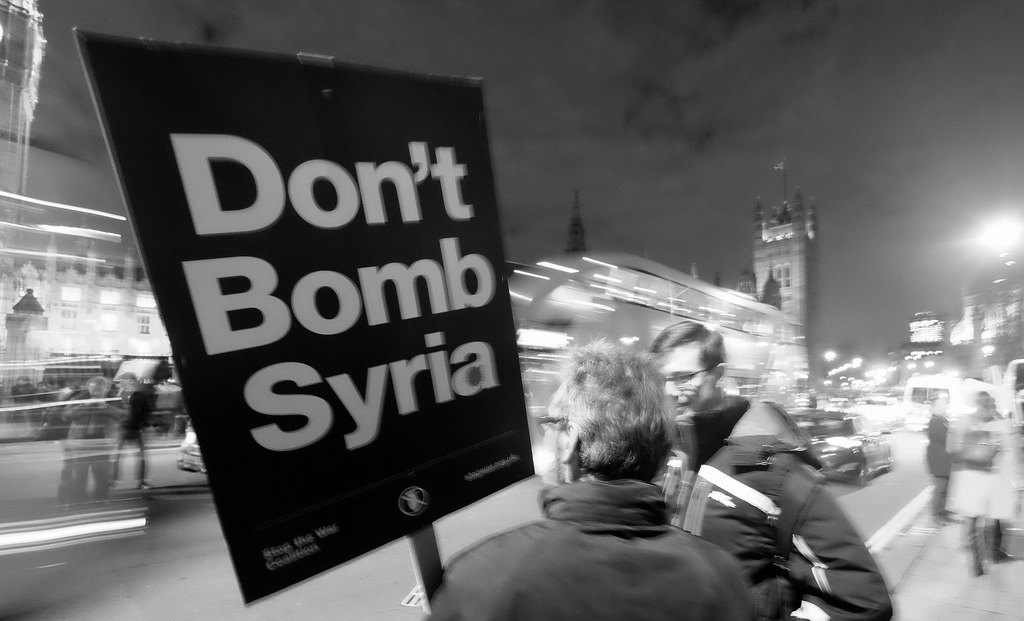 You open your Whatsapp, Facebook or any social networking site. You take any newspaper. You watch any news channel. You wouldn’t be able to miss one fact that’s been circulating for the past decade. Yes, it is the SYRIAN WAR. It is a critical scenario for the people of Syria – starting with Hama, Aleppo and now Ghouta, most of the regions of Syria have been bombed and devastated to the core.
Millions of people displaced from their own houses. Thousands and thousands of people killed, children orphaned and women molested ruthlessly. This has been the worst war the humanity has ever witnessed. What started out as a political struggle has turned into a civil war with the involvement of many countries and many suggest that there is a possibility of another World War.
It’s quite heartbreaking to see children appeal out to the public via social media to pray for them, to save them from this deadly disaster. Children eating left overs from the trash. People struggling for the aids that come in from all over the world. Even there, people providing humanitarian aids taking advantage of the situation and exploiting women in return for the relief supplied. Such is the case in Syria – the land that is part of Ash- Shaam, that our beloved Prophet Muhammad (ﷺ) spoke of.
Narrated Ibn `Umar: The Prophet (ﷺ) said, “O Allah! Bestow Your blessings on our Sham! O Allah! Bestow Your blessings on our Yemen.” The People said, “And also on our Najd.” He said, “O Allah! Bestow Your blessings on our Sham (north)! O Allah! Bestow Your blessings on our Yemen.” The people said, “O Allah’s Apostle! And also on our Najd.” I think the third time the Prophet (ﷺ) said, “There (in Najd) is the place of earthquakes and afflictions and from there comes out the side of the head of Satan.” (Sahih al-Bukhari, Hadith No. 7094)
Prophet Muhammad (ﷺ) had prayed to Allah to bless that land, yet why are our innocent Muslim brotherhood in Syria suffering? Well, that’s the decree of Allah. Even this was prophesised by Rasoolullah (ﷺ‏) Narrated Abu al-Darda’: The Prophet (ﷺ) said: The place of assembly of the Muslims at the time of the war will be in al-Ghutah near a city called Damascus, one of the best cities in Syria. (Sunan Abi Dawud 4298,  Graded Sahih by Al-Albani)
Rasoolullah had said that there’ll be a war and the place of assembly of Muslims will be in al Ghutah. Here, Rasoolullah is referring to the strong Muslim brotherhood during the time of battles. And this is what exactly we should do, be strong and patient, face reality and join together as one strong ummah – one Muslim brotherhood.
Well, it is not practical for each of us to go all the way there and engage in Jihad fee Sabeelillah. Nevertheless, the brothers and sisters of Syria are actually part of it and by Allah’s grace, they’ll be rewarded immensely in the Akhirah for their patience.
What is our role as the Ummah of Rasoolullah towards those being oppressed?

(Especially during Tahajjud, between the Adhan and the Iqama, etc)
Revive a Sunnah. Recite Dua al Qunut in your Salah and pray for the oppressed.

May Allah grant the Muslims of Syria victory over the oppressors! May Allah make them among the Mujahideen! May Allah accept all our dua! Ameen Ya Rabb!
References
https://www.youtube.com/watch?v=gvJvx3uENAI
https://sunnah.com/bukhari/92/45
https://sunnah.com/abudawud/39/8
http://www.bbc.com/news/world-middle-east-43206297