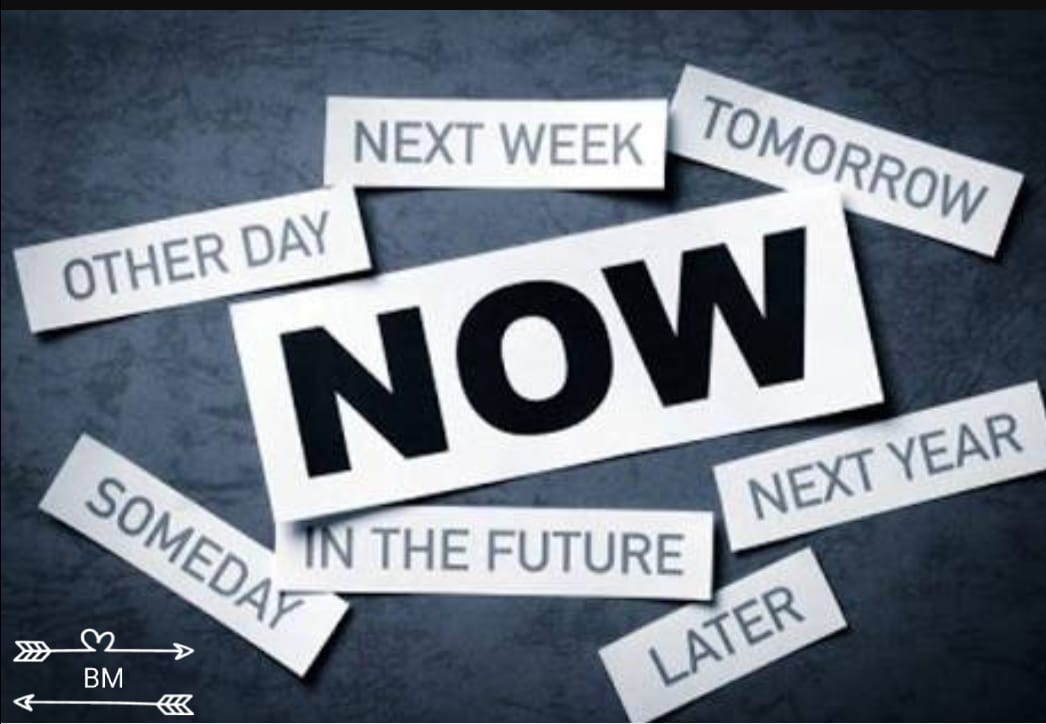 Today, tomorrow and day after, when you realise it became yesterday.
How many times do we procrastinate and postpone things with the thought, “I will do it later.”
Well, not always do we accomplish our postponed tasks with a peace of mind in due time rather end up having stress, misery and frustration.
And keep telling ourselves, “Next time! I will never ever do this again. This is the last time am doing this.”
These are words we all say, have said or will say after the postponed thing has been done.
In reality, we end up blaming ourselves and keep regretting the same way we did at first. This proves the fact that we do not stick to our words.
Have YOU asked yourself, why?
Why can’t I always do everything on time or ahead of deadlines? Be Consistent?
Why do I have to be forced to do things?
Is there something wrong with my nafs(inner self that controls our desires)?
Did the sahabas postpone as well?
Did the prophet postpone?
Failure to achieve what you had postponed to do is a normal human characteristic that is universally accepted as a weakness in every person.
This proves that there’s no way you can eradicate it but you can control it and try to avoid or overcome it.
Understand the fact that you are not in control of YOUR destiny.
Yes, you might have planned yourself accordingly to accomplish a certain act and you end up failing to do it but rather do the act after few days/weeks/ months.
Was it accomplished?
Yes!
Was it done within the duration you planned?
No!
Was it urgent and among the necessities ?
If your answer was yes! Or No! Then read below!
Learn how to prioritise what is imperative in your life.
What is important will always come first and the rest follows.
Know the value and degree of your actions before attempting them now or decide to throw them into the basket of “later.”
For instance, family time is more vital than spending your time perusing your social media accounts.
Reading Quran has more value than watching Fifa World cup.
Well! We don’t mean, you neglect your entertainment time, this takes us to the next step below.
Learn how to do the right things at the right time within a limited period you set for yourself.
What did the prophet say to the three sahabas who decided to not eat but fast consecutively, not sleep but stay awake the whole night and not marry women?
This hadith proves the fact that there’s time for everything.
Prophet himself postponed some of the acts and He managed to accomplish them when the time was right.
Wasn’t he able to ask Allah to give him power and leadership over Quraysh before hijrah? Didn’t the Angel of Mountains asked if prophet would want to destroy the people by allowing him to crush the city? Why didn’t he give a go ahead as truly they had tortured him to the limit?
He knew capturing their hearts was the key to success and as promised by Allah, that one day, he will conquer Makkah.
He did! When the time was right!
Prioritize! Not always, does everything which fits in the “later” basket , has to be done right away.
And not everything that is thrown into the “later basket” is justly been kept there as it is the appropriate time for it. No! It deserves justice so give it it’s time which has to be NOW.
Biological/genetics, sociological and psychological factors all influence the development of personality differently and to different extents.
Try to create a habit of prioritizing when the seed of procrastination is still germinating.
Don’t let the roots to spread and the stem to stand upright that’s when you try to cut it off.
When reality strikes, “it’s too late.”
Psychologists stated that, “One is unable to change one’s genetics, but one can gradually change one’s behavior.”
So start cutting off the roots of procrastination from Today before you make it tomorrow and day after and come to realize it became yesterday!
Lastly, Shut down all distractions before the “deadlines clock bangs your head to start working.”
What has a possibility to be done today, don’t postpone!
What can be done later, postpone!
Prioritise!
References:
Al-Mubarakpuri, S. R. (1995). Ar-Raheeq Al-Makhtum (The Sealed Nectar). Maktaba Dar-us-Salam Publishers.
Humanillnessescom. (2015) “The Brain and Nervous System”. Humanillnessescom. Retrieved 23 June, 2015, from http://www.humanillnesses.com/Behavioral-Health-A-Br/The-Brain-and-Nervous-System.html
Jung, C.G. (1971). Psychological Types. (Volume 6 ed.). New Jersey: Princeton University Press.