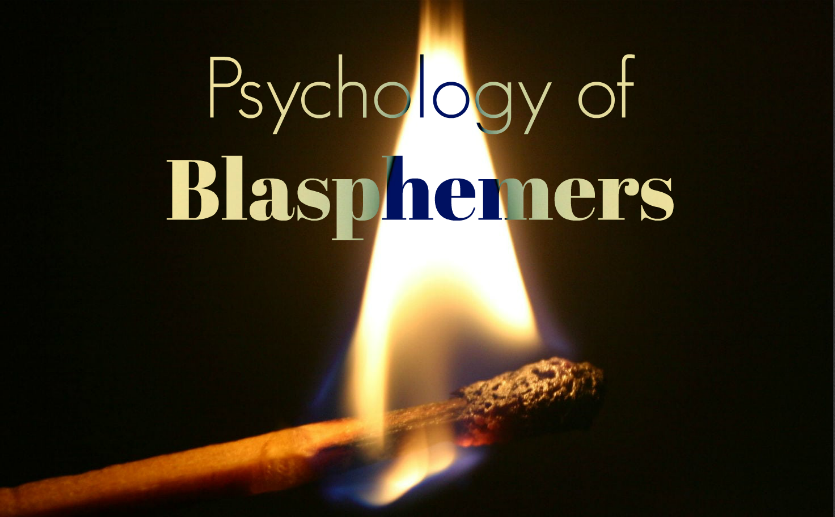 “But Mohammed was a warlord, a mass murderer, a pedophile, and had several marriages.”

“Mohammed himself slaughtered the Jewish tribe…”

In recent years, such labellings on Prophet

Muhammad ﷺ has compelled millions of individuals to buy the papers off the news stand. Images of Muslims from around the world violently protesting against the blasphemy are all over the internet. Sadly, what is being broadcasted is not the blasphemy itself rather it is our reaction. It is the reaction that is putting up the wrong image of Islam. One may question, is it really the love of our Prophet  ﷺ or is it the anger of being defamed by other creeds that riles us up to express such vilification? Are we any different from all the blasphemers out there? It is indeed ironical how we claim our love for him and yet fail to abide with his own teachings.

Readers, imagine yourself being confronted by a man abusing your father and the father who only propagates peace is standing right beside you. Would you snap at him on the basis of self-respect and the honor of being his own son or would you sincerely follow his teachings so you could best represent his image to the uninformed man?

Before you can think of what you would do, you may want to read this first.

What actually causes a Blaspheme?
There are two main reasons due to which blasphemers insult religions:

Often times, blasphemers are not brought into contact with the right information about the religions. They either believe in what they are told or what they have understood.

You may be questioning yourself as to how to able to recognize and deal with blasphemers effectively in order to deliver a religiously ideal response.

Understanding a Blasphemer
Blasphemers existed in the age of the Prophet ﷺ. Most of them acknowledged his prophet-hood yet were not able to repress themselves to it. There were kinsmen from Quraish, who not only disbelieved him but also undertook the mission to taint his image. According to psychology, narcissism is one of the solid reasons that triggers abuse. Tribesmen such as Abu Jahal of Quraish, harbored tribal pride that made them narcissistic and engender mutiny. Despite subconsciously accepting his prophesies, they did not want to subdue themselves to another religion.

Blasphemers simply think too highly of themselves and their religious creed, which keeps them from delving deeper into the truth of another religion. Similarly, Greet Wilder, in today’s era, has been confined to see the religion from a single perspective. Wilder, brought up in a Roman-Catholic household, had held a cartoon competition of Prophet Muhammad. He believes Islam makes its followers violent, thus these offensive actions are taken to elicit a response from us so that they could prove themselves right. We must understand that saying ‘Muslims are not terrorists’ is not enough; implementing it is! Blasphemers aggravate us purposely, if we reply to blasphemy with equal violence, we won’t be representing our own religion of peace.

How to deal with Blasphemy
We need to realize that the Prophet ﷺ, have also had Blasphemers, who not only verbally put him down but had expressed their contempt, physically. They persecuted him to the degree that he would have his shoes filled with blood.

Displaying such an extreme abuse comes under a borderline personality disorder. In many cases, due to stress which one is unable to cope with, results in them subjecting their rage to a particular object that everyone else is targeting. Individuals with this disorder lose the ability to reckon their actions and end up with a clouded conscience. They use a common target onto which they vent their frustration on.  But how did our Prophet ﷺ deal with blasphemers?

Eradication of Blasphemy
Dogma is the very root of blasphemy; those who scorn the religion fail to double-check their accusations.

Prophet Muhammad said ﷺ “Near the establishment of the Hour there will be days during which religious knowledge will be taken away and general ignorance will spread.” [Bukhari]

Blasphemy is produced by mere misconception that eventually leads to indoctrination. Sadly, many of us become confused when we see other learned people blaspheming our religion. This causes cognitive dissonance, due to the lack of knowledge about our own faith; we begin to doubt the truth. For a Muslim, to be able to respond in the most idealistic manner, he/she must have knowledge about Islam, it is not possible to clear someone else’s doubt if we have our own.
Although, it is impossible to completely eradicate Blasphemy but as Muslims we should fulfill our duty to spread the word of Allah and continue the mission of our beloved Prophet.

Readers, in my rendition, if we look at the picture of blasphemy from a positive perspective, we would realize that due to this, many people from different creeds have come forth to learn about our religion. Blasphemy of our prophet Prophet ﷺ has stirred curiosity in the minds of many and it is believed that curiosity leads to knowledge. We must also understand that Allah, the all-knower, loves the prophet in ways we cannot fathom, and there must be His wisdom in allowing such sacrilege to happen. As Muslims, we have a duty to spread and represent Islam in its full rights, and instead of driving them away; we must invite people to come to the truth.