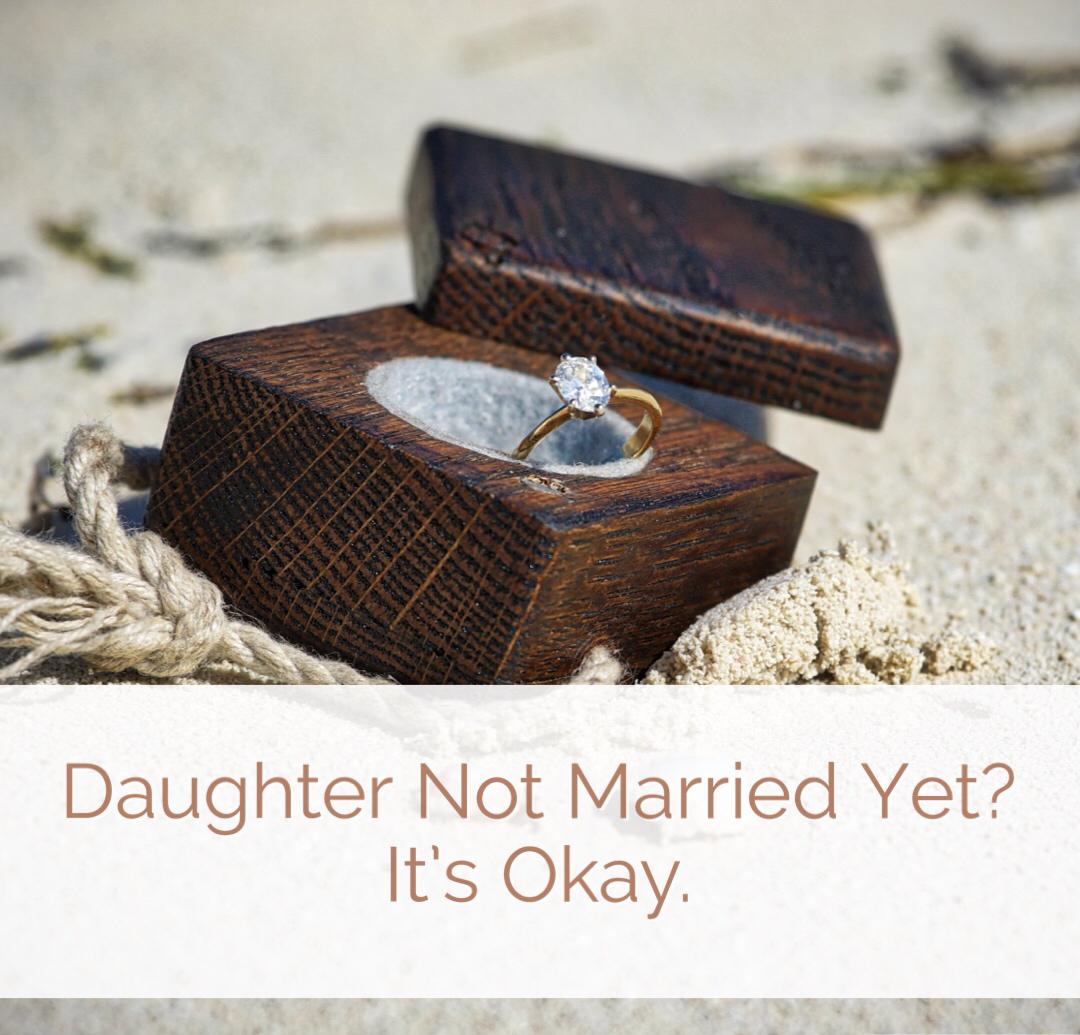 It all starts with looking forward to proposals when your daughter is of the age to get married. You believe the proposals are going to rush in, and you prepare her for her marriage.

Then comes the second stage; this is when the proposals come in but there’s none that your daughter or you are happy with. But, you still hope.

Weeks turn into months, and months into years. The proposals are dying down, your daughter’s getting older, girls younger than her are getting married, and with the society’s ‘thoughtful’ inputs,  you begin to wonder if there’s a problem with you or your daughter that she isn’t getting married. This is the stage you begin to lose hope.
On one side, you love your daughter and want the best for her. However, with the guilt of troubling you, your daughter may not be the same girl you interacted with before. While you tend to your lost hope, you may fail to notice how much your losing faith disturbs her. She loses her self-confidence, questions her self-esteem, and probably cries to sleep every night because she thinks she’s the cause of your distress. She may feel like a burden, retract into a shell, and probably agree with every other thing you say just to avoid your troubles. A time may come when you like a proposal and your daughter may accept it – whether or not she likes it – only to rid you of your worries. Besides all this, the biggest hit this matter gives is to your faith. Many parents often forget Allah ﷻ and His plans, and that He knows what’s best for His slave. In desperation, they slip into false practices outside the Islamic principles. This may seem trivial but this is the vulnerable moment Shaitan seeks. Through his whispers, it’s very easy to gradually fall into Shirk.

So, what’s the right way to deal with it?

1. Trust Allah and have patience
Allah ﷻ plans, and He is the best Planner. He created you, and He knows what’s best for you. So, trust Him. Maybe, the delay in marriage is better for your daughter

‘But if you endure patiently, verily, it is better for As-Sabirin.’
[Surah An-Nahl; verse: 126]

2. Supplicate
Supplicate to Allah ﷻ. Turn only to Him. Allah ﷻ has put you on this trial and it is only He who can ease your affairs. Supplicate in those times He has promised to answer you indefinitely.

‘And when My slaves ask you (O Muhammad) concerning Me, then (answer them), I am indeed near (to them by My Knowledge). I respond to the invocations of the supplicant when he calls on Me (without any mediator or intercessor)’
[Surah Al-Baqarah; verse: 186]

3. Don’t burden yourself with guilt
Parents often blame themselves for not being able to find a suitor for their daughters at the right time. Know that it’s not an easy task. You are giving away your daughter, whom you’ve brought up and cared for your whole life, to a man who has to care for and take the responsibility of your daughter in her life thereafter. The man you seek is going to be your daughter’s security in this life. So, don’t feel guilty for wanting the best for her.

4. Don’t compromise
Your daughter may be getting older but that does not mean she deserves anything less. Also, make sure that your daughter doesn’t feel the need to compromise to ease your worries.

Our Prophet ﷺ has advised us to choose the right companions because of the influence that they can have on us; and after marriage, husbands are the biggest source of influence in a woman’s life. His mannerisms, behaviour, thought-process and mindset will not only influence his wife’s, but also their children’s because of his genes or simply because of the habits that they will develop by observing and imitating him.

So, be patient and wait for Allah ﷻ to send a groom about whom you’re going to be completely sure.

5. Don’t hesitate to be the one to propose
In many regions, a proposal sent by the bride’s family is considered shameful and is said to lower the bride’s status. In such affairs, one must recall how our Prophet’s ﷺ first marriage took place. It was Khadijah (RA) who proposed to him. The proposal never brought her status down, and what a beautiful marriage it was!

6. Ignore the societal talks
The society doesn’t know what you are going through, nor is it going to be affected by your daughter’s marriage in any way. So, ignore their pressure. Channelize your energy towards Allah ﷻ. We are in this world to please Him, not the humans, and it’s easier to please Allah ﷻ.

7. Take care of your daughter and be optimistic
In all the chaos, your daughter may develop an inferiority complex. Boost her self-confidence and lead a normal life. Let your home be a happy place bustling with positive energy. If you’re not happy with a proposal, let it go and await something much better because Allah ﷻ is planning it for you, and only He knows what is best for you.

On the flip side, when you look for a groom, don’t make it an impossible task. Don’t set such high standards that no man can meet. Don’t be amongst those parents who turn down fitting proposals because they think their daughter is still young for marriage. Likewise, don’t skip proposals while you wait for your daughter to build her career. You won’t know it then, but while you were waiting for a better groom, the best of them must have gone by.

Prophet ﷺ has said: ‘If there comes to you a man with whose religious commitment and attitude you are pleased, then marry (your daughter) to him…’
[Sunan al-Tirmidhi, 1084; classed as saheeh by al-Albaani]