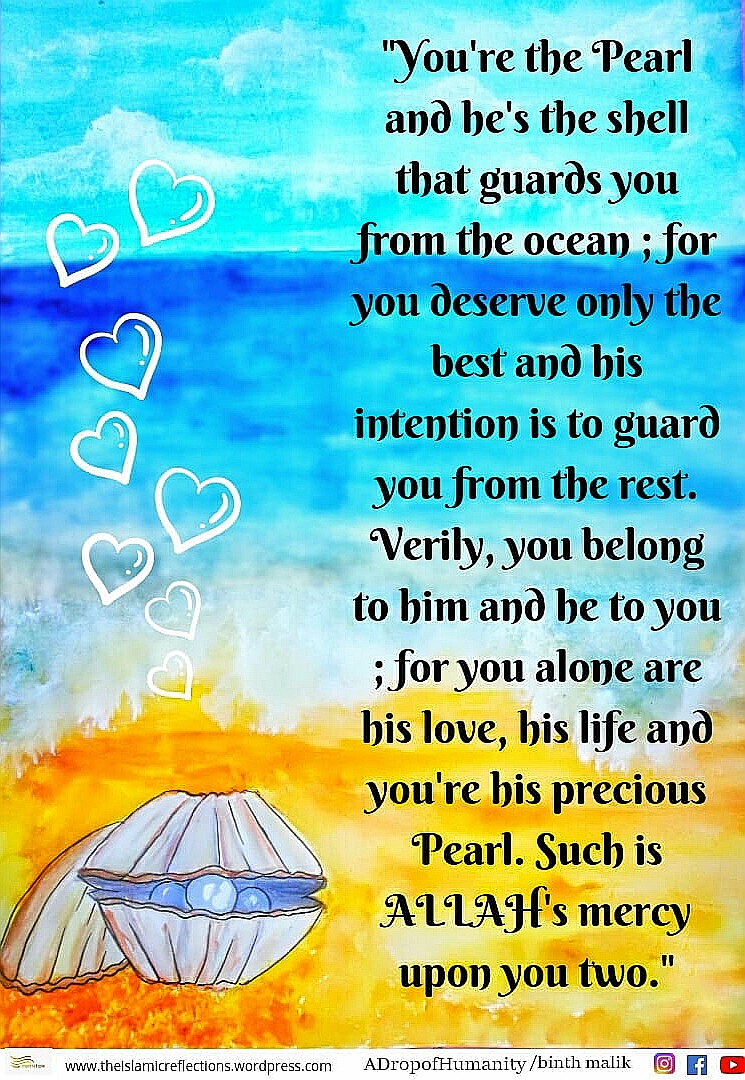 Gheerah ( best pronounced as Geera ) is the term used to indicate the protective jealousy a husband feels over his wife. Although this word is often translated to “protective jealousy”, the best meaning could be considered as “honourable protection” according to me.
One of the most famous examples from the time of the Rasool ﷺ would be that of Az Zubayr Ibn Al- ‘Awwam and Asma Bint Abu Bakr. Asma had refused a ride ordered by the messenger ﷺ himself due to the consideration of her husband, Az Zubayr’s gheerah. Later on, however, when he learnt of this case, he was the one who wept and told her that he would have preferred her to ride with him ﷺ than take up the hard journey all on her own.
[Saheeh al-Bukhaaree; eng. Trans. Vol.7 p.111 no.151]
This is a gracefully beautiful narration on how and what Gheerah actually is meant to be. He put aside his personal preferences for the well-being of his wife.
He was selfless in his care; not selfish.
Gheerah is mostly applicable in the case of a husband but there’s no denial in stating that a wife experiences it as well.
“They (your wives) are your garment and you are a garment for them”
[Quran; 2:187]
The blessed Qur’an itself speaks on how a husband and a wife are both a garment for one another. And how beautiful is it that Allah سبحانه و تعالى  uses the word “garment” which designates a vast variety of ways in which both the spouses are to live with each other. Protecting and gracefully shielding one another. SubhaanAllah!
May Allah سبحانه و تعالى bless us all with spouses who have proper understanding of marital affairs, and make us the coolness of each others’ eyes. Ameen.