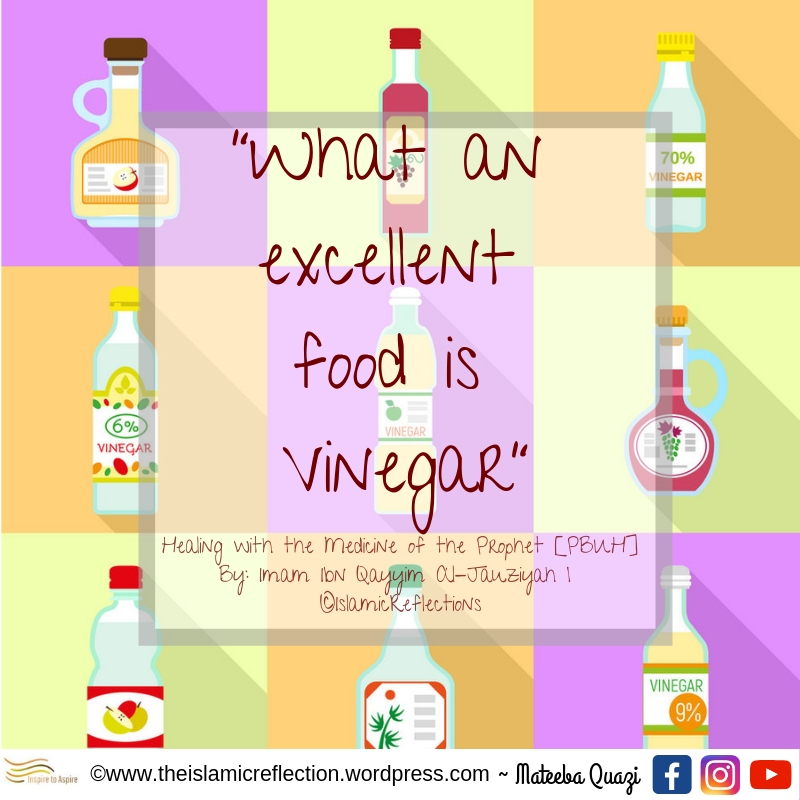 Khall, Vinegar
Jabir bin Abdullah [RA] said, “The Messenger of Allah ﷺ asked his wife for food and she said that I have vinegar, he ﷺ asked for some and started eating from it while saying: What an excellent food vinegar is [he ﷺ ate it with bread].”

Khall is a substance that is both hot and cold, although coldness is usually more apparent. It is dry in third degree and is a strong drying agent. Vinegar has a soothing effect on the body. It helps against gastric inflammation and bile and prevents the harm of toxic medication. It further aids in the digestion process and tends to soften food while working against phlegm.