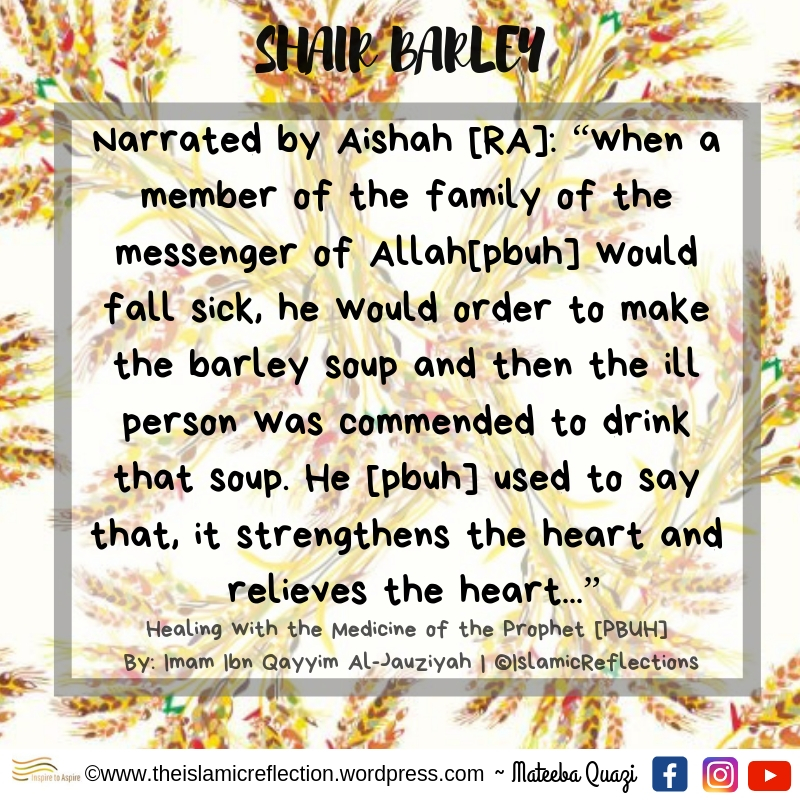 Barley
Narrated by Aishah [RA]: “When a member of the family of the Messenger of Allah ﷺ would fall sick, he would order to make the barley soup and then the ill person was commanded to drink that soup. He ﷺ used to say that it strengthens the heart and relieves the heart of ill person as if one would feel after washing dirt off of one’s face.”
Barley boiled in water is more nutritious than its flour and has a multitude of benefits. Barley water helps against coughing and throat roughness, relives the irritant excess excrement, produces more urine, cleanses the stomach, quenches the thirst and extinguishes heat. It also provides comfort and has decomposing qualities.