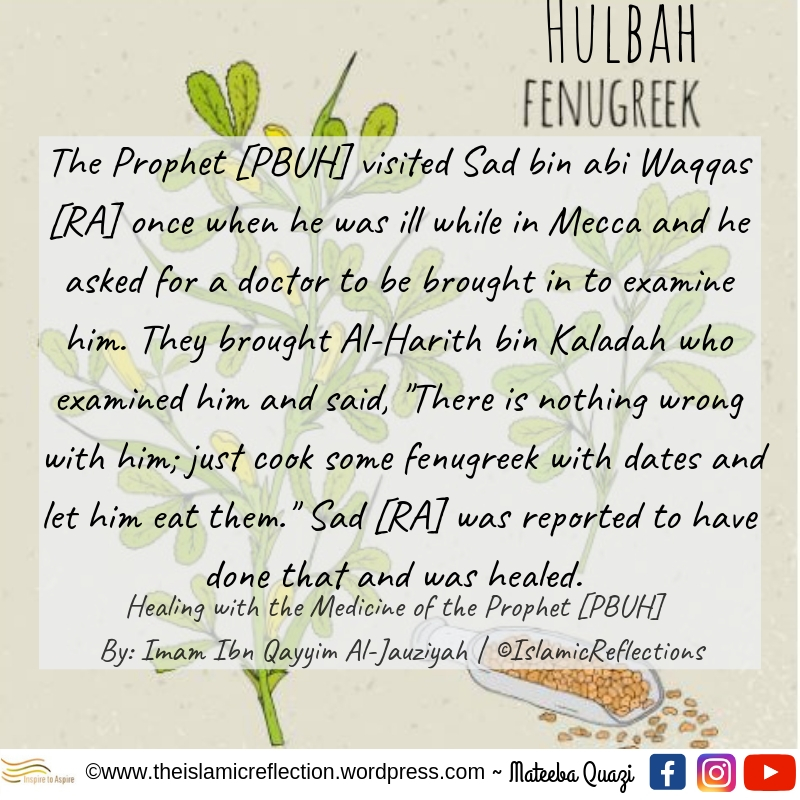 The Prophet ﷺ visited Sad bin Abi Waqqas [RA] once when he was ill while in Mecca and he asked for a doctor to be brought in to examine him. They brought Al-Harith bin Kaladah who examined him and said, “There is nothing wrong with him; just cook some fenugreek with dates and let him eat them.” Sad [RA] was reported to have done that and was healed.
Hulbah is hot in second degree and dry in first degree. When the fenugreek is cooked in water, it will soften the throat, chest and the stomach. It also relieves coughing, dryness, asthma and hard breathing. It also releases flatulence, phlegm, piles, and various accumulations in intestines. It helps against gastric ulcer and lung diseases. Hulbah is used to heal the intestines, mixed with some ghee and fanith.