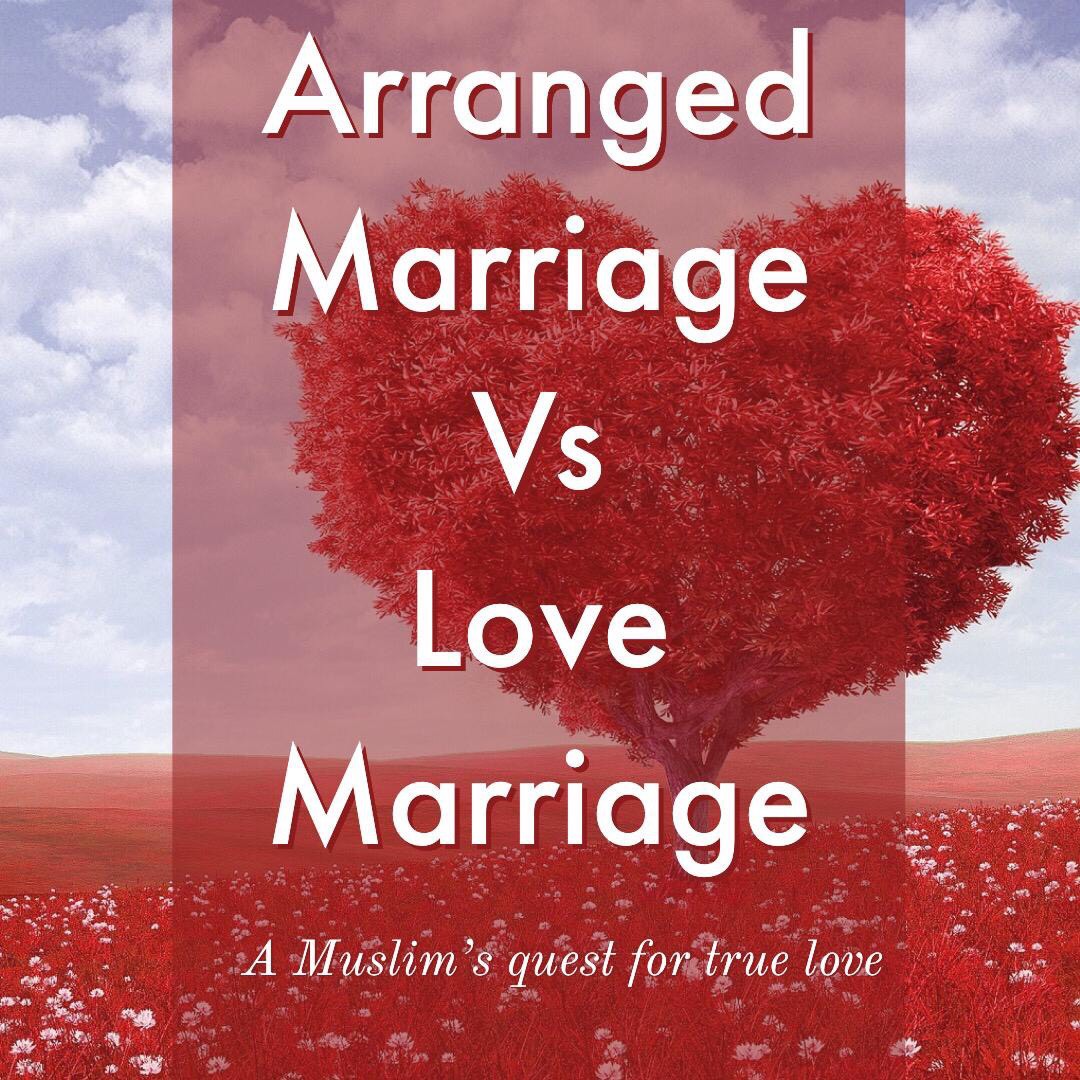 To love and marry or marry and love – that is the question.

Marriage, as an institution, is a lifelong commitment. Your whole world is uprooted as you are thrust into a whirlwind of life-altering decisions, your responsibilities seem to multiply tenfold, and even the most familiar of things leave you baffled. Hyperbole aside, it is also one of the most beautiful relationships that an individual can be blessed with. Allah ﷻ says in the Qur’an,

“And of His signs is that He created for you from yourselves mates that you may find tranquility in them; and He placed between you affection and mercy…” [Al-Qur’an 30:21]

Therefore, one of the most important prerequisites for marriage is an appropriate mindset. Before saying yes to anything, you need to carefully evaluate yourself and consider if you are willing – physically and psychologically – to accept this change in your life. Enter the debate between arranged and love marriages – a discussion as old as time itself. But, before we delve into the topic at hand, we need to understand what love really is.

Contrary to popular belief, love is not the sole foundation of marriage. According to psychologist Dr. Mark E. Sharp, it is simply a “feeling,” albeit an intense one, “which begins with a powerful attraction and sexual desire and fades to affection over the years.” Any couple well into a decade of their marriage can affirm this and inform you that the state of love doesn’t remain constant throughout their time together.

Sternberg’s Triangular Theory of Love is one of the widely acclaimed models of love. It lists the three different categories into which love is divided, each category manifesting a different aspect: intimacy, passion, and decision/commitment. These components are generally separable but overlap to a certain degree. Additionally, these are all pillars you can work on to spark the flame of romance if you didn’t feel anything for your spouse.
These citations clearly highlight that loving (or even knowing) your spouse prior to marriage isn’t a condition for happiness or stability. Not all relationships are founded on love; sometimes the best ones are based on trust and compassion.

Arranged Vs Love – An Islamic Perspective

Marriage should not be taken lightly since our significant other represents half of our Deen. The selection of spouse is the first stage of marriage where we see the controversy appear. We have all, at some point, heard of the criticisms, even from those closest to us, regarding people who choose their spouse themselves as well as those who accept their parents’ match.

“She’s too free-spirited. She’d rather choose a husband on her own than settle down for her parents’ choice?”

“He’s too pliant. He’d rather agree with whatever that’s asked of him instead of voicing his opinion.”

It seems like no matter what you do, there’s just no winning or escaping people’s opinions.
We can all agree on the express permissibility of arranged marriages in Islam. Most conservative families seek the familiarity and comfort of traditional routes. They prefer to scout and hunt for a suitable match for their son or daughter and negotiate agreements on their behalf. This seems like a safer option since the children know and trust that their elders have their best interests at heart and will be unlikely to let them traverse such dangerous waters.

Regarding love marriages, an individual is permitted to seek their life partner under certain conditions. These conditions are what distinguish the Islamic concept of love marriage from the Western model. Prospective partners are not allowed to meet in seclusion or engage in any form of pre-marital intimacy. However, they are allowed to see each other and even talk between themselves under the supervision of their guardian as long as they don’t transgress the limits set by Allah ﷻ.

The Role of the Guardian

It is essential to bear in mind that arranged marriage does not allude to force, and love marriage does not equal total freedom. While Islam has honored Muslims by giving them a choice in the matter – especially women – their guardian also has a say in it. His acceptance plays a pivotal role in the validity of marriage for women, within rights. Any marriage of a woman solemnized without the consent of the guardian is invalid. This is the ruling of Prophet Muhammad ﷺ that no amount of so-called liberal protests and progressive narratives can overturn.

As mentioned above, it is forbidden for a guardian to coerce or blackmail his son or daughter into marriage, or staying in it, with a person they don’t desire. Conversely, if a suitor approaches him with the honest intention of marrying his daughter and honoring her because he is attracted to her, and his feelings are reciprocated, he should not turn him away because Prophet Muhammad ﷺ said,

“We don’t think that there’s anything better for those who love one another other than marriage.” [Ibn Majah,1847, (Graded Hasan)]

From an objective perspective, Islam provides a win-win situation whether marriage is arranged or not. As long as it comes about as a result of legitimate means and mutual understanding and cooperation, it will be blessed by Allah ﷻ.

May Allah ﷻ grant us righteous spouses, make them the coolness of our eyes in this Dunyah, and reunite us in Jannah. Aameen.

0 thoughts on “Arranged Marriage Vs Love Marriage: A Muslim’s Quest for True Love”