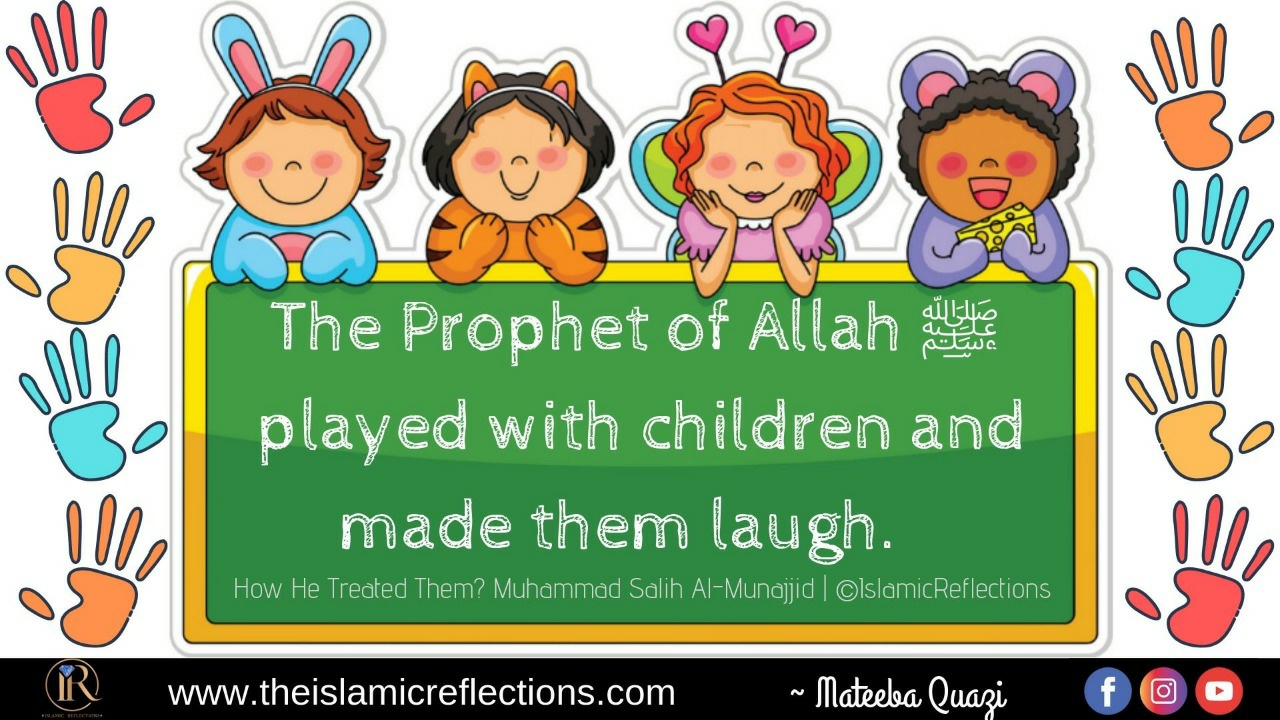 He ﷺ played with children and made them laugh.

The Prophet of Allah ﷺ was the best of people to his family and the best at maintaining ties of kinship. This is clearly seen in the way he dealt, cared for, and provided for his children in the best possible way. The relationship of the Prophet of Allah ﷺ with the children around him was based on compassion and care. He ﷺ raised his own children, step-children and grandchildren on Islamic principles and continued to look out for them even after their marriages. He ﷺ not only took care of some of their material needs, but was also there when they were in need of spiritual guidance. He ﷺ did not differentiate between his own children and his step-children or the other Muslim children in the community; he treated them all with the same love and compassion, and drew their attention to whatever was necessary for their education.

Today, child psychologists and educators affirm the efficacy of the Prophet’s methodology in dealing with children. This proves that the principles he ﷺ followed are timeless and have lost none of their significance over centuries.

“Al-Husain is from me, and I am from Al-Husain, may Allah love whoever loves Al-Husain. Al-Husain is a nation on his own.”

We see that the Prophet Muhammad ﷺ treated his children and grandchildren with great compassion, and never neglected to direct them to the straight path and to do good deeds. He ﷺ loved them and treated them tenderly, but did not allow them to neglect matters related to the Deen. He ﷺ showed them how to lead a humane life and never allowed them to neglect their religious duties. His ﷺ ultimate goal was to prepare them for the Hereafter. His ﷺ perfect balance in such matters is another dimension of his divinely inspired intellect. Prophet Muhammad ﷺ was a human like us, but Allah inspired in him such an intimate affection for every living thing that he could establish a connection with all of them. As a result, he was full of extraordinary affection for his family members and others.

How He Treated Them?