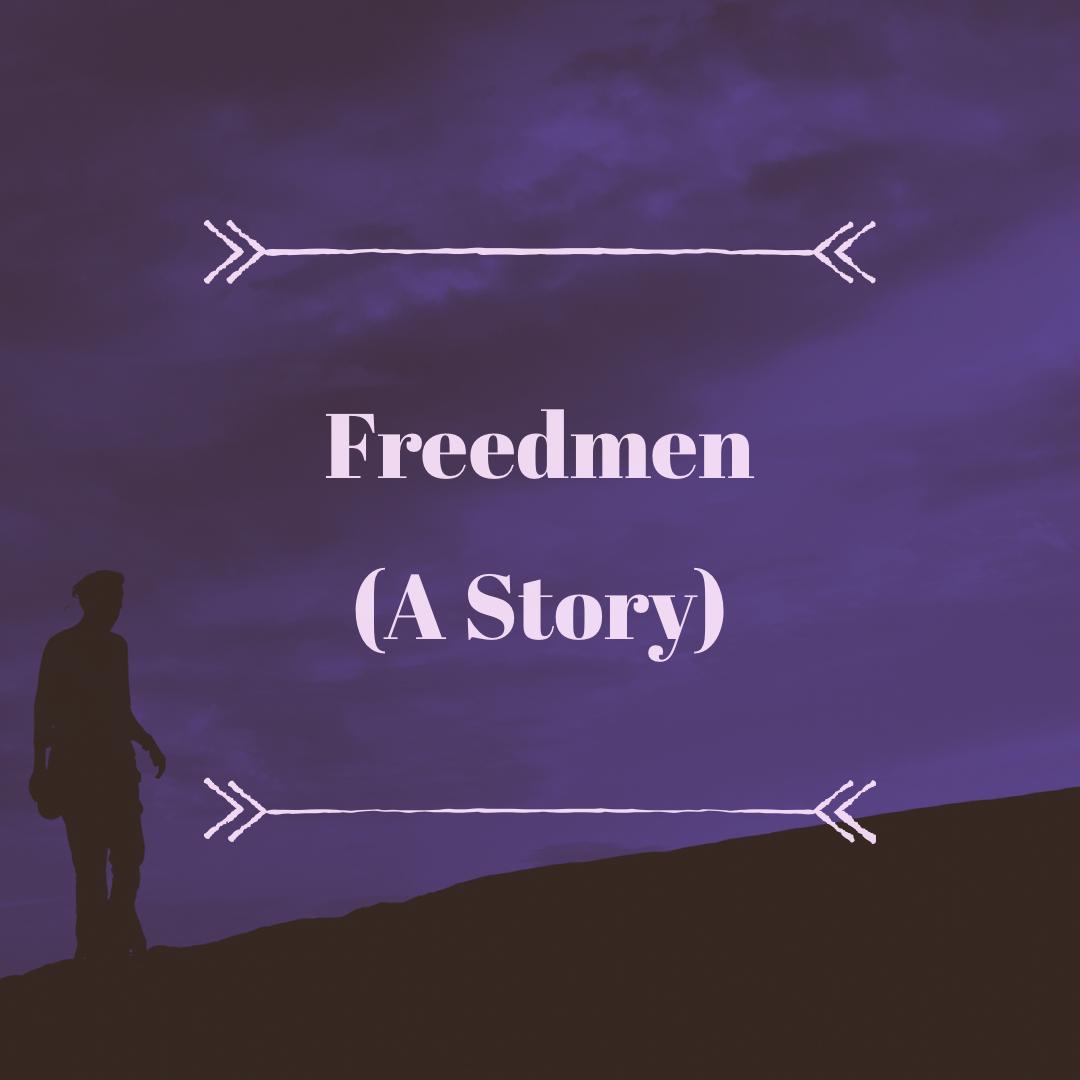 The town crier rode his horse along the paved streets of the township of Orago, calling its residents to attention. He carried a brass bell in one hand, clanging it every now and then.

At this point in history, the telegraph had yet to reach maturity and circulation, and the only sources of news from the capital were the travelers and the town crier employed by the state.

A throng had formed behind the crier, following him to the town square. It was led by the gentry, their snootiness making sure the peasants and slaves followed a little way behind them.

The crier was dressed in a red robe and bore the royal crest of the ruling monarchy. It seemed he had a proclamation of a great magnitude to make. Hushed murmurs and a cloud of anticipation engulfed the people of Orago as they gathered to hear the news.

The crier dismounted his horse with an air of gravity about him and raised himself onto a dais overlooking the people. He took a deep breath and bellowed, “Hear ye! O’ dwellers of Orago, I bring forth the royal edict of emancipation. The court, with this, releases all slaves and bondsmen from their bondage. They are, and will henceforth be, free men and not any person’s property.”

There was a deafening silence for two full breaths…

And then, pandemonium broke.

It had been four months since deliverance from slavery had been declared. Mr. Douglas had witnessed it all from his establishment’s window, which overlooked the town square.

He had seen the crowd clamoring over one another to get a hold of the town crier, taking him by the shoulders, all to make sure it hadn’t been someone’s idea of tomfoolery, and that what they had heard was indeed true. Then, there had been the cries and shouts of joy, the tears of relief when they realized it was no jest. It was chiefly the slaves who had rejoiced, and some of the white folk who saw slavery as an atrocious act against humanity.

But the upper echelon, mainly the slaveholders and plantation owners, had seen the change as a loss of a lucrative investment in manual labor. They had known it was coming— the protests and riots outside the capital foretold this would happen— but it had come sooner than presumed. The gentry had dispersed rather swiftly from the square, with looks of disdain and their noses held high in the air.

Mr. Douglas, who was in favor of the emancipation himself, had tutted his disapproval at the gentry and returned to his office to immerse himself in his work once again.

Mr. Douglas was currently employed by the capital’s gazette, The Current Times, where he regaled the masses with stories of his travels across the globe and presented his critiques of the current political philosophies.

Though his writings weren’t always well-received and seemed to cause quite a bit of stir amongst the officials, his readers fancied his witticism and quips, and the gazette would sell out rather quickly the day his prose was expected to be published.

Now, Mr. Douglas was a thinker, and what he could see and perceive of the changing situation didn’t bode very well for the days to come. Thousands of individuals had become unemployed that day, and although they had freed themselves of the whip and the sale of family members, they had lost their lodgings and daily meals. With no place to stay, it had brought them out on the streets. Children had started dying from starvation and illness, and it wouldn’t be much longer before the grown person followed.

Their freedom had come at a cost.

Another important thing the emancipation proclamation had failed to do was remove the bigotry and racism from the privileged minds. Physicians simply refused to treat the emancipated and held racist theories about them being diseased, and employers didn’t think those who had served them earlier were worthy of any wages.

A functioning society, no matter how slipshod and order-less, had been thrown into chaos.

As Mr. Douglas left his office that day, he came upon a bizarre state of affairs at Mrs. Suzy’s front door.

A plump middle-aged black woman, in a coarse cotton one-piece frock and brogan shoes, carrying a squalling infant on her hip, was incessantly knocking on Mrs. Suzy’s door. Noises of screaming children and an adult voice hollering back from inside the house could be heard on the street. Finally, the front door opened to reveal a haggard-looking Mrs. Suzy, with her clothes in disarray and her hair slipping out of its chignon so early in the day, wearing a look of controlled annoyance on her face.

“Please, Miz Suzy, take me back. I was happy mindin’ your work, Miz. I don’t need no wages, just a place to stay and some food would do.”

Letting out an exasperated breath, Mrs. Suzy replied, “You know I can’t keep you anymore, Mrs. Jones. The law has changed.”

“Freedom ain’t suited to me, Miz, we have no place to go. I was better off a slave! Please, Miz, I’ll do whatever you ask of me.”

Mrs. Suzy was a kind woman. She had never been harsh to a soul. The emancipation of slaves had left her without house servants, and the load of all the household chores had now fallen on her slender shoulders. Although she was making a great effort to oversee everything, she was failing miserably. She couldn’t find it in her heart to blame Mrs. Jones for leaving, but her coming back and asking to serve again, and with no wages at that, she couldn’t wrap her mind around it.

If she had any say, Mrs. Suzy would have leaped at the chance to have her back, but it was her husband who held the purse strings, and he believed any penny spent on employing a former slave was senseless.

A loud crash from inside the house followed by the cry of a wailing child jerked Mrs. Suzy out of her thoughts, and she rushed inside with a hasty “I’m sorry, I wish I could do more,” shutting the door on Mrs. Jones and her pitiable pleading.

The woman removed herself from her former master’s door, her chest heaving with heavy sobs. Preserving what little dignity she had left, she wiped her tears with the corner of her tattered shawl and went back to wherever she had come from.

Mr. Douglas, having observed the whole spectacle from a distance, took off towards home with a somber look on his face that hadn’t been there before.

Mr. Douglas had been lucky to get his hands on a copy of the capital’s gazette from a friendly neighbor who had just come back from the capital, and the news that had made the headline was appalling at best.

Some freedmen had banded together to give their former master a whipping, and the crowd of onlookers, mainly former slaves, were cheering on the culprits. The entire gazette seemed to be scattered with more examples of slaves taking reprisal from their masters.

Rolling the copy of the gazette under his arm, he hurried to his study, his mind whirling over what he should write for the week’s local gazette.

As he put his pen to paper, he was reminded of his travels to the East he had made quite some time ago, to what they called the Muslim world. His adventurous spirit had taken him as far as the lands of Africa.

They were strange people, the “Muslims.” Their clothing, their foreign language, their beliefs— they were all different from what Mr. Douglas was used to. What was most perplexing was that they had allowed their former slaves to trade and earn for themselves and accompany positions of power.

The largest market of their native land was owned by a former slave, and his excellent character and rectitude had demanded respect from the people. He was considered a peer, rather than someone who wore the atrocious label of a “freedman.”

The caravanserai Mr. Douglas had stayed at was also managed by a slave, but the way his owner had interacted with him, with such dignity and respect, one could be fooled into believing that the master was the slave, and the slave, the master. The guests too, who stayed at the caravanserai, had treated him as an equal. If the attendant hadn’t informed Mr. Douglas of his bondage status, he wouldn’t have fathomed it in the slightest.

As he reflected on the state of affairs of his country, he realized that the burdensome act of slavery had turned the slaves into docile, submissive characters who had lost the capacity to think for themselves and were content with following directives from their owners. The refusal of the privileged to relinquish or even share their control and dominance had conditioned them to low self-worth. And in their bid to start a new life, they had become vulnerable, their minds still unprepared to deal with the responsibility of full citizenship.

What if they too had given their slaves the fundamental rights of being a human? Would there have been no repercussions, no killings of former owners, and no senseless loss of life of the newly freed from the heedless bias of the privileged?

These questions kept tugging on his mind.

To him, it now seemed that a hundred proclamations wouldn’t have the power to remove the prejudice and sense of entitlement that centuries of slavery had etched onto the minds of people. And maybe it would take a hundred more to salvage the freedmen from the mental, emotional, and spiritual grind to finally own their freedom.

Ruminating a long time on his riotous thoughts, Mr. Douglas finally knew what he would write. Articulating his contemplations on paper, he was keen to contest the minds setting the precedent of his current society to those he had met on his travels.

Written by: Binte Mazhar
Edited by: The Editorial Team
© The Islamic Reflections Blog