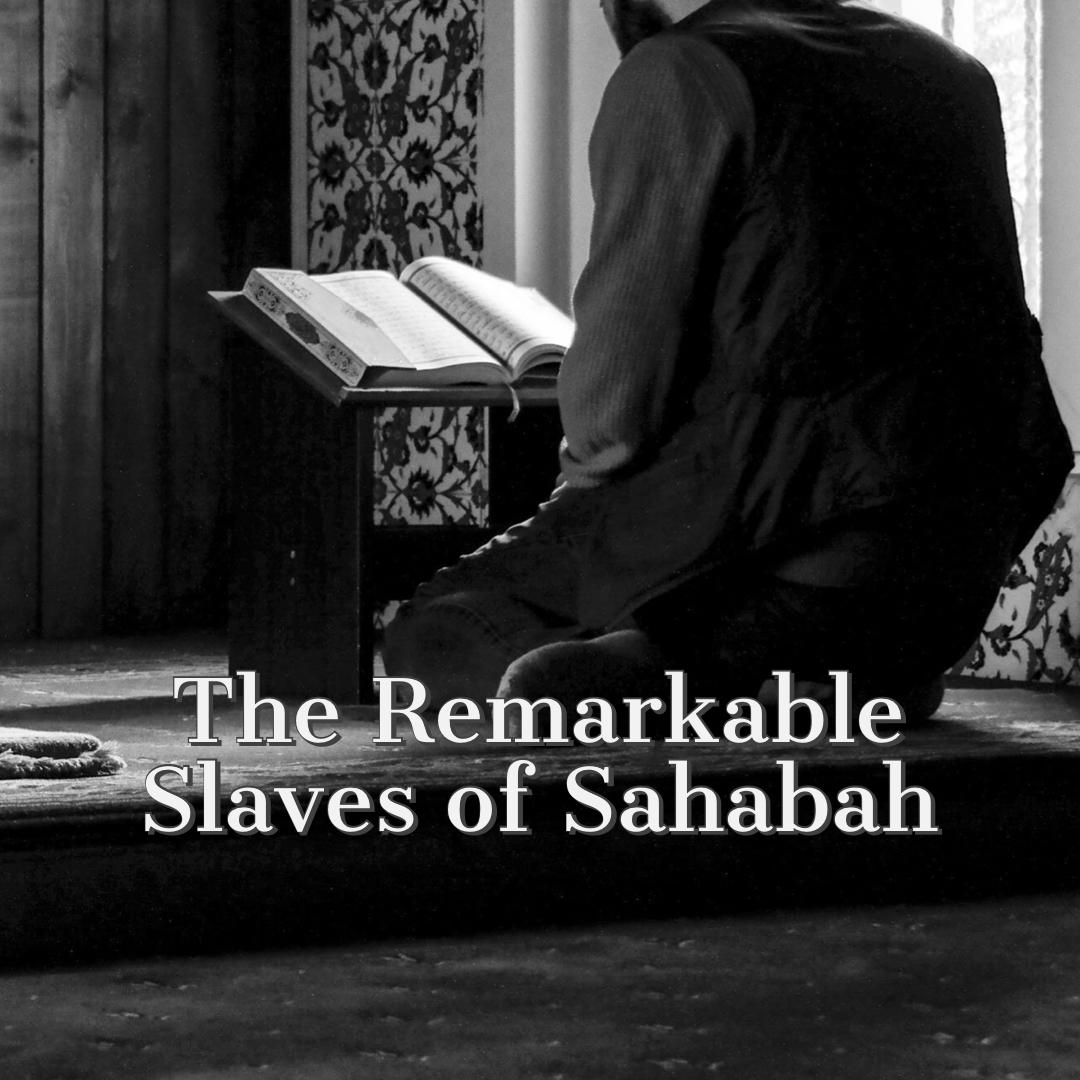 These generations of role models consist of various kinds of people, from businessmen to scientists, as well as slaves. These slaves of the past were not restricted in practising the deen due to their menial background; in fact, some of them were much better worshippers than their righteous masters. They are excellent examples to follow, and to learn about them is an honour.

There are two such remarkable slaves I would like to mention.

Naafi’ was one of the most eminent tabi’oon and the greatest faqih (jurist). He was the freed slave and the most outstanding student of Ibn Umar (may Allah be pleased with him).

He was also one of the most reliable transmitters of ahadith. His chain of narration of ahadith is an example of the chain known as “the golden chain of narration”, as he related from his master, Ibn Umar (may Allah be pleased with him), who directly narrated from the Prophet ﷺ. This chain is considered the most authentic and reliable. It is also considered the most reliable by Imam Bukhari (may Allah have mercy on him).

Naafi’ was also an excellent teacher, and one of his early students was none other than Imam Malik (may Allah have mercy on him). His teachings had a huge impact on his dear student, who went on to become one of the “Great Imaams” and also wrote books such as the Muwatta.

Naafi’ was an awe-inspiring personality. His teachings and narrations are available with us even today. There is no doubt about the narration that has Naafi’s name in it.

Al-Hasan al-Basri (may Allah have mercy on him)

He is one of the most well-known scholars and tabi’i, but not many know that he was a born-slave – both his parents were slaves. His father, Yasar, was the slave of Zayd bin Thabit (may Allah be pleased with him), scribe of the Prophet ﷺ, while his mother, Umm ul-Hasan, was the slave to Umm Salamah (may Allah be pleased with her), wife of the Prophet ﷺ.

Al-Hasan al-Basri became one of the greatest scholars of Basra. He learned under great sahabah like Uthman, Talha and many more (may Allah be pleased with them). Imam Hasan was a person of high calibre and excellence. His wisdom is extolled even today. Many scholarly works carry his name as a form of credibility. Scholars respect him for his exceptional perception and character.

Muhammad ibn Sa’ad says in his famous encyclopedia, At-Tabaqat that Al-Hasan al-Basri was all-embracing in his knowledge, a real scholar of a high standard, one who excelled in jurisprudence, reliable as a source, trustworthy, a sincere worshipper, overflowing with learning, outspoken, beautiful and handsome. He was also one of the bravest men. This was why Ibn Burdah said, “No one is similar to the companions of the Prophet ﷺ as he was.” Even the sahabi, Anas ibn Malik (may Allah be pleased with him), said, “Ask Al-Hasan for he still remembers while we forgot.”

He was an inspirational teacher in Basra, where he taught hadith, fiqh, Qur’an, and Arabic. One of his students, Abu Jafar ar-Razi, said, “I remained a student of Al-Hasan for ten years during which I always heard something new.”

He was also an advisor to many great judges, and occasionally, a judge as well. He was a close friend to Caliph Umar bin Abdul Azeez, who adored him and consulted him in administrative affairs.

Hasan al-Basri once said, “Son of Adam, you are no more than a few days. Whenever a day passes, a part of you has gone.” He passed away in 110 A.H., leaving behind a great bequest of knowledge for the future generations to ponder upon.

They are many such slaves whose description history has failed to mention, but their works still remain alive in this modern world.

The Prophet ﷺ said, “If anyone acquires knowledge that should be sought seeking the Face of Allah, but he acquires it only to get some worldly advantage, he will not experience the arf, i.e. the fragrance, of Paradise.” [Sunan Abi Dawud 3664]

In today’s world, where we run behind worldly knowledge, it is sad to see how few in number there are to acquire the knowledge of deen with utmost sincerity.

These great role models did not strive for fame; they sought to please Allah ﷻ. These scholars, who were once slaves, never questioned being born in that background; rather, they endeavoured to become the best in deen. Their life and work are an inspiration to the students and seekers of knowledge. We, as Muslims, must reflect upon the knowledge and wisdom they have shared, as they are from the “best of generations”.