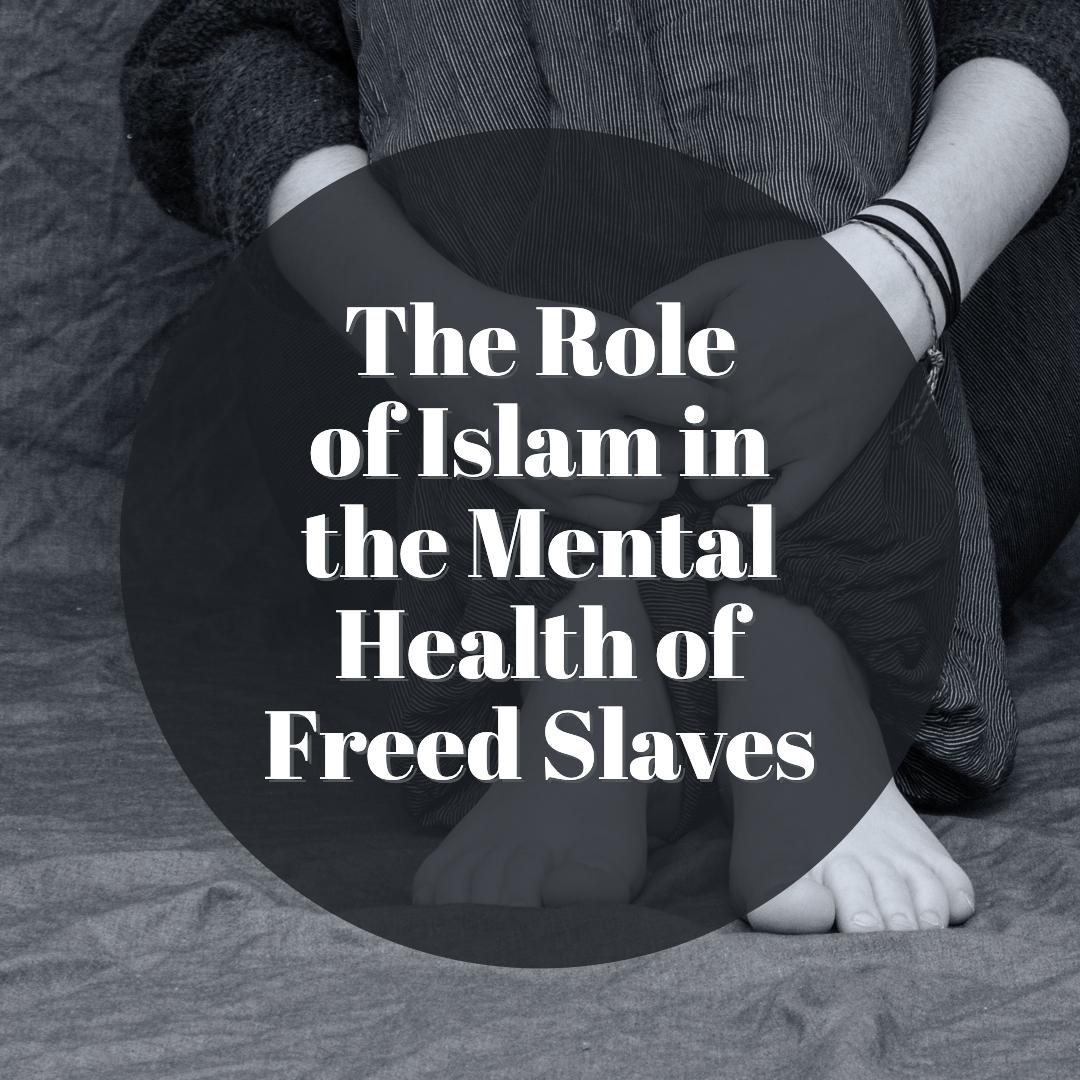 Throughout history, slavery was spoken about negatively due to its detrimental effects on those serving as slaves. With the coming of Islam, the emancipation of slaves was promoted, and gradually afterwards, the cry for democracy rang throughout the world. Many people rejoiced after gaining independence and leaving the clutches of their oppressors. However, different forms of slavery are still present, commonly known as “modern-day slavery”, in the form of forced labour, sex trafficking, domestic servitude, and so on. Nevertheless, the questions that need addressing are: Are one’s chains really broken after being ‘free’? Will this person be treated the same as any other free person? Will they be able to manage their emotions and go beyond their past?

When addressing the mental health of freedmen, we need to look at their perceptions and emotions towards life after being freed from slavery. The human mind captures whatever it sees, hears, feels, smells, and tastes. A person’s experiences are stored in the subconscious mind. Sometime later, it resurfaces to the conscious mind, and one reacts to what they remember of the different emotions they have experienced. Most slaves undergo torturous experiences under their masters, such as being worked to the point of exhaustion, brutal beatings, cruel words, separation from loved ones, and so on. When freed, they suffer from mental illness due to what they experience; partly due to what they remember of their past, and partly from the circumstances that arise when trying to build their life once again. Some of the mental problems that are faced by a slave after being set free are:

Often, a person will be reminded of traumatic events that occurred in the past, causing them to feel distressed. For a freed person, the turmoil that they underwent as slaves, whether physical or mental, is engraved in their mind. Constantly thinking about such past events can make them feel regretful, resulting in satanic thoughts that could make them question why they had to undergo such an experience.

In Islam, we are taught to accept that a believer will be tested frequently, and whoever is patient will be rewarded abundantly. Hence, Islam tells one to equip themselves with strong eemaan, accompanied by righteous deeds. One should also remember the expiation for sins and the purification and rising of their status that occur whenever they are struck with harm in this life. The Prophet ﷺ said,

“No fatigue, nor disease, nor sorrow, nor sadness, nor hurt, nor distress befalls a Muslim, even if it were the prick he receives from a thorn, but that Allah expiates some of his sins for that.”

Post-traumatic stress disorder is a set of reactions that can occur when someone has experienced a traumatic event. These reactions can be in the form of nightmares, flashbacks, heart palpitations, phobias, obsessive-compulsive disorders, and so on. These reactions are evident in some freed slaves who were previously harmed.

In the Qur’an, the word “dheeq” is used to signify psychological stress. The antidote of “dheeq” is dhikr (remembrance of Allah ﷻ). Becoming distant from Allah ﷻ might increase one’s likelihood of such disorders. Allah ﷻ says,

“And whoever turns away from My remembrance – indeed, he will have a depressed [difficult] life, and We will gather [raise] him on the Day of Resurrection blind.”

Some who are in severe mental distress can undergo Islamic counselling and psychotherapy.

Most slaves have been affected by discrimination from the times when traditional slavery was the norm to the present day.  Discriminatory behaviour does not only affect the slaves, but their descendants too are impacted by it. Insults and other mocking names such as “abeed” (meaning “slave”) used for certain people from a particular tribe or religion, who were previously slaves, are insensitive and hurtful.

Islam prohibits arrogance and promotes equality. No matter one’s worldly status, there is no one better than another in front of Allah ﷻ except in terms of piety. We should be sensitive when addressing those who are less fortunate, especially the freed slaves.

Another common problem faced by freed slaves is their inability to interact and trust other people. After a torturous experience, most people would be hesitant to become comfortable with others; they will be cautious of their actions. This is why Islam stresses on the importance of brotherhood and social support.

Islam teaches us to respect other people, regardless of their status in society. This respect raises their self-esteem, which is particularly important for freed slaves. Self-esteem helps them to collect themselves and live peacefully. Bilal (may Allah be pleased with him), a freedman, was given honour upon entering Islam. He was given the status of the muadh-dhin. He was also accepted among the sahaba (may Allah be pleased with them) and treated as a brother. This is also true for others like Salman Al-Farisi (may Allah be pleased with him), a Persian freed slave, who was respected among the companions, and whose plans the Muslims heeded to in the Battle of Khandaq, which earned them the victory.

Thus, besides playing an essential role in the uplifting of slaves, Islam also aids in their mental well-being after their emancipation. Unfortunately, this is not practised today by the majority. Discrimination has prevailed, which is imposing evil on those who are less privileged in society. The negative impact one could possibly have on the mental health of their own brothers is often not realised. With the teachings of Islam, it is upon us Muslims to be aware and assist our brothers and sisters and make them among us.

Written by:  Buthayna Abdulhalim
Edited by: The Editorial Team
© The Islamic Reflections Blog