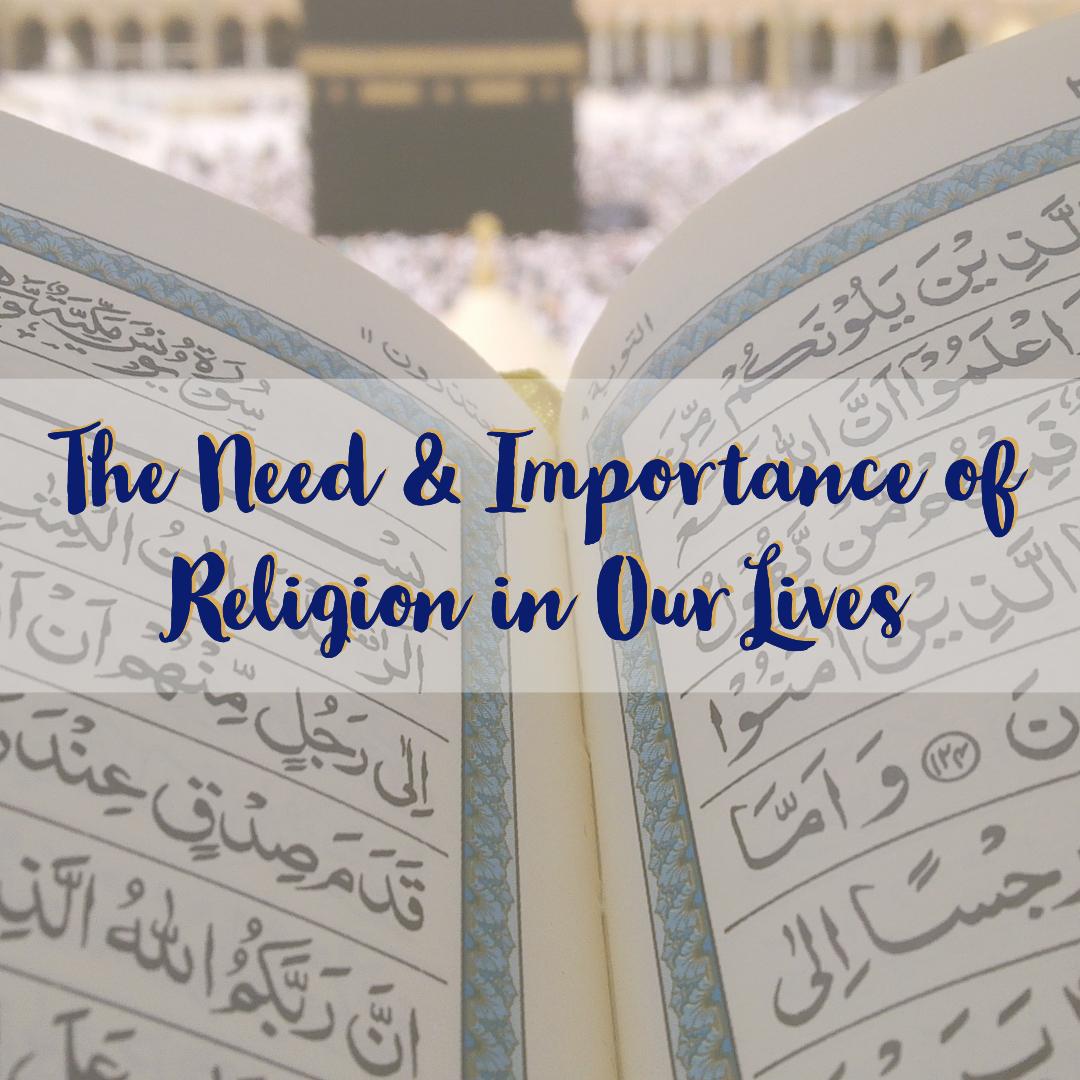 We live in a time where, besides the monotheists and polytheists, there is an equal number of people who ask “why do we need religion?” This article is written with the best efforts to answer this question.

To Understand the Purpose of Life

“I did not create jinn and humans except to worship Me.”

Religion is the only entity that guides us to the purpose of existence. Without it, we would not know the answers to questions such as: Why are we here? What follows death? What is needed from us? What does existence mean?

Without religion, the universe will regress to blindness and nihilism. The world will become a dark place where no one knows the point of creation.

To Distinguish between Good and Bad

Man has been bestowed with free will, the freedom to make his choices. In order to make choices, one must know what is good and bad, what is beneficial and harmful to him, and the consequences of his own actions. There are some things that we know instinctively, some by rational thinking, and some can only be understood from the guidance and teachings of the Messengers of Allah (may peace be upon them all).

Man’s need for religion is greater than any necessity in life because his knowledge is not profound. In order to ward off harm and to avoid earning the displeasure of Allah ﷻ, we have been blessed with the sharee’ah (Islamic Jurisprudence), and only sharee’ah enables us to distinguish the good from the bad accurately.

To Fulfill the Needs of Body and Soul

No matter how many ideas and theories emerge, or to what extent modern technologies advance, the needs of the body and the soul cannot be fulfilled without religion. If man is far away from religion and his Lord ﷻ, his level of knowledge and understanding will lead to ignorance of Allah ﷻ and His divine attributes. This, in turn, will lead to ignorance of his own self; what is good and bad for him, what the path of bliss and doom is. This will further lead to regression from his natural state of submission to Allah ﷻ to pride and arrogance and sinking to the level of animals – which is harmful to both his body and soul.

Similarly, religion acts as an anchor to the human soul, a rope to hold on to survive in despair. Allah ﷻ says in the Qur’an,

“And We will surely test you with something of fear and hunger and a loss of wealth and lives and fruits, but give good tidings to the patient.”

No man is free from tests. And through the positivity and encouragement that Islam and its teachings provide, people are naturally inclined to seek the noble decree.

To Understand the Value of Man

How is the value of a man measured? It is not by his material size, the number of his atoms, or the energy level of his cells. The value of a man is measured by his manners i.e., how he complies with the divine obligations within himself.

Abu Hurairah narrated that the Messenger of Allah ﷺ was asked about that for which people were admitted into Paradise the most, so he ﷺ said,

While we can categorize a man as good or evil, we are unable to classify a mountain or a tree as good or evil because it is only humans who can uphold values, purpose, and meaning. Only man can perceive the meaning of existence.

A Source of Discipline to Individuals and Societies

Man’s voluntary actions are governed by often unseen and unheard religious beliefs, which guide and discipline his heart. Man is predominantly driven by these beliefs, and if these are sound, then his actions are sound. If these beliefs are corrupt, then his actions tend to be corrupt. Discipline primarily stems from man’s learning of – and attachment to – his religion.

On a greater scale, religion determines if people treat one another with fairness and justice. This is why religion inevitably becomes a social necessity. It is religion that protects a society by regulating the relationships between its people, defining their duties and protecting their rights. Religion comes with the power to guard the nobility of a society, aids in the coherence of society, offers stability to its systems, and acts as a means of peace and security.

In conclusion, when existential questions such as “Why do we live and what happens after we die?” are put forward to an atheist, they will either resort to fallacious arguments or remain silent. Hence, religion is a natural requirement to learn the purpose of our existence, perceive moral values, distinguish good and bad, and understand the wisdom behind creation.

Written by:  Taz Iris
Edited by: The Editorial Team
© The Islamic Reflections Blog