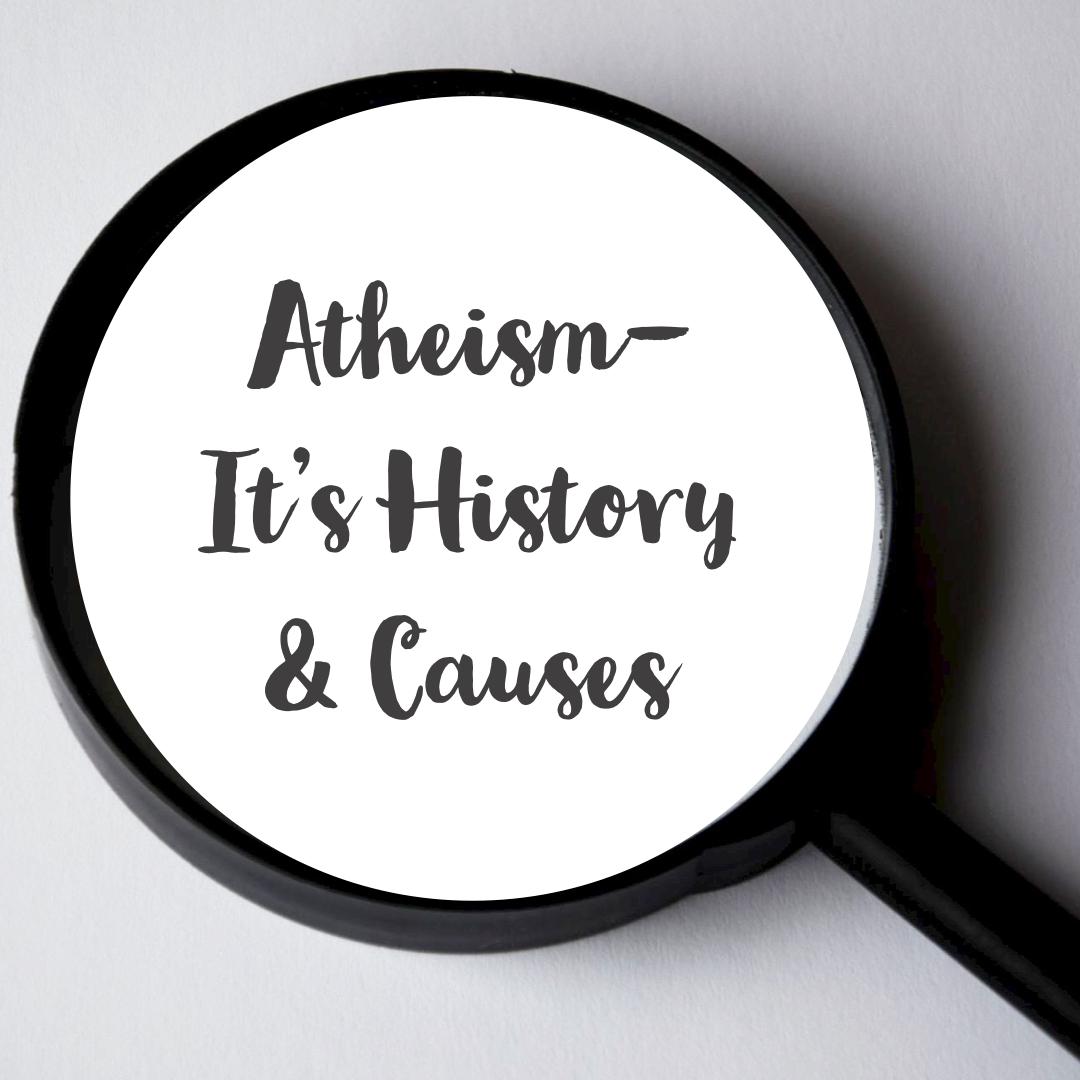 Atheism comes from the root “a”, a Greek prefix, meaning “without”, and “theos”, meaning “God”. Together, it means “without gods”. This term was originally used to label those who were thought to be impious, or in debates between early Christians and Hellenists, where each side used it to label the other in a bad way. In short, it was an insult to call someone an atheist.

In the book A History of God, Karen Armstrong states, “During the 16th and 17th centuries, the word atheist was still reserved exclusively for polemic,” meaning that it was used to describe an aggressive attack on, or refutation of, the opinions of another.

It was only in the late 18th century that the word “atheist” began to be encouraged and referred to those who disbelieved in the monotheistic Abrahamic God. In the 20th century, the usage of the term further developed to refer to those who disbelieved in all deities. Moreover, atheism was different from one society to another. For instance, atheism in a polytheistic society was different from atheism in a monotheistic society.

No specific date can be proven to denote the beginning of atheism. Historians suggest three figures as the first atheist writers: the Greek and Roman philosophers Epicurus, Democritus, and Lucretius. These three changed the idea of God, but they didn’t entirely deny His existence.

Epicurus (341-270 BC) brought forward the theory of materialism, “The only thing that exist are bodies and the space between them.” He also thought that the soul was made of a material object; therefore, when the body died, the soul died with it. Thus, he denied the existence of an afterlife. He believed that God might exist, but also that He had nothing to do with human beings.

Lucretius (99-55BC) had a similar theory and stated that humans did not need to fear the supernatural, as God had no way of influencing the world.

Democritus (460-370BC), the formulator of the first atomic theory for the cosmos and known as the “father of modern science”, was one of the earliest atheist writers. He claimed that God had no significant role in the creation or maintenance of the universe; rather, atoms existed eternally and moved randomly in space until they collided and formed larger units, which led to the expanding and growing of the universe and the various forms of life.

Throughout history, different figures emerged with similar theories. Most of them were philosophers, poets, scientists, architects, communists, mathematicians, and activists. Among them were:

There are intellectual and non-intellectual reasons behind the emergence of this phenomenon.

People usually are influenced by the way they are brought up, their cultures, or their education system. For example, China is a communist country, its government is officially atheist, and it has the largest irreligious population. As a communist country, its education system and culture would naturally be of an atheistic nature, and those who were raised there would naturally adopt that system. It is the same as what the Qur’an states about those who follow the footsteps of their forefathers blindly,

“And similarly, We did not send before you any warner into a city except that its affluent said, ‘Indeed, we found our fathers upon a religion, and we are, in their footsteps, following.’”

1. The Law of Probability

W.K. Clifford, an English Mathematician and Philosopher, wrote in his famous essay The Ethics of Belief, “It is wrong always, everywhere, and for anyone to believe anything upon insufficient evidence.” Therefore, in accordance to atheism, anything without concrete evidence cannot be believed

2.The Presumption of Atheism

The philosopher Anthony Flew wrote that we should assume that God does not exist and put the burden on those who believe in God to prove that God does exist.

3. Reasons That Treat God as Unnecessary

There are two ideas that try to justify this reason. The first is that science explains everything. Second is the Occam’s Razor. Occam’s Razor is a philosophical idea popularized by William of Occam in the 14th Century. It states that the simplest answer is the best answer. Thus, an atheist would argue that since the entire universe and creation can be explained by the evolution of cosmology, we don’t need the existence of another entity called God. Both theories hold the view that if science can explain everything, then why God’s existence is needed.

There are a number of traditional arguments that used to prove the existence of God, but they were refuted by atheists.

a) The Argument from Design i.e., the Universe is beautiful, perfectly designed, and only God could have designed it. An atheist would refute this by saying that the universe isn’t particularly beautiful or orderly, and even if it was, why should there be a designer if modern science proves that most of these natural objects are nothing but products of processes such as evolution.

b) The first cause argument states that everything has a cause. Therefore, the universe must have a cause, and that cause must due to God. And since the universe exists, God must exist in order to cause it to exist. Atheists refute this by asking what caused God then.

5. The Problem of Evil

There are other reasons that are related to science and the history of thought, treating God as a psychological factor, and people who criticized religion.

These are some of the reasons that caused the emergence of atheism throughout history. When atheism began to raise its ugly head and threatened to undermine the Islamic foundation of the presence of the Creator, Islam came and proved that the universe did not come out of the blue and that all the creation, including human beings and the whole universe, is clear evidence of the existence of God.

“We will show them Our signs in the Universe and within themselves until it becomes clear to them that it is the truth. Is it not enough that your Lord is a Witness over all things?”

Accordingly, as Islam was established, through the Qur’an and teachings of Prophet Muhammad ﷺ, it refuted all atheists’ claims accurately.

Written by: Umm Abdullah
Edited by: The Editorial Team
© The Islamic Reflections Blog