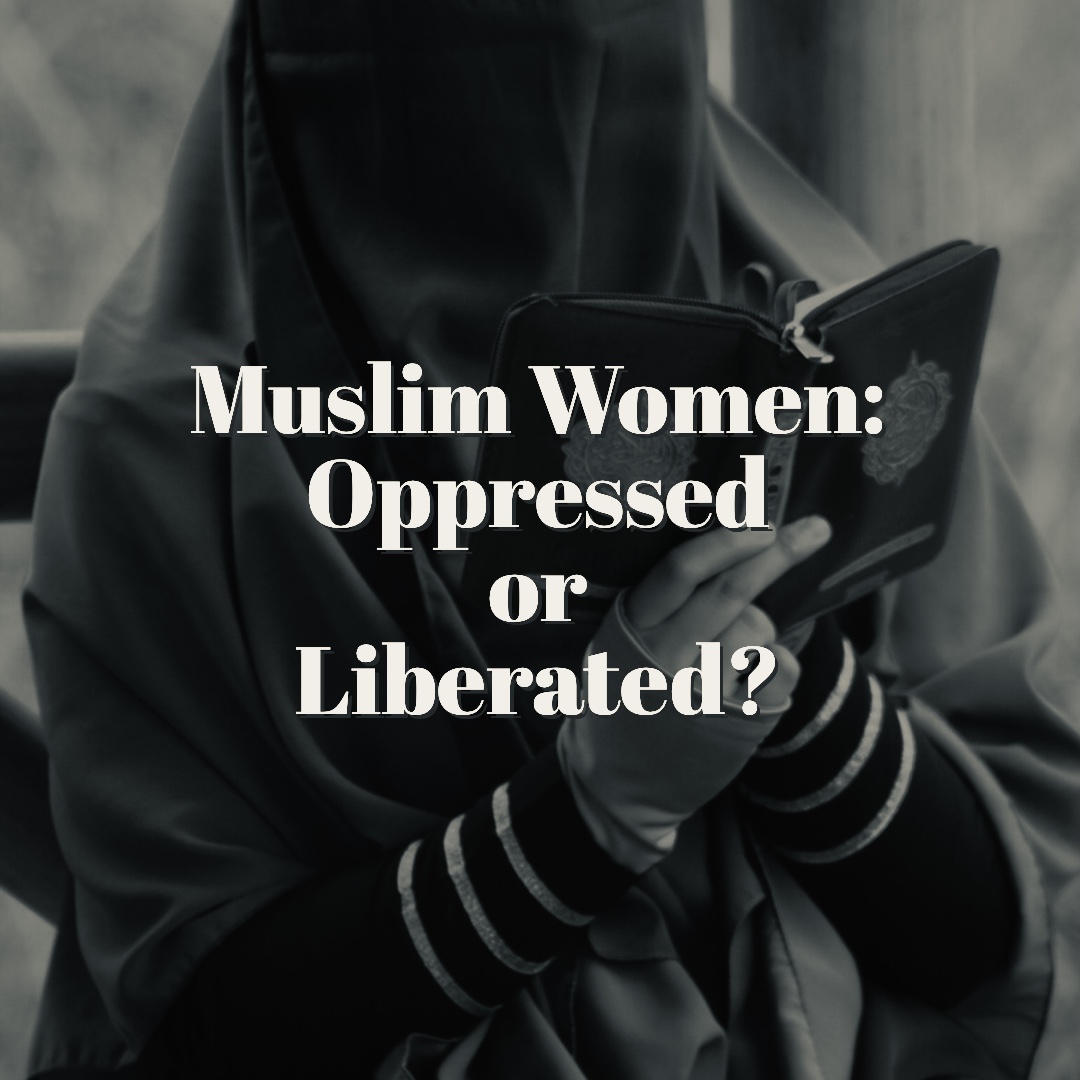 At a time when women are standing up for themselves, demanding equal rights, and feminism is becoming a raging phenomenon, it is natural that it has made its way in Muslim society as well. The concept of feminism can be defined as the fight for equal rights for women in all walks of life. It campaigns to establish equality of sexes and fight against the differential and inferior treatment of women.

There is a common misconception among liberal Muslims, and non-Muslims alike, that Islam is biased towards men and restricts women’s freedom and rights. However, the truth is far from these wrongful claims of those who believe that Muslim women need the current ideology of feminism to free them from the shackles of the so-called misogynistic Islam. The rights bestowed upon them by Islam are ideal for them to lead dignified and happy lives.

Allah ﷻ, The Most Wise, has made Islam an epitome of Justice. There is wisdom behind every small detail in Islam. He ﷻ has given us rights according to our needs and situations. Men and women have been given different rights, not because women are inferior to men, but because they have been given rights according to their specific capabilities, roles, responsibilities and situations. Allah ﷻ says in the Qur’an,

“….And they (women) have rights similar (to those of their husbands) over them to what is reasonable, but men have a degree (of responsibility) over them. And Allah is All-Mighty, All-Wise.”

Islam gave women the right to education fourteen hundred years ago. In fact, seeking knowledge is mandatory for every Muslim. Aisha (may Allah be pleased with her), mother of the believers, was a scholar at a time when the idea of a female scholar was unknown.

Some modern societies and countries are yet to let go of the ancient tradition of a female child being considered a burden or disgrace to her father. Female infanticide, an evil act, is still furtively prevalent in civilized societies. Women have been raising their voice against this for quite some time now. However, if we go back in time, we will find that this heinous crime was rampant before Islam, and it was Prophet Muhammad ﷺ who stopped the people of Arabia from killing their female newborns.

“He, who brought up two girls properly till they grew up, he and I would come (together) (very closely) on the Day of Resurrection,” and he interlaced his fingers (for explaining the point of nearness between him and that person).

As mentioned in the hadith above, the fathers who care for their female children have extremely high rewards bestowed upon them by Islam. It would be unnatural to question whether women today need Islam in their lives.

Even when the world has developed so much, there are societies that treat women with contempt and scorn. Women in apparently civilized and highly modernized societies are considered objects of lust rather than human beings with emotions and feelings. Islam, on the other hand, encourages mankind to treat women with honour. Something that is being fought for in the 21st century was made mandatory for Muslims through the Qur’an and sunnah in a desert land, at a time when they rode camels and had no fancy advancements to boast about.

We are well aware of domestic violence, a vice, especially against wives, that sadly still exists. If only every man followed the Qur’an and sunnah as they should, this wouldn’t happen. Islam instructs men to treat their wives with love and respect, something that many men seem to ignore or forget. Men are made the maintainers and protectors of women, and they should play these roles with utmost diligence and sincerity, hoping to reap rewards from Allah ﷻ.

“…And live with them in kindness….”

“…I advise you to take care of the women.”

An aspect of Islam that is widely criticized is the concept of hijab. To the misinformed sections of the society, hijab seems to be an obstruction to the freedom of Muslim women. They see it as a misogynistic practice that limits the liberty of women, making them slaves of Muslim men. Fortunately, this is far from true. In addition to its many virtues, hijab protects women from the lecherous gaze of men who have no control over their desires. Hijab is modest clothing, not only for women, but Islam has prescribed hijab for men too. Men have to cover their bodies from their navel to knees (men’s aurah). And just like women, men aren’t allowed to wear transparent and fitted clothes that expose the aurah. Men are also to observe the hijab of the gaze, which is done by lowering their gaze and not looking at women.

Women, like men, have been given their rightful privileges in Islam. If there are restrictions for either of them, they have been placed for their own benefit, and the human knowledge and wisdom are far too limited to comprehend all the benefits that come with the limitations set by the Creator ﷻ.

Nevertheless, from this article’s brief insight into the status of women in Islam, one can realize how Islam has always given its women their due rights and dignity, even before the concept of women empowerment and feminism came into existence. So, alleging that Islam oppresses its women doesn’t add up, especially when such claims are based on a few rules that go beyond human understanding. To further understand how highly Islam treats women, one must study the Qur’an and sunnah in detail, the only true sources of authentic Islamic knowledge.

May Allah ﷻ make us among those who seek the correct knowledge of Islam and practice it to the best of their ability.