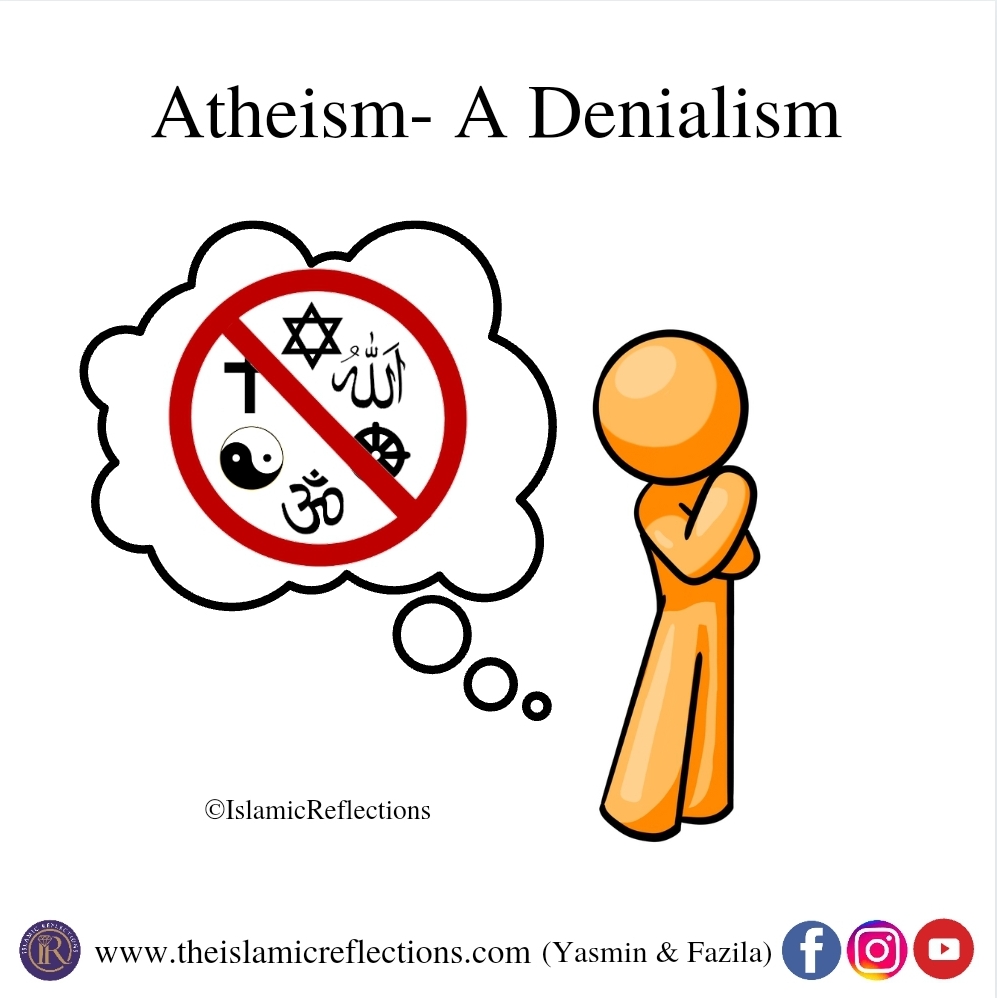 The dahriyyah (atheists) believe and argue that nothing in this universe was created but has existed ever since life came about. Although they make a lot of claims, the one most commonly spread and talked about is that of no existence of a God.

Atheism, in simple terminology, signifies denying the existence of the Creator and not acknowledging who He is. It is quite mind-boggling how atheists so easily believe that something as miraculously spectacular as the universe, with its numerous galaxies and billions of stars and planets, came about all on its own, that such an enormous body just casually exists with perfection and precision down to its minutest unit.

And Allah ﷻ rightly asks, “Or were they created from nothing, or are they their own creators?”

Allah ﷻ further states the inaccuracy of their claims in the Qur’an,

“And they argue, ‘There is nothing beyond our worldly life. We die; others are born. And nothing destroys us but the passage of time’. Yet they have no knowledge in support of this claim. They only speculate.”

Allah ﷻ says that “they only speculate”, which is clearly supportive of the fact that their claims are unreasonable and illogical.

Also, one of the worst characteristics of an atheist that most likely distinguishes them from the disbelievers (kaafir) is that they are arrogant and stubborn to such an extent that they deny all signs of truth. However, many scholars of Islam who have studied atheism have said that the atheists are mostly pretending and that deep down they do believe in one Supreme Lord.

Sheikh Al Islam Ibn Taymiyyah (may Allah have mercy on him) said, “Kufr (disbelief) means not believing in Allah ﷻ and His Messengers (peace be upon them), whether rejecting, or it consists of doubt and uncertainty about the issue, or ignoring the issue altogether, out of envy or arrogance or following whims and desires that divert a person from following the Message. However, the kaafir who rejects and disbelieves is in a state of greater kufr, although the one who rejects and denies out of envy, even though he believes that the Messengers brought the message of truth, is also in a state of kufr.” [Majmoo’ al-Fataawa, 17/291]

Atheism is one of the worst acts of disobedience, and we must be careful and pray to Allah ﷻ to protect us from it.  May Allah ﷻ always keep our hearts firm upon tawheed, grant us hidaayah (guidance), and protect us from such diseases of the heart.

Written by: Yasmeen and Fazila
Edited by: The Editorial Team
© The Islamic Reflections Blog