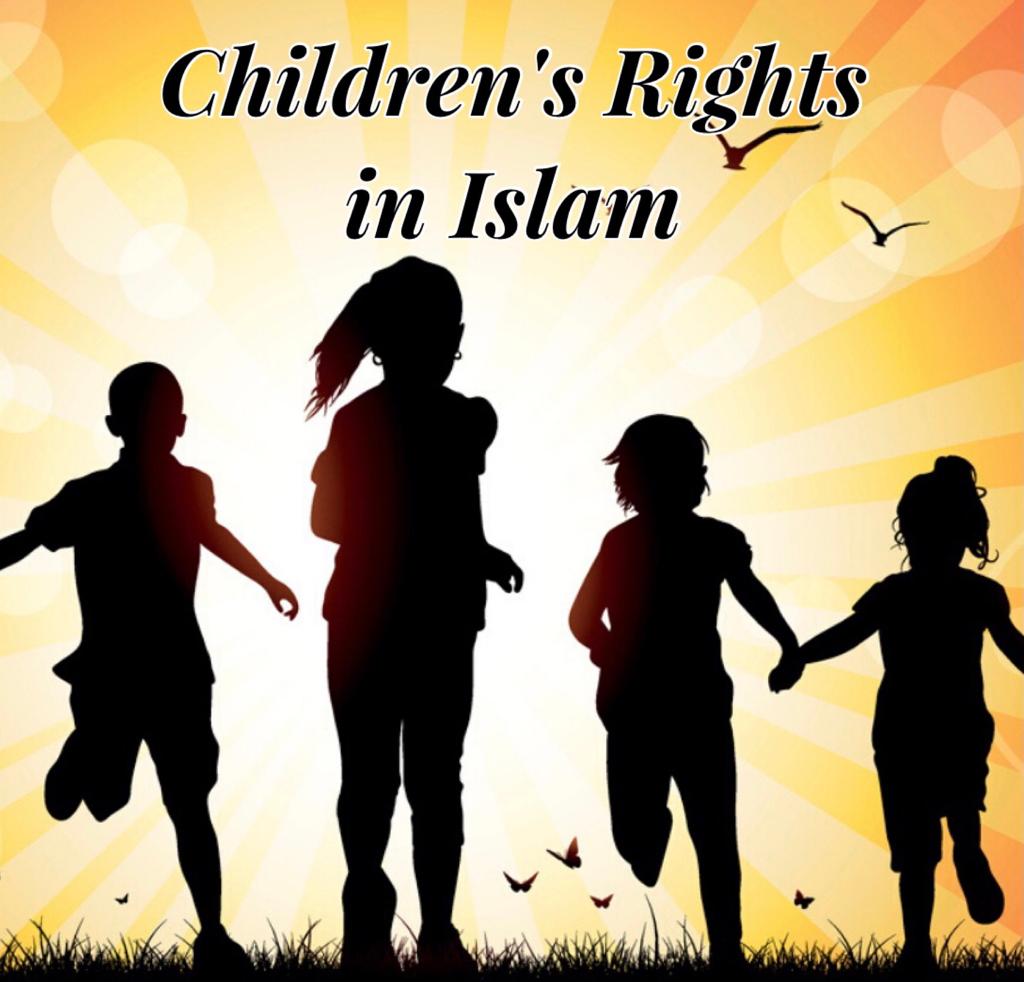 The Qur’an and Sunnah are the bedrock of Islam. They are the primary sources of the shari’ah, the spring from which the nectar of life gushes forth to sustain our existence. All aspects of human life have been perfectly illuminated by the shari’ah so that Islam becomes a complete code of human conduct.

The shari’ah has placed great attention upon children in order to establish a solid society of individuals free from corruption. Children are an amaanah from Allah ﷻ under the care of their parents. They have rights and duties over their parents, just as the parents have rights over their children.

Herein below, we have cited a few rights that children have in Islam.

From the first stage of life, Islam protects children by forbidding abortion (barring a few exceptions). Once children enter this world, Islam secures them by affirming their lineage to their parents.

In the Jahiliya period, there was an inhuman practice among some people of Arabia of sacrificing their children in the name of Gods or killing them due to economic problems. Even in modern times, abortions are induced in different parts of the world for no valid reason. Sadly, many Muslim women also undergo an abortion without a legitimate reason.

Islam has strictly prohibited the killing of children and declared this act as the most gruesome cruelty and heinous crime.

“And do not kill your children for fear of poverty. We provide for them and for you. Indeed, their killing is ever a great sin.”

In these modern times, the rabid and morbid desire to be advanced is causing people to give their children exotic and trendy names. People choose to call their children unique names to the extent that they overlook if the name has a good meaning or not.

It’s the children’s vested right to be honoured with good, meaningful names. Selecting the names of children should be done with the intention that they will be blessed with what they have been named with.

“The names dearest to Allah are Abdullah and Abd ar-Rahman.”

Aqeeqah (slaughter of two sheep for a boy and one for a girl) is the sacrifice offered on behalf of the newborn. It’s recommended to offer it seven days after the birth of the child. However, there is no sin if it is delayed, and it should be offered when the person is able to do so.

“…The Prophet ﷺ ordered naming the child on the seventh day, removing the harm from him, and Al-Aqq (removing the hair and slaughtering the animal for aqeeqah).”

Cleanliness being half of faith, Islam recommends circumcision as a way of purity.

“Five are the acts of fitra: circumcision, removing the pubes, clipping the moustache, cutting the nails, plucking the hair under the armpits.”

Generation after generation, children grew healthy and well because of natural suckling. The Qur’an says,

“Mothers may nurse [i.e., breastfeed] their children two complete years for whoever wishes to complete the nursing [period]. Upon the father is their [i.e., the mothers’] provision and their clothing according to what is acceptable. No person is charged with more than his capacity. No mother should be harmed through her child, and no father through his child. And upon the [father’s] heir is [a duty] like that [of the father]. And if they both desire weaning through mutual consent from both of them and consultation, there is no blame upon either of them. And if you wish to have your children nursed by a substitute, there is no blame upon you as long as you give payment according to what is acceptable. And fear Allah and know that Allah is Seeing of what you do.”

The exploitation of children in the form of child labour is a serious problem today. Many children in the early stages of their lives are forced to work for meagre wages. Parents coming from the lower rungs of society send their children to earn money to support the family.

According to the teachings of Islam, the maintenance of children is the responsibility of parents. They should be properly taken care of and brought up with due affection. If the parents fail to discharge their responsibility, they will be held accountable.

“It’s sufficient sin for a man that he neglects him whom he maintains.”

In Islam, every child, regardless of gender, has the right to acquire useful information, to study sound knowledge, and to attain the best kind of training to become mature human beings who can fulfil their responsibilities.

Parents must adopt an impartial and equitable attitude towards their children. They should not exhibit discriminative behaviour by favouring one child and discomfiting the other.

When it comes to inheritance, some people believe that if they spend a lot of money on their daughter’s wedding, they are entitled to distribute their inheritance among their sons alone. This discrimination is entirely against the shari’ah. The shari’ah states that daughters are entitled to a share in the property of their parents, and they should be given their due in it. No one can change the rights confirmed by Allah ﷻ.

A new trend of discrimination against female children has been observed in the field of health and hygiene. Some parents deny proper treatment to their daughters when they suffer from a chronic disease. In the case of their sons, they are, however, willing to spend much more to preserve their health.

In such contexts, it’s important to recall what the Prophet ﷺ said,

“…Be afraid of Allah and be just to your children…”

Likewise, it is important to impart knowledge of worldly matters so that the children can lead a decent life.

Parents should be careful not to give their children too much freedom, as it can be misinterpreted by children for the allowance of rude behaviour and bad habits. Rather, they should direct and assist them to adopt decent manners.

Special attention should be paid to the upbringing and education of Muslim daughters too. The shari’ah has consolidated this issue in a manner that is directly relevant and beneficial to Muslim girls – raising their status, dignifying their value, and educating them to be obedient servants of Allah ﷻ. Allah ﷻ has promised a great reward for the caring, believing parents, who educate their daughters in a noble manner. The Prophet ﷺ said,

“Whoever raises two girls, then I and he will enter Paradise like these two.” And he indicated with his two fingers.

Other Rights of Children

Children are too young to be aware of their rights. Therefore, to ensure these rights are observed, Allah ﷻ has taken the responsibility of clarifying them, and the Prophet ﷺ has explained them in detail. Those who observe these rights decreed by Allah ﷻ will be rewarded for that, and those who deprive anyone of their rights will be punished for that as well.

Let’s live up to the standards that Allah ﷻ expects of us, acquaint ourselves with these rights, fulfil our obligations, and save ourselves from the punishment in case of default or negligence. May Allah ﷻ help and make easy on us this onerous task. Aameen!